Parking just got a whole lot harder for the Kardashians.

Spotted all around Hollywood, California, “No Kardashian Parking Anytime” signs are popping up on street posts.

Most hilariously, one has been posted in front of Dash, the store owned by Kim and the rest of the Kardashian sisters. 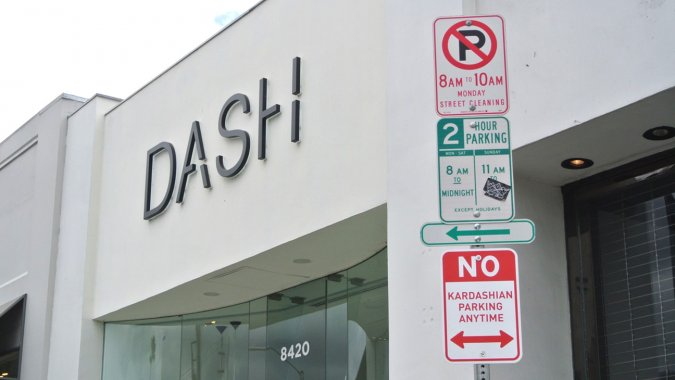 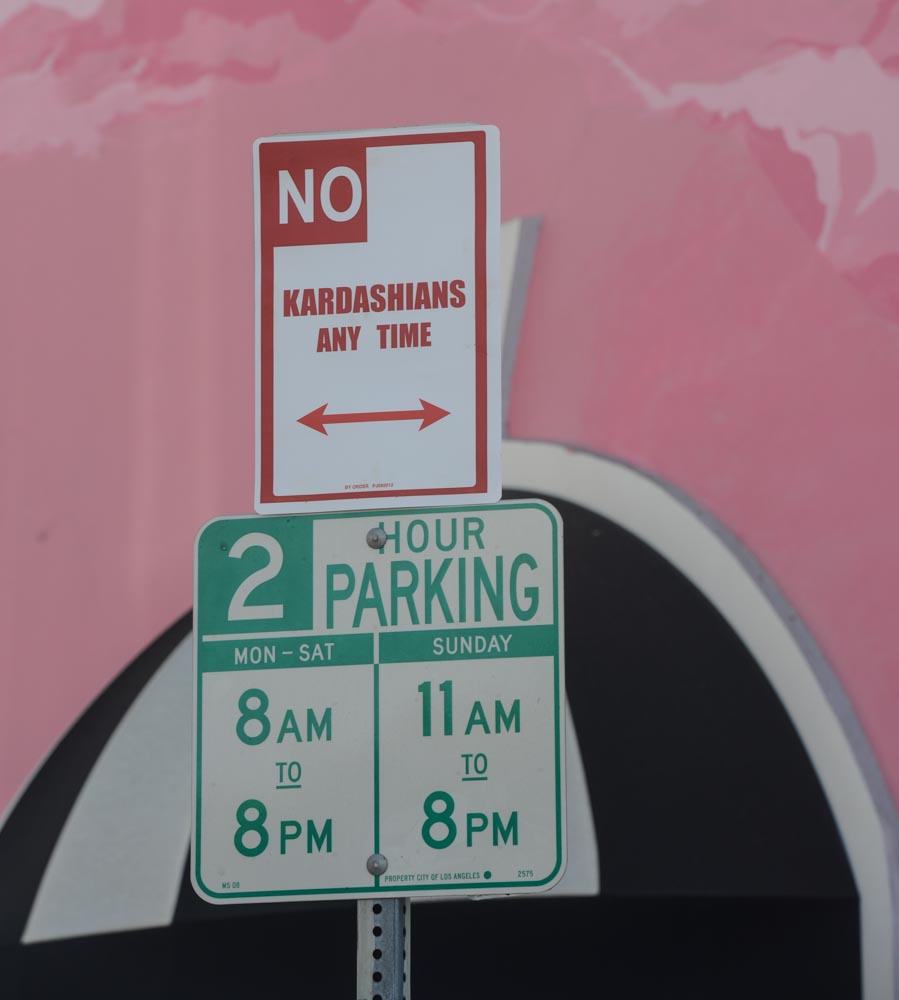 The street artist is Plastic Jesus, most famously known for his “Stop Making Stupid People Famous” tag, and is known as the Banksy of Los Angeles.

Plastic Jesus told The Hollywood Reporter, “The Kardashian family has become ingrained in our culture. We’ve allowed mainstream media to become so profit-driven, we are sacrificing genuine news stories to satiate our vapid celebrity obsession.”

He continued his tongue lashing, saying, “‘Stop Making Stupid People Famous’ often gets blogged as criticism of Kardashians. But that piece is also meant to criticize us as consumers. Without us, there would be no market for the Kardashians. We are equally, if not more so, to blame.”

The L.A. police say while no one has filed an official complaint yet, the art is definitely vandalism.

What do you think about Plastic Jesus’ latest installment?

Little girl schools her dad on why Kim K is the wrong celebrity crush (VIDEO)
Paris Hilton vs. Kim Kardashian: Who did it first?
Kourtney Kardashian finally shows us Reign, and he’s scrumptious (PHOTOS)