Paris Hilton has some weird ideas about what Barbie does with her free time.

More: Paris Hilton vs. Kim Kardashian: Who did it first?

The series of shots features Hilton in pieces from the Moschino line — almost all of them bright pink — in pink rooms with pink furniture and accessories. Oh, and there are naked Barbie dolls everywhere and a naked man (presumably Ken?) in a bunch of the shots. Yeah, it’s bizarre.

The Daily Mail reports the spread was put together by stylist Alba Melendo and the creative direction of David Martin, with appearances by model Chad Buchanan and Performance Kitten Kaysera.

More: Paris Hilton’s Instagram pic has people asking: Did she get plastic surgery?

It’s too bad the shoot is so weird, because a lot of the Moschino pieces are really cute. They fit the Barbie theme well and Hilton could have had some fun with this shoot without it giving off such a creepy vibe, especially because she looks so much like a Barbie already. 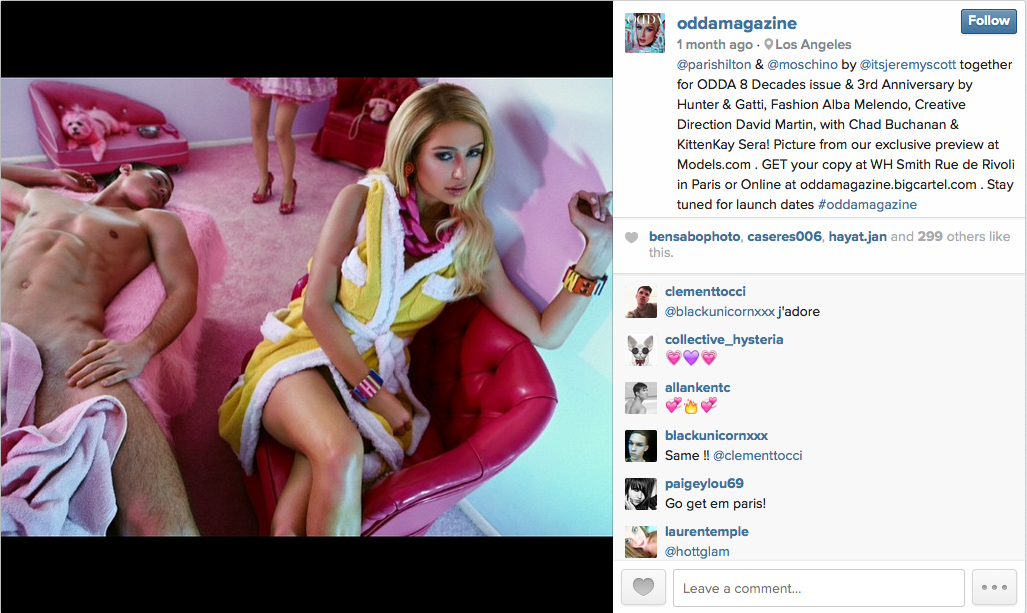 We would love the ruffled pink gown with oversized sequins Hilton wears in one of the shots, but the naked Barbie doll in her hand gives the photo that weird vibe.

And her pink Moschino jumpsuit is super cute… and kind of ruined by the way Hilton sports it sitting in front of a pink refrigerator with naked Ken standing nearby. 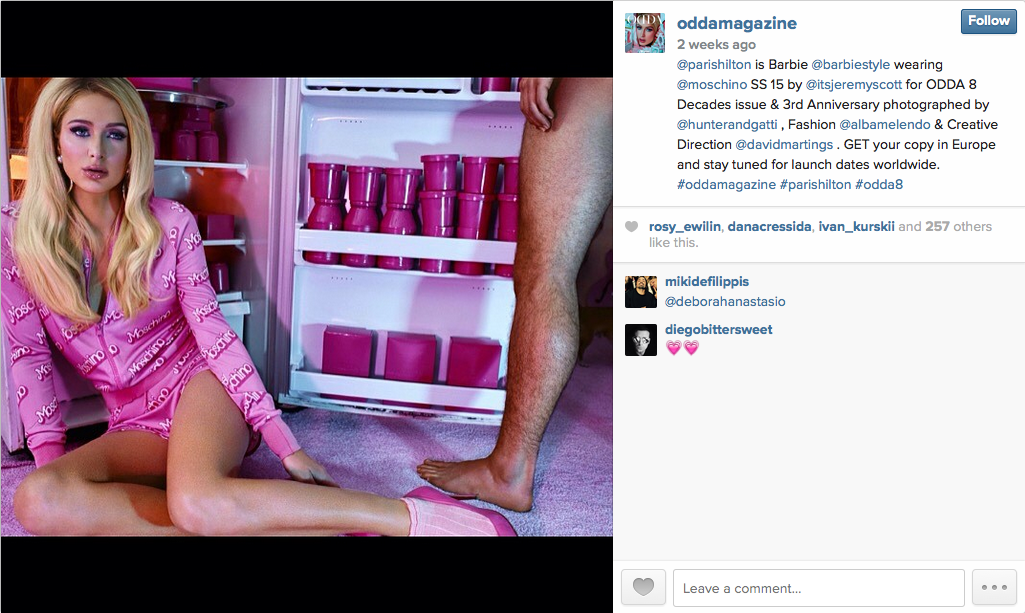 Her hot pink, quilted, rhinestoned jacket? It’s so Barbie and we would totally wear it, but the photo of an expressionless Hilton sporting it while she smashes a pink-frosted birthday cake under her hands is making us kind of uncomfortable.

Do you agree with us? Are Paris Hilton’s Barbie-themed photos cute or seriously creepy? Head down to the comments and tell us what you think of the spread.