Lindsay Lohan is hopping on the waist training bandwagon, but she’s kinda cheating, as anyone with two eyes can tell from this incredibly bad Photoshop job.

Lohan posted a photo on Twitter today, purporting to show how tiny her waist is now that she’s wearing a corset à la Kim Zolciak and Kim Kardashian, but fans quickly saw the problem: The stairs and floor behind her were incredibly misshapen, a tell-tale sign of a poorly Photoshopped image. 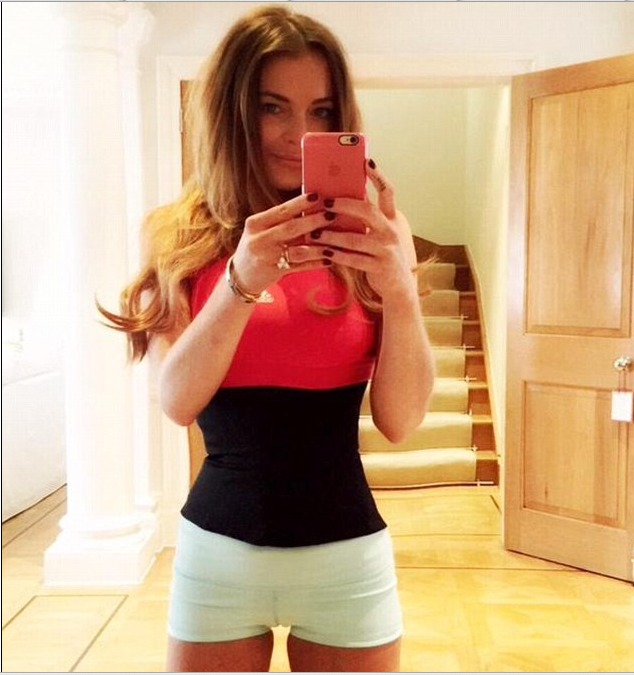 Twitter users quickly called her out on the deception — and on her painful-looking cameltoe.

Lindsay Lohan is the most unintentionally hilarious person ever with her constant photoshop fails. She kills me!

More: Lindsay Lohan is trying so hard to get the Illuminati to notice her (PHOTOS)

How neither Lohan nor anyone else on her team noticed how bad this photo is boggles the mind, but as soon as the Twitter critiques started rolling in, the picture was quickly deleted. Luckily for us, nothing is ever truly erased from the internet.

This isn’t the first time Lohan has been called out for using Photoshop in her selfies. What’s sad is that the actress probably already has a smaller waist than 90 percent of the population even without the waist trainer, so Photoshop wasn’t needed in the first place. We like our LiLo natural, please.