Based on the true story of the tormented marriage between British art critic, John Ruskin, and the teenaged Effie Gray, this film starring Dakota Fanning and Emma Thompson dips its paintbrush into a dark mystery that has yet to be solved. Here’s our theory on what happened. 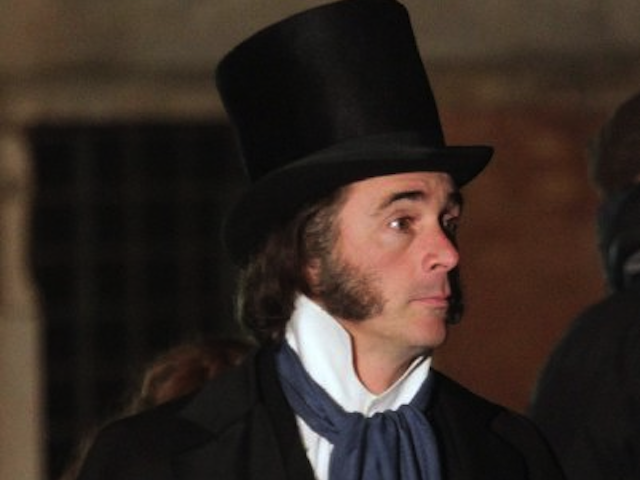 The real Euphemia “Effie” Gray was brought up in Scotland, in a home where John Ruskin’s own grandfather, John Thomas Ruskin, killed himself — a grim omen that would hang over Effie’s troubled marriage to John Ruskin like a dark cloud.

But Gray and Ruskin had known each other for seven years before they were married. When Effie was 12, Ruskin was 22 and befriended the pretty young girl, even writing a book for her. It was a fairy story called The King of the Golden River, which dealt with themes of nature, self-sacrifice and the rewards of a powerful dwarf king.

Effie was 19 when she and Ruskin were married. In real life and in the film, Effie presented herself naked to her husband on their wedding night, but he refused her — an act that would certainly upset any doting bride.

Six lonely years passed for Effie, with no marital consummation. Effie was able to obtain an annulment on the grounds of impotence and left the marriage still a virgin. 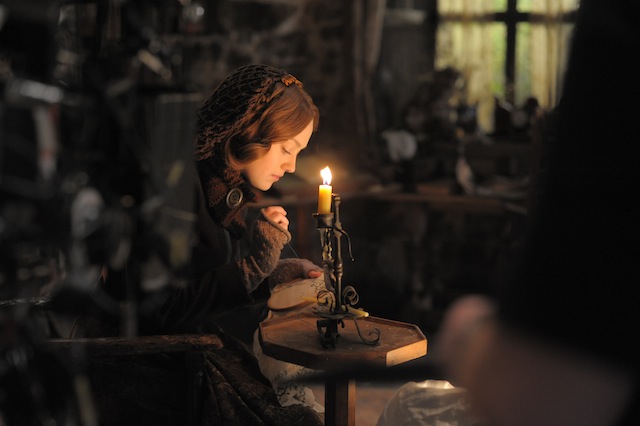 So, why would a man like Ruskin, who was so fond of Effie when she was young, not want to have a sexual relationship with her when she became his wife? This question has become the subject of much speculation over the last 150 years, inspiring numerous writings, plays and movies.

Some clues emerge when we take a look at a letter Effie wrote to her father, where she explains what Ruskin told her was the reason he would not have sex with her.

“[Ruskin] alleged various reasons, hatred of children, religious motives, a desire to preserve my beauty, and finally this last year he told me his true reason… that he had imagined women were quite different to what he saw I was, and that the reason he did not make me his wife was because he was disgusted with my person the first evening 10th April.”

In a statement to his lawyer, Ruskin admitted, “It may be thought strange that I could abstain from a woman who to most people was so attractive. But though her face was beautiful, her person was not formed to excite passion. On the contrary, there were certain circumstances in her person which completely checked it.”

Not only was Ruskin not attracted to Effie, it seems he was repulsed by her. One theory was that he was gay. Of course, this was a time where gay marriage wasn’t an option and being a homosexual was not accepted for a wealthy gentleman. However, there are no known sexual liaisons or romantic letters linking Ruskin to other men. 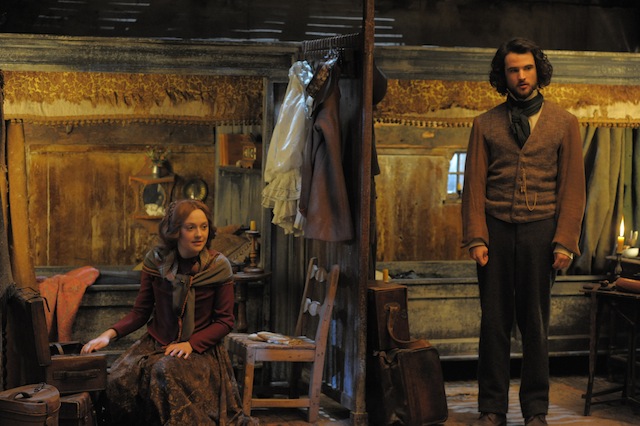 Others, like Ruskin’s biographer Mary Lutyens, thought that since Ruskin’s only interaction with the female form came from studying smooth, white, Greek statues, that seeing her pubic hair would have been a shock to him. We suppose it’s possible, but to our knowledge, a little pubic hair never stopped a man from consummating his marriage before.

Another biographer, Peter Fuller, wrote, “It has been said that [Ruskin] was frightened on the wedding night by the sight of his wife’s pubic hair; more probably, he was perturbed by her menstrual blood.”

OK, but even if Effie was having her period on her wedding night, it would be over in a week or so. The fact that the marriage lasted six years without sex means that it had to be more than that.

Other biographers have suggested that it was her body odor that repulsed Ruskin. We think the issue goes deeper.

Another clue comes later in Ruskin’s life, when he was asked to tutor the 10-year-old daughter of a poet friend. The girl was Rose La Touche, and Ruskin, though 38, began to grow very fond of her. He proposed marriage when Rose was 18, but she wanted to wait until she was 21 to decide.

Meanwhile, Rose’s parents were concerned about the union and wrote to Effie, asking her advice. Effie suggested that Ruskin was not a kind husband and, as a result, Rose did not end up marrying him.

Ruskin’s mindset started to become a bit clearer when we take a look at this excerpt from a letter he wrote to John Simon, his doctor, in 1886.

Could this imply that John Ruskin was a pedophile? There are no known incidents of Ruskin having any inappropriate relations with underage girls, but his own admission that he likes girls 10 to 16 makes us think he was only attracted to prepubescent girls.

More: 7 Dark secrets about the real Peter Pan include suicide and pedophilia 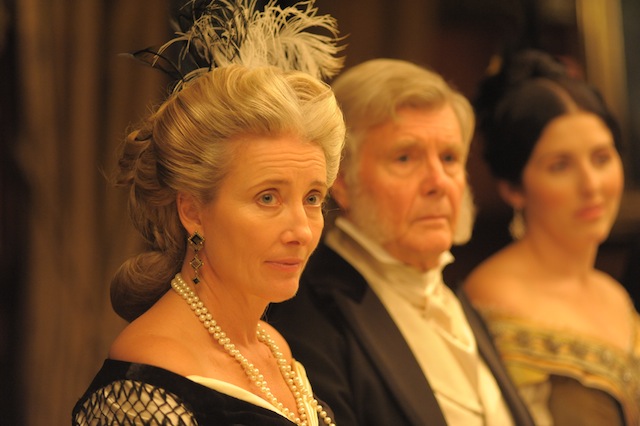 In the new film, Effie Gray, from a stark and moody screenplay written by Emma Thompson, there is no conclusion as to why Ruskin rejected Effie. But Thompson does plant the seed of his possible pedophilia, especially in the flashback scenes where Ruskin (played by Thompson’s real-life husband, Greg Wise), appears smitten with the 12-year-old Effie (Tigerlily Hutchinson).

Adding some lightness to the film, Emma Thompson plays Lady Eastlake, a woman who advocates for Effie’s happiness and guides her out of her unhappy marriage. Having already fallen in love with Ruskin’s protégé, artist Everett Millais (Tom Sturridge), she soon weds Millais once the divorce is final. The good news is that Effie and Millais had a long, happy marriage that produced eight children.

What do you think was the reason John Ruskin didn’t consummate his marriage to Effie Gray? Weigh in in the comments section below.