During an episode of 19 Kids and Counting earlier this month, it was clear that Jessa Duggar is definitely one person from the Duggar household whose bad side you do not want to get on.

During the March 24 tribute episode, which was about Jessa and the events leading up to her wedding, we learned that teaching was something that Jessa really enjoyed and she was very good at educating her younger siblings — but she did not allow any slack.

For the younger siblings in the house, hearing Jessa’s name made them cautious. As Jason revealed, “The phrase ‘don’t mess with Jess’ is kind of like the name Jessie James. It’s, like, feared in the school world.”

So, since Jessa’s own family admits that she ruled her siblings with an iron fist and has no problem being the “bad guy,” perhaps the latest report about her is not too far off the mark.

According to Fashion & Style, while the Duggar family was thrilled about Jessa getting married to Ben Seewald, some of the family members were happy for other reasons, too — like the fact that she was leaving home.

The publication reports, “Jessa’s name struck fear in the hearts of the younger kids. Hearing their older sister’s name became a way to instill fear in the children to do what was expected of them, for they knew Jessa would make them toe the line when necessary.”

More: Jessa Duggar reveals which sister she shares the closest bond with (VIDEO)

And apparently, it was her younger siblings who were secretly happy that she was leaving home, no doubt so that someone else could fill her teaching role — a role that matriarch Michelle Duggar said would be very hard to fill.

“Jessa really blossomed with her ability to lead and to teach,” Michelle said during the episode. “I really don’t know who would take over Jessa’s role, but whoever will has some big shoes to fill.”

But even if her siblings were afraid of her and compared her to an outlaw, they did admit that she was a wonderful sister. Perhaps just not one that they enjoyed taking orders from. 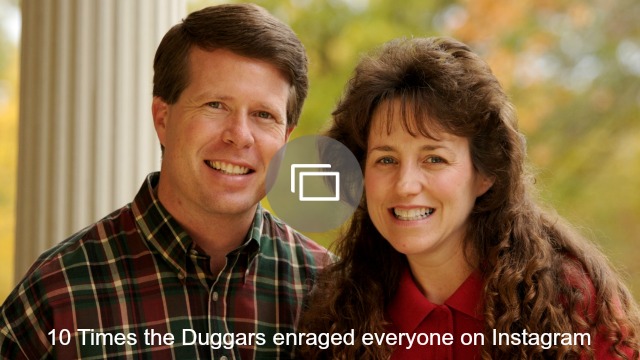