From an epic fight to a girls’ day out, the Party Down South housemates covered just about every emotion this week. Find out what the show’s executive producer had to say about Tiff and Daddy’s fallout, Lyle and Mattie’s hookup and more juicy details.

Everyone was undoubtedly glad to find out after last week’s cliffhanger that Daddy did not, in fact, get tossed into the fire pit and turned into a Daddy-kabob by Tiff.

Still, things did get seriously heated between the housemates.

As Daddy and Tiff verbally duked it out, Lauren hurled angry words in Daddy’s direction (“F*** you!” “No, f*** you!” “Nooo, f*** you!”), Murray enjoyed the fireworks and Walt laughed his ass off. Lyle and Mattie… well, they caught crabs.

Or, more specifically, one crab.

And that’s right where Lyle stayed for the duration of the brawl, says SallyAnn Salsano, 495 Productions president and founder and creator/executive producer of Party Down South.

“Lyle really did stay down at the docks and crab through the whole fight,” she revealed. “He could see and hear everything, though, so it was the best of both worlds for him — he could watch it all go down, but stay out of the drama.”

Drama that didn’t stop when Daddy retreated to the house, either. As he bailed, leaving Hott Dogg with the other housemates, talk quickly turned to Hott Dogg and Daddy’s, uh, extracurriculars.

Lauren advises Hott Dogg not to cuddle, spoon or — let’s be real — faux-bone Daddy anymore. Murray agreed, getting surprisingly pissed off as he hollered about having to deal with last summer’s bullshit. 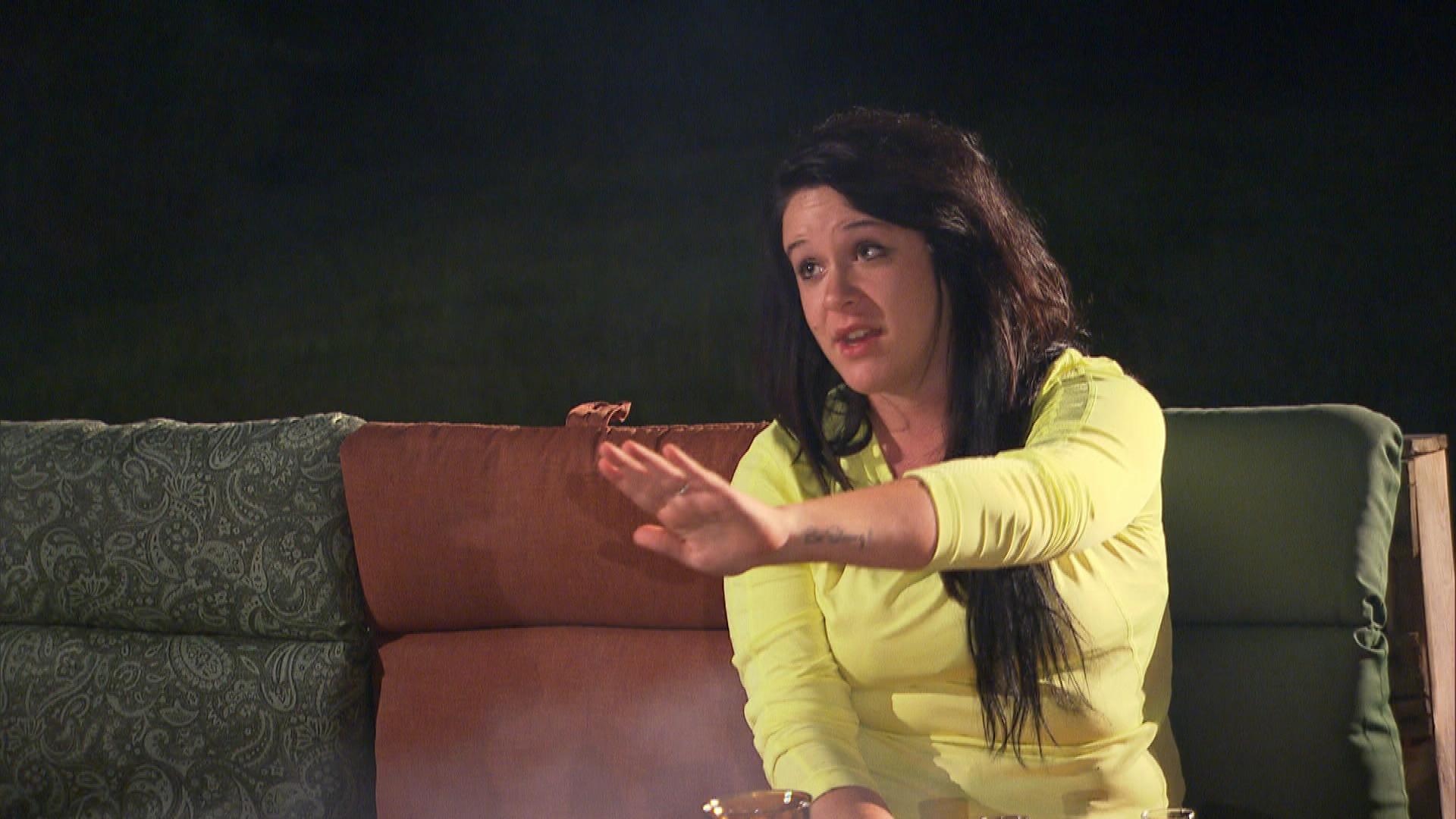 For her part, Hott Dogg swears she isn’t trying to make things complicated, but she isn’t exactly backing down from her connection with Daddy, either, prompting Lauren to declare, “I like you, Hott Dogg, I do, but this shit is done.”

And that’s enough to send Hott Dogg off in tears. In happier news, she still manages to look annoyingly adorable, so there’s that.

“The drama kept going all night long until it was just Tiffany, Walt and Murray still up until about 7 a.m., when they finally had rehashed the fight enough and called it quits,” said Salsano.

But, as they so often do, things look different in the stark light of the next morning. Hott Dogg wakes up and her first thought is of everyone yelling at her the night before. Daddy, who has very little recollection of the night’s festivities (does his blackout drunkenness not alarm anyone but me?!), feels terrible.

Both psychologically and physically, I would imagine.

But in a rare moment of austerity, Daddy opens up to Hott Dogg about the crushing pressure of living in his little brother’s shadow. It’s kinda sad, y’all. He’s like the lovable, redneck equivalent of Scar from The Lion King.

Meanwhile, Hott Dogg decides the only way to lighten the mood is with a little weiner. So she dons her hot dog costume and flaps her buns all over the house, waking up housemates and leaving a trail of bewilderment and — from what I can see — smiles in her wake.

She extends the proverbial olive branch to Lauren and Tiff by asking them to join her for lunch, and the girls really hit the jackpot when Hott Dogg discovers Daddy’s wallet in the backseat of the car.

“The girls in the house definitely have girl code and none of them spilled the secret on this one!” Salsano said. “You won’t see Daddy’s reaction next week, because he found out about the bill exactly when you did… watching tonight’s episode. I’m sure he’s calling those girls right now.”

The little spending spree was certainly therapeutic for Tiff, who admits, “It’s not Daddy’s fault… I don’t want to see him angry or hurt.”

A walk of shame

With the girls now bonded, they head back to the house — only to find Murray and Walt pulled a total creeper prank on Hott Dogg by scattering all of her underwear all over the yard. 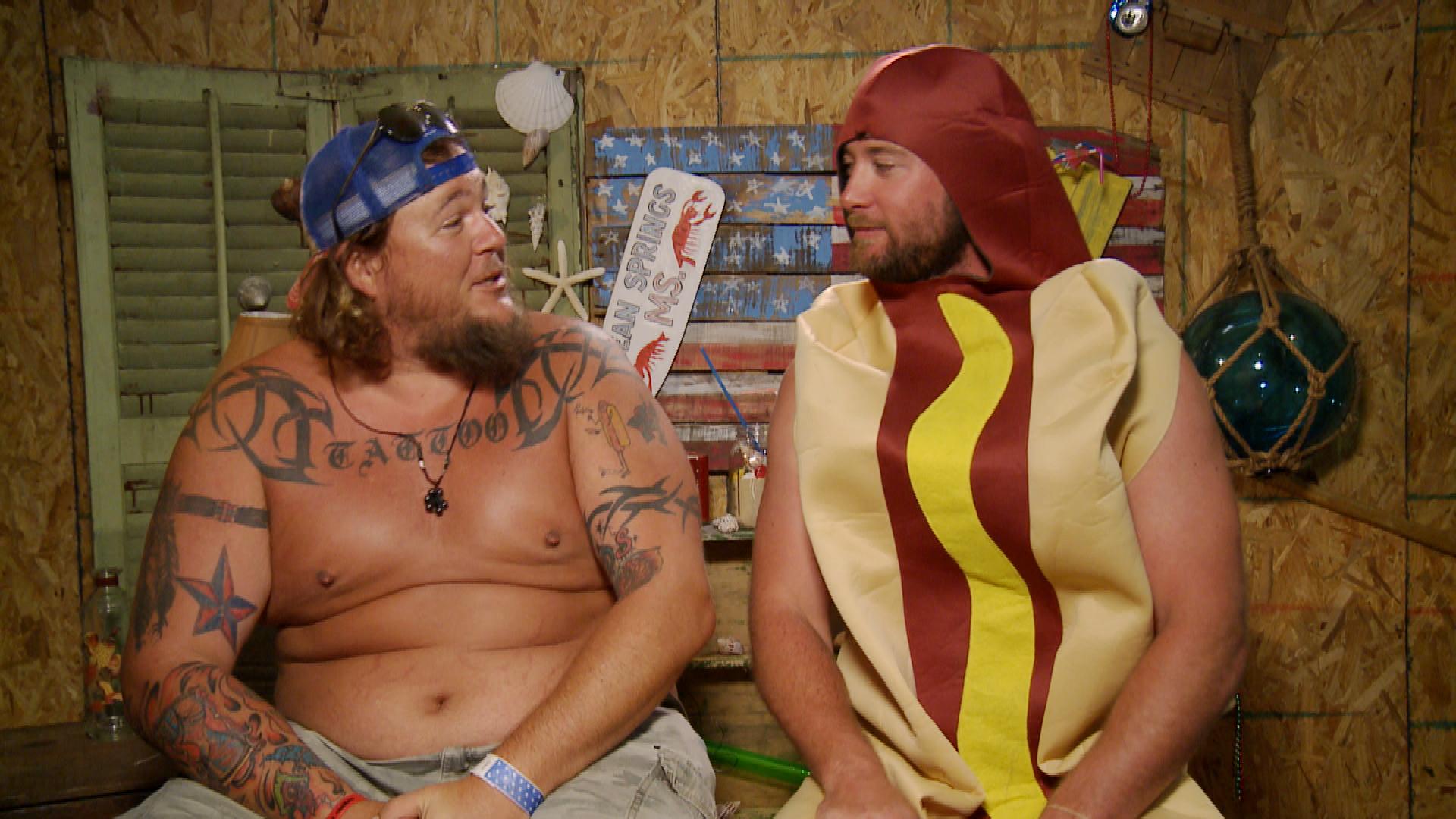 “One of the funny things that didn’t make air (but you’ll be able to see on The Talk of Shame after show), was Murray and Walt going through Hott Dogg’s luggage to get her underwear. They found Hott Dogg’s dirty drawers and then were afraid of touching them, throwing them on each other and jumping away from the dirty drawers,” said Salsano.

As the girls pull up, Murray can hardly contain his excitement. “All right, here it comes. Weiner is at the house. My excitement meter is pegged out!” 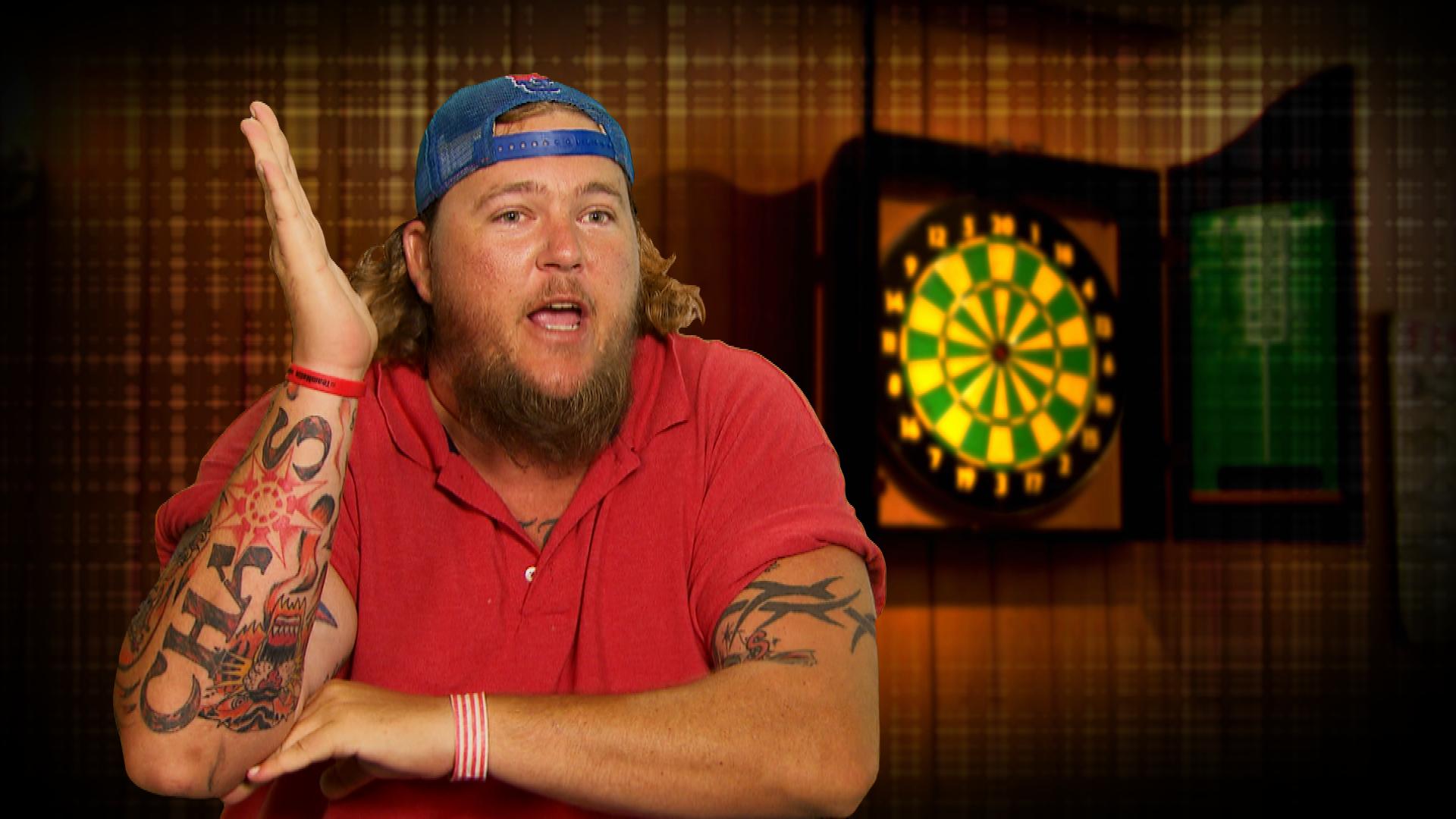 But, thanks to a little solid advice from her new homegirls, Hott Dogg acts like it’s no big deal and ruins the boys’ proners (prank boners).

According to Salsano, though, Murray and Walt’s underwear stunt was just the tip of the iceberg.

“The pranks never stop in the house!” she confirmed. “Murray and Walt are generally the worst of the pranksters. This season, they messed with Lauren and Tiffany’s shampoo bottles — switching the shampoo for body soap — and, honestly, I don’t think the girls ever figured it out.”

And that’s not all. “Another great one was when Murray and Walt took Mattie’s deodorant and filled it with cream cheese, then froze it so it hardened,” she said. “That’s why they call themselves the terror twins…”

That night, the gang decides to hit up The Quarter. Mattie gets all dolled up and everyone — especially Lyle — thinks she looks smokin’ hot.

Even though Tiff is not amused by Hott Dogg and Daddy’s clandestine conversations at the bar, everyone ultimately has a damn good night. And, well, perhaps no one more than Lyle.

As the cabs pull up and everyone loads in, Lyle can’t keep his hands off Mattie and, faster than you could slap a tick, the two are sucking face.

“Boudreaux’s the last guy I had sex with… how do y’all like that?” Mattie confesses. Hmm, perhaps her feelings for Lyle run deeper than she lets on?

In the moment I will tuck into my mental pocket and pull out whenever I need a laugh this week, a super-drunk Lyle carries on a conversation with Walt’s reflection in a door back at the house.

He does eventually find his way to Mattie’s bed, although it’s unclear whether he’ll be able to stay up long enough to, er, get it up.

Since the teaser for next week shows one very pissed off Mattie, I’m thinking there may be some unresolved sexual tension.

“Hurricane Martha definitely made it to the house this season. I don’t know if making out with Lyle is what brought Martha out, but I do know that wherever Mattie is, Martha isn’t far,” hinted Salsano. “But you’ll have to keep watching to see what happens when Martha gets to the coast.”

Don’t feel bad, Mattie. I hulk out when I don’t get laid, too.