Jessie J normally keeps quiet about affairs of the heart but now that she’s all loved up with artist boyfriend Luke James she wants the world to know he’s a keeper. Oh, and that you cross him at your peril…

Ah, God bless Twitter. As a platform for a good old celebrity rant you can’t beat it. Last week it was Jessie J getting all riled up about her fans being less than loving towards her boyfriend Luke James. The 26-year-old has admitted in the past that she sees Twitter as her “own platform to set the record straight” and that’s exactly what she did.

More: Gabby Logan shows us exactly what to do about Twitter trolls

Luckily Jessie’s not so cross with her fans that she’s going to stop giving them all sorts of treats. She loves a surprise gig, does Jessie, and yesterday she flew back to the U.K. from Australia, for a mere 24 hours, to perform on an open top London bus as part of McDonald’s imlovinit campaign. 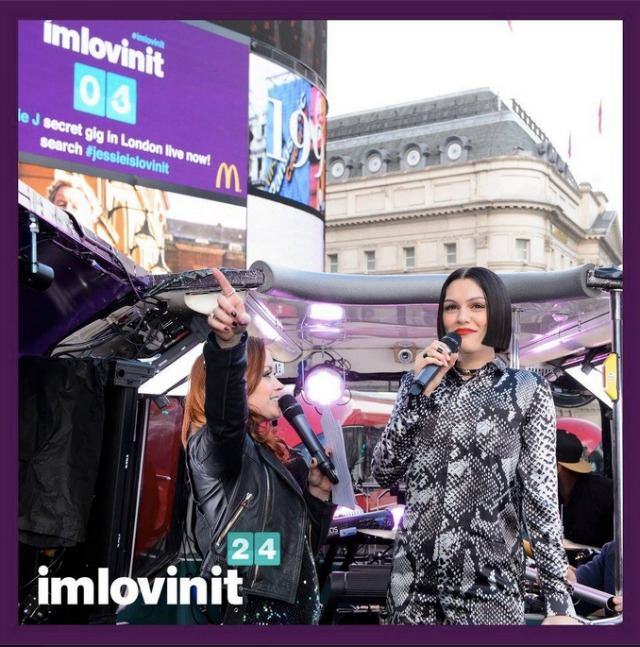 No, Lily Allen did not copy Kim Kardashian’s hair colour
Zoe Saldana is seriously wrong with her take on the Dolce & Gabbana comments
Cate Blanchett and Angelina Jolie just stood up for menopausal women