Warmer weather is just around the corner, and that means it’s time for all the networks to announce their premiere dates. Use our handy TV schedule to plan what you’re going to watch. 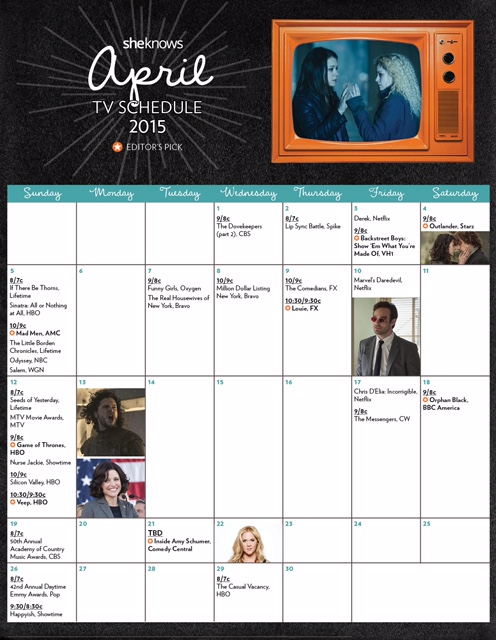 Highlights: If you’re looking for hot guys (and gals) in period costumes, then April is the month for you. Outlander premieres on April 4, and Game of Thrones premieres on April 12. Break out the booze and coffee to celebrate Mad Men‘s final episodes, which begin airing on April 5. 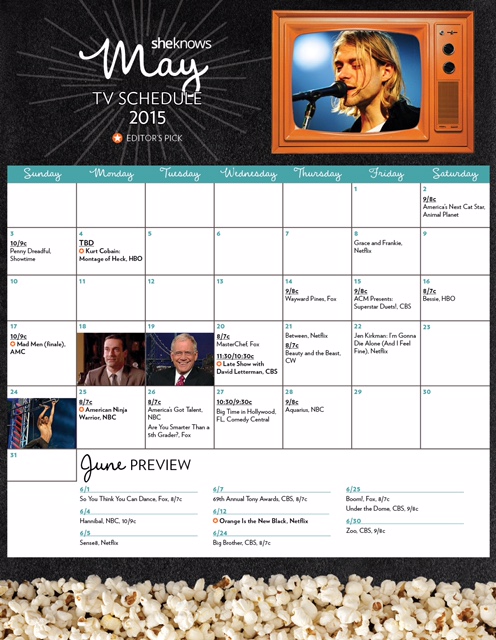 Highlights: This month, the summer season of reality TV really kicks into high gear with the premiere of shows like America’s Next Cat Star on Animal Planet (May 2) and America’s Got Talent on NBC (May 26). Plus, we’re really excited to see Queen Latifah sing her heart out in HBO’s Bessie.

More: The OITNB cast proves every single one of them have amazing voices (VIDEO) 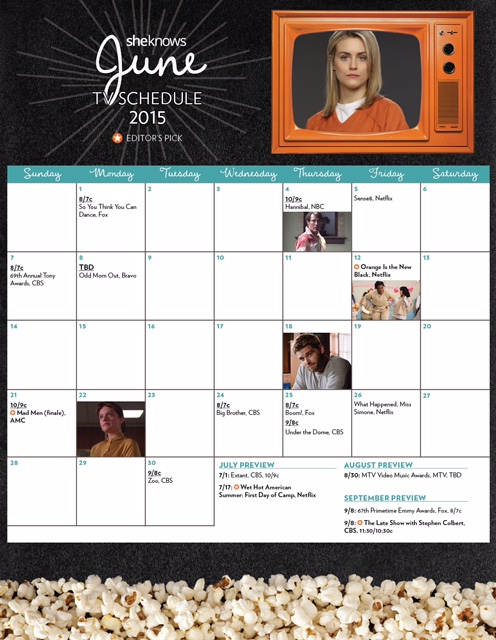 Highlights: Fans of Hannibal, rejoice! This is your month. The show makes its long-awaited return on June 4. Other dramas premiering this month include Orange Is the New Black on Netflix (June 6) and Under the Dome on CBS (June 25).

More: Outlander‘s next half offers floggings and new views (SPOILERS)