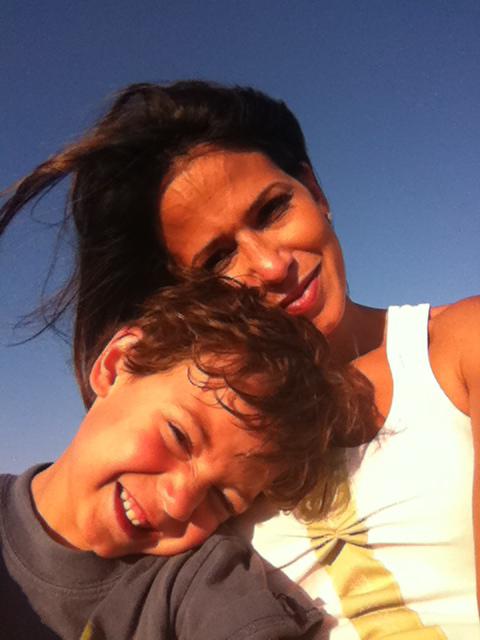 Just get in the door. Once you’re in, forge your own path… just make sure you have the brains and the energy to do it. In other words: Ponte las pilas.*

We’re still talking about the lack of diversity in Hollywood. I shall wipe my proverbial brow, for this is a good thing. Some of us taking part in said conversation are pushing it forward to say this: If you’re Latino, just get the part, worry about the rest later. Gina Rodriguez of Jane the Virgin told the good folks at the PaleyFest that Latinos in Hollywood just need to unite as one community. The advice sounds trite, perhaps. But for Latinos, especially those in the entertainment industry, it’s not that simple.

The very definition of Latino does not involve race alone. It’s a name to define a group of people that come from a place where Spanish is spoken but skin color can vary, traditions can vary, vernacular can vary and so on and so on. In my house, I make habichuelas with my rice. When I go to a Mexican restaurant, those habichuelas are called frijoles. There is apparently a beef between Puerto Ricans and Dominicans and if you really want to insult either one, tell them que tienen pelo malo (they have bad hair). Puerto Ricans speak horrible Spanish, Colombians speak beautiful Spanish. If you don’t believe me, ask a Venezuelan.

Now back to “just getting the part and worrying about the rest later.” If you’re a Latino actor, and the part calls for a Latino, just audition and get it. Period. Full stop. Don’t worry if you’re Cuban but they want a Mexican. Chances are, “they” don’t know the difference. Sofia Vergara, who plays Gloria on Modern Family, told the writers early on that they had written the part as ‘too Mexican.” She said she didn’t expect them to “get it” because they were Americans trying to write about the Latino experience.

On the flip side, if “they” do know the difference, or you want to master the part, learn the accent. In 2000, Benicio del Toro played a Mexican police officer in the movie Traffic. He nailed the role and won an Oscar for Best Supporting Actor. Del Toro is Puerto Rican. If I closed my eyes during the movie, I would have sworn on my life he was Mexican.

As I type this, there is a Mexican calling me crazy for thinking del Toro sounded like an authentic Mexican. And that’s part of the beauty of this whole thing. Do we do what Gina Rodriguez is saying and just unite as a Latino community and just get the damn roles already? Or do we shake our fists in the air and say “go to hell” for not knowing the Latino experience? If integrity is part of our collective self-interest then I say both. Take a page out of Sofia’s book and Benicio’s book.The important thing is to get the part. I would never ask or want any one Latino in the entertainment industry (or any other for that matter) to be my PR person. But I do want more Latinos in prominent roles on screen. And I don’t even care if they call them habichuelas or frijoles. At least not yet.

*Ponte las pilas literally means “put your batteries on.” Which is to say… be smart and hustle.

SPOILER? Jane the Virgin star dishes on baby’s gender
Gina Rodriguez has big dreams for Grey’s Anatomy — and we say yes!
Girl Crush: Why Gina Rodriguez is the role model I want for my daughter