Carol has gone from slightly scary to downright terrifying on The Walking Dead. But no matter how frightening she gets, we still love her. Here’s why. 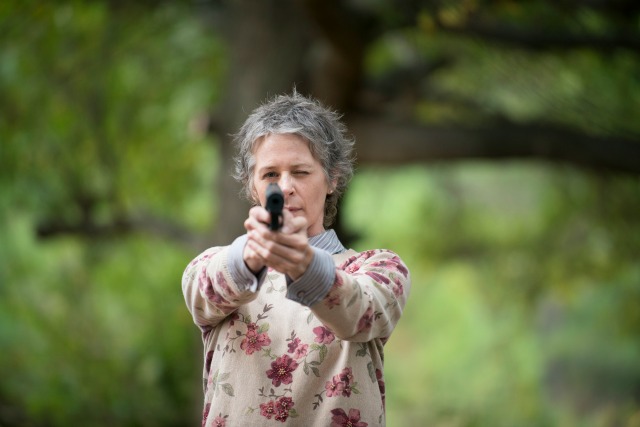 What she did: Threatened to tie a small child to a tree to be walker fodder if he told anyone her secret.

Why we forgive her: Carol was looking out for herself and the rest of her family when she told that kid to mind his own beeswax or face the consequences. Do we really think she would have done that to a child? Boy, we sure hope not, but the kid had to believe it in order to keep the information to himself.

More: 8 Reasons The Walking Dead‘s gender-swap is a huge deal

What she did: Killed Karen and David in the prison.

Why we forgive her: It may have sucked for Tyreese, but Carol thought she was taking steps to keep the rest of the prison family safe. She thought she was preventing a sickness from spreading through everyone and we can’t fault her for that.

What she did: Shot Lizzie in the back of the head.

Why we forgive her: Look, it’s a whole different world in the zombie apocalypse. Lizzie was a disturbed child who posed a threat to everyone around her. In that type of world, the kindest thing to do — even if watching it felt like our hearts were being torn from our chests — was to end her life as quickly and as painlessly as possible. 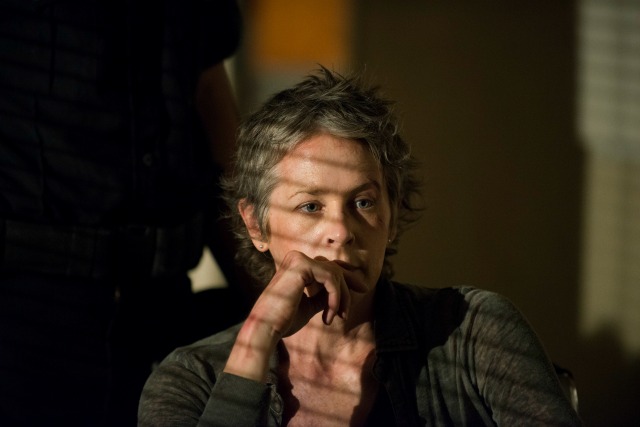 What she did: Defended her abusive husband after Shane beat Ed.

Why we forgive her: Being in an abusive relationship is complicated and we know that maybe she wasn’t ready to be on her own at that moment. Seeing how well she did later, we can totally forgive Carol for not being ready then.

What she did: Let Ed be eaten by zombies.

Why we forgive her: See above. The guy was an abusive bastard. That is all. 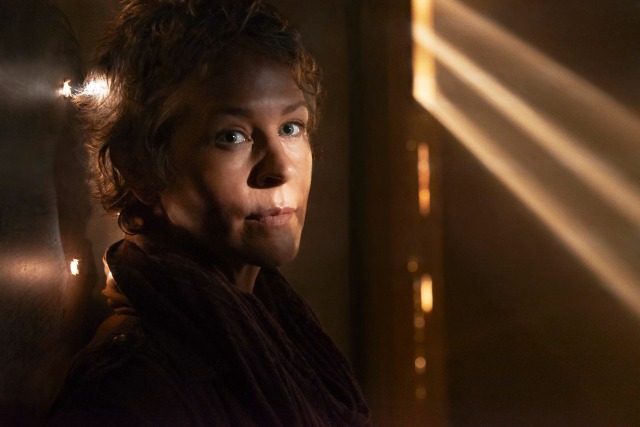 What she did: Cut open a walker.

Why we forgive her: How else are you supposed to prepare yourself for a possible C-section? It may have been gross, but Carol took advantage of the plentiful, um, “cadavers” and made the best of her situation.

More: The Walking Dead — for the love of God, Rick, please shave

What she did: Scared Daryl half to death.

Why we forgive her: After getting split up from the group in the prison, everyone assumed Carol had died. When Daryl heard noises behind a door, he thought for sure he’d find a walker version of Carol there, but instead he found the real, live, human one. We’re sure Daryl would agree that it was worth the fear to find her alive.

What she did: Used poor Axel’s body as a shield.

Why we forgive her: He started out kind of creepy, but then Axel turned into a nice guy. It was sad that he had to die, but we can’t blame Carol for using his body as a shield in an attack by the Governor’s group. We’d rather have her around than Axel. Sorry, Axel. 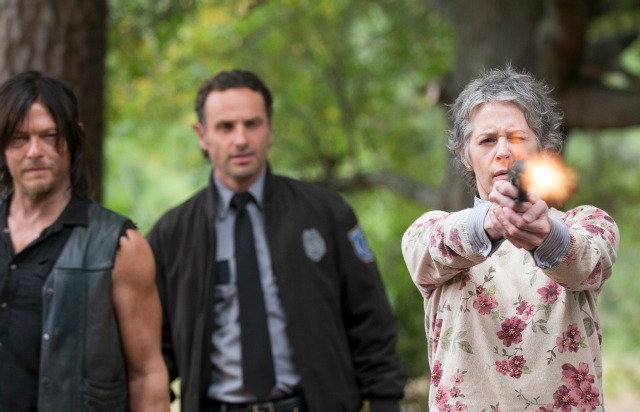 What she did: Turned Andrea into a murderer, almost.

Why we forgive her: The Governor was an evil son of a bitch who deserved to die. If Andrea had done what Carol instructed and killed him after they had sex, Hershel might still be alive. Carol’s idea was genius, even if it would have made Andrea a murderer.

What she did: Used story time to teach children to kill.

Why we forgive her: Carol has an interesting history with children, but ultimately her goals are to keep as many people safe as possible. Teaching the children of the prison to use knives would get someone tossed in jail these days, but it’s perfectly understandable in an apocalypse. 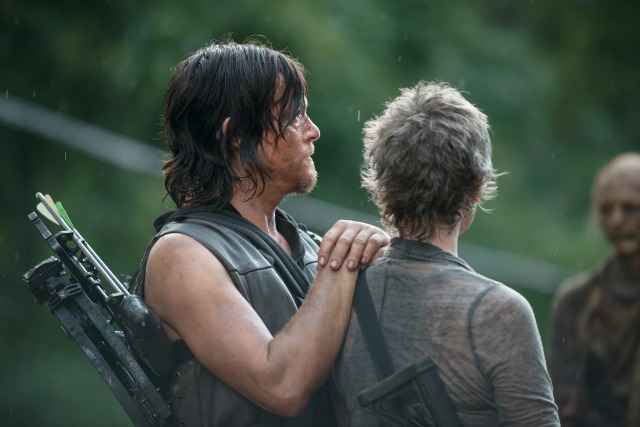 What she did: Tortured a woman and let her be eaten by walkers.

Why we forgive her: Pulling off the best ninja routine ever, Carol infiltrated Terminus to rescue her friends. When she came upon Mary, Carol shot her in the leg to question her, but when Carol realized Mary was, you know, an insane cannibal, she let the walkers take care of her. End of story. 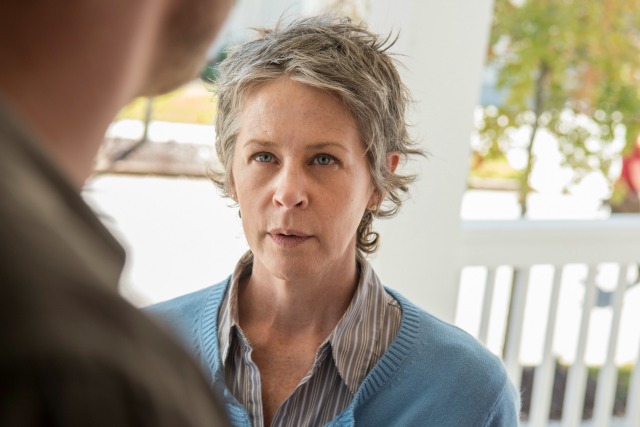 What she did: Wore that terrible sweater.

Why we forgive her: That sweater was awful, but Carol’s plan to infiltrate the people of Alexandria by becoming “invisible” was brilliant. We love how well she can act like a sweet, innocent “den mother,” when she is in fact a stone-cold killer.

What she did: Threatened to hose off Daryl.

Why we forgive her: Because, duh, we all want to see Daryl wet.

What do you think of Carol on The Walking Dead?