Who could possibly have imagined that Party Down South could top itself after Daddy proposed to Tiffany last week using Murray’s, uh, man ring? As for how, we’ve got two words for ya: Boudreaux’s birthday.

Tiff is the first to announce Lyle’s birthday, suggesting there could be no better way to kick off the birthday celebration than to turn him into a living birthday cake.

As this involves crashing his shower and dousing him in chocolate syrup, I am naturally in favor of the idea. Particularly when he turns the prank around on them and does a naked dance in the shower. Happy birthday to us all, eh?

Following a quick redneck bath in the pool, the gang heads out to a local restaurant called the Blue Crabhouse — Lyle wants lobster for his birthday. 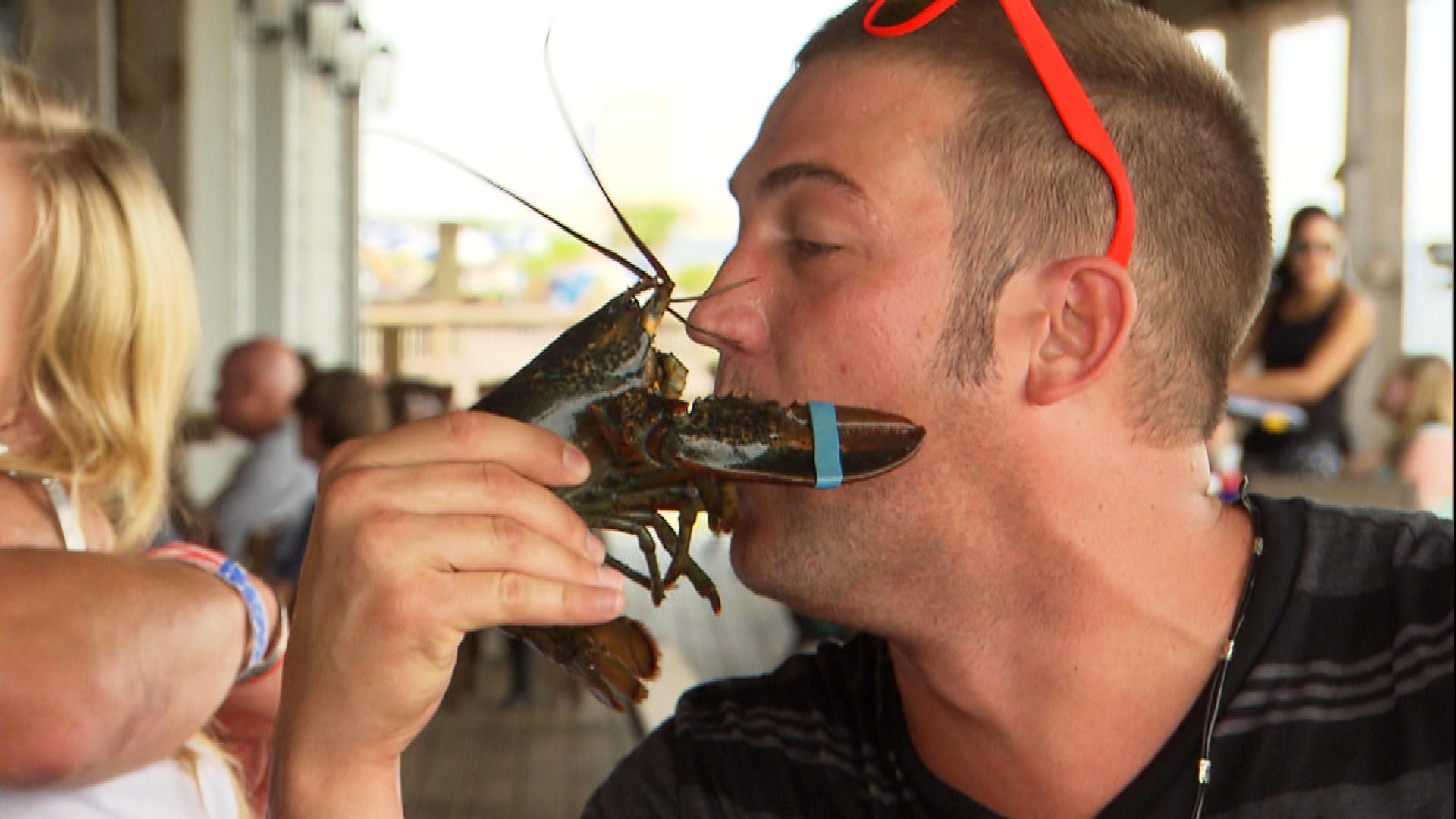 Daddy, apparently, wants to get sloppy drunk for Lyle’s birthday. And to that end, he starts ordering up Vegas bombs. Which is basically to Party Down South what the cosmopolitan was to Sex and the City.

While Lyle gets cozy with a little lobster buddy and Daddy gets, you know, blitzed, the rest of the crew remain preoccupied with Hott Dogg’s lack of socialization with anyone but Mattie. For her part, Hott Dogg looks mortified over Daddy’s behavior at a family restaurant in the middle of the day.

“Hott Dogg was for sure embarrassed about how Daddy was acting in the restaurant,” confirms SallyAnn Salsano, 495 Productions president and founder and creator/executive producer of Party Down South. “The other roommates told her to get used to it because that is just Daddy, and in time she does.”

But not before Daddy straight up passes out on the premises.

“At one point, Daddy realized he had had enough to drink, walked out to the balcony in front of the restaurant and just sat down in front of the doors, passing out,” says Salsano, adding that wasn’t all we didn’t see. “Mattie decided to try to surf on the giant bench swing just inside the restaurant, but it didn’t go well.”

While Mattie helps drunk Daddy to the car, drunk Lyle drops a truth bomb on Hott Dogg: “I still don’t like you. You still gotta work on your likeness.”

Lyle soon after starts doing the inchworm on the bar and the gang wisely decides to leave. OK, so maybe they got a little added incentive in the form of the manager threatening to throw them out.

Says Salsano, “The other patrons were definitely paying attention to Lyle and Daddy, and for the most part laughing with them. The gang left on their own accord when they realized how gone Daddy was. I think we got out of there moments before we would have overstayed our welcome.”

Back at Casa del PDS, they do it up right for Lyle’s birthday with a giant Slip ‘N Slide and not one, but two cakes — one for eatin’ and one for smashin’. And those weren’t the only presents Boudreaux got.

“He did get some surprise lobsters and a keg,” explains Salsano. “What more would a Lousianimal want?!”

Because they have orientation for work the next day, the party winds down surprisingly early. But don’t worry — the gang isn’t getting soft on us. In fact, divulges Salsano, things got pretty wild off-camera.

“Lyle took his lobsters on the soapy slide with him,” she says, “and sat in the cooler of lobsters at one point and farted on all of them. Happy birthday, Lyle!” 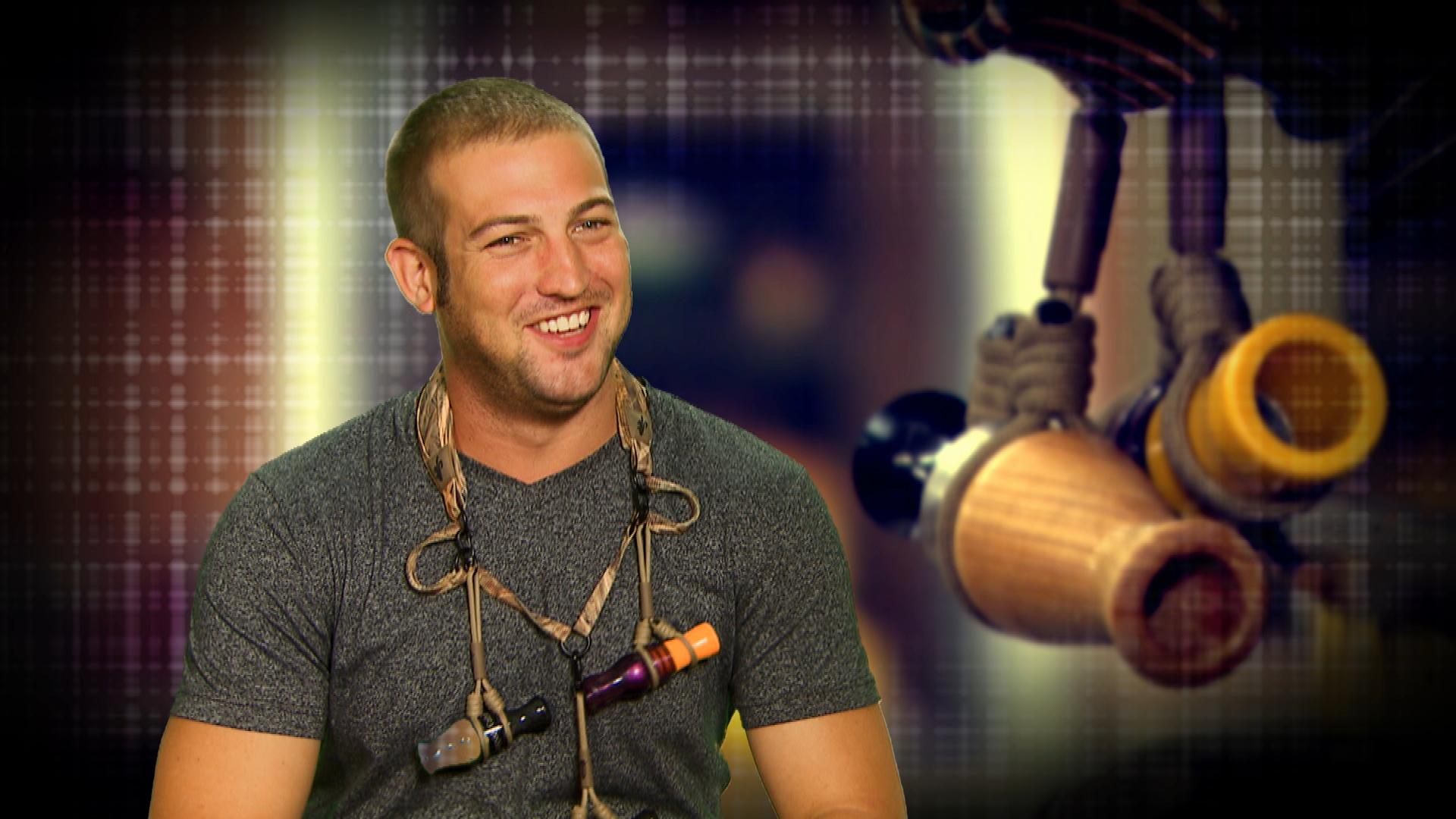 Walt, in a moment I’m sure he’ll still be regretting by season’s end, decides that even though Daddy and Hott Dogg seem super flirty, he’s confident enough in his ability to bang the new girl first that he thinks it’s safe to go to bed.

The two continue to drink and flirt, with Hott Dogg admitting she’s strangely drawn to Daddy’s Jersey Shore circa-1984 style. Then, well, Daddy turns Hott Dogg “into a pretzel dog.” Or did he?

The next morning, Mattie breaks the news to Walt, who cannot believe “the hottest chick gives it to Daddy.” Tiff takes the news surprisingly well, but I suspect we’ll see her emotions boomerang back and cause some damage later.

Hott Dogg swears she did not, in fact, get any of Daddy’s hot dog, but Lauren is highly and hilarious dubious, yelling, “It did happen. I heard you. You were very loud.”

Later that day, the gang’s job orientation with Biloxi Beach Co. lasts about five seconds — just long enough for Daddy to deduce that his new bosses have the wrong consumption of him.

To celebrate their new job and undoubtedly Lyle’s birthday, too, they head into Slap Ya Momma’s BBQ, where Murray throws down the initiation gauntlet to Hott Dogg. Which, of course, involves drinking. Lots and lots of drinking.

By night’s end, everyone is plastered and Hott Dogg is “Daddy drunk.” She antagonizes Lauren and Tiff like a little sister (albeit a wasted one), eventually shaking up a Coke and spraying it on them.

Since the episode ends with Tiff screaming, “Daddy, take your drunk bitch to bed,” I think it’s safe to say those repressed feelings Tiff has about Daddy hooking up with Hott Dogg may be rearing their ugly little heads.

But is it also safe to say the saga of Hott Dogg and Daddy has begun? I mean, really… did they or didn’t they?

“They truly only spooned and made out that night, but… stay tuned,” Salsano reveals, teasing, “So good.”