When Alex Karev first graced our screens, he was a complete douche canoe. Flash-forward 11 seasons and Dr. Karev has wormed his way into our hearts, both because he has a really gooey center he tried really hard to keep under wraps, and because of these 14 times he made more sense than anyone else on the show.

1. That time he took limitations and said to hell with ’em

We’re not quitters, either. For example: We’ll never quit you and your perfect face, Alex.

2. When he said something profound about going through pain

If ever there was a Grade A example of needing to mess up to step up, it’s Alex Karev. Guy’s been stepping up for years now.

More: Camilla Luddington weighs in on how Shonda Rhimes creates such fierce TV

3. That time he taught us a lesson about how relationships need to be reciprocal

Sure, he might have said it angrily, but he’s right: If someone isn’t adding to your life, then DNR.

4. When he spouted this gem, and we could tell he legit believed it

But, just in case you are wondering what we think, Alex, we think you’re hot in a scrub cap, and we’d like to marry you.

5. That time he had more self-awareness than most people ever have

Hey, the first step to overcoming a problem is admitting you have one. Some of Grey Sloan Memorial’s other characters could stand to follow Alex’s example and find some self-awareness of their own shortcomings (cough, April Kepner, cough).

More: 10 Grey’s Anatomy losses ranked by how much we miss them

6. When he thought he might die, and he had these words of wisdom

Um, hey, no need to tell us twice. We’re getting the maple syrup as we speak. And if you aren’t sure which one of these two things we’re using the syrup for, well, props to you and your exciting life.

7. When he said this thing about teams Where is the Alex Karev Team sign-up sheet? We will fill all available positions.

8. That time he knew he deserved better

It took him a while to realize it, but Alex eventually figured out he deserved better. You don’t get more unless you demand it.

9. When he knew the secret to overcoming issues between people

Gosh, who’d have thought way back in the days of Season 1 that talking things out would be Alex Karev’s MO? We dig it.

More: QUIZ — Which Grey’s Anatomy character are you?

10. When he was realistic about life

True dat, Alex. True dat. Kudos to you for realizing what show you’re on and what that means for your unlikely sky-high happiness levels.

11. That time he made us realize where our problems sit in the grand scheme of things

Alex is with Jo and not with us, but if we listen to what he’s saying, then we know we can overcome this. Also looking like something we need to survive? Delusional feelings of love for a television character who is not a real person.

12. When his feelings on life extended to how it should end

So, Alex will be there with us when we go, right? Just going to go ahead and lock that in now.

13. That time he had some thoughts on not denying fate

If there is one thing Alex knows for sure, it’s that sometimes, you just can’t avoid a gravitational pull toward someone else. We already knew this, though, because gravity obvs has some real desire for us to be with Alex. 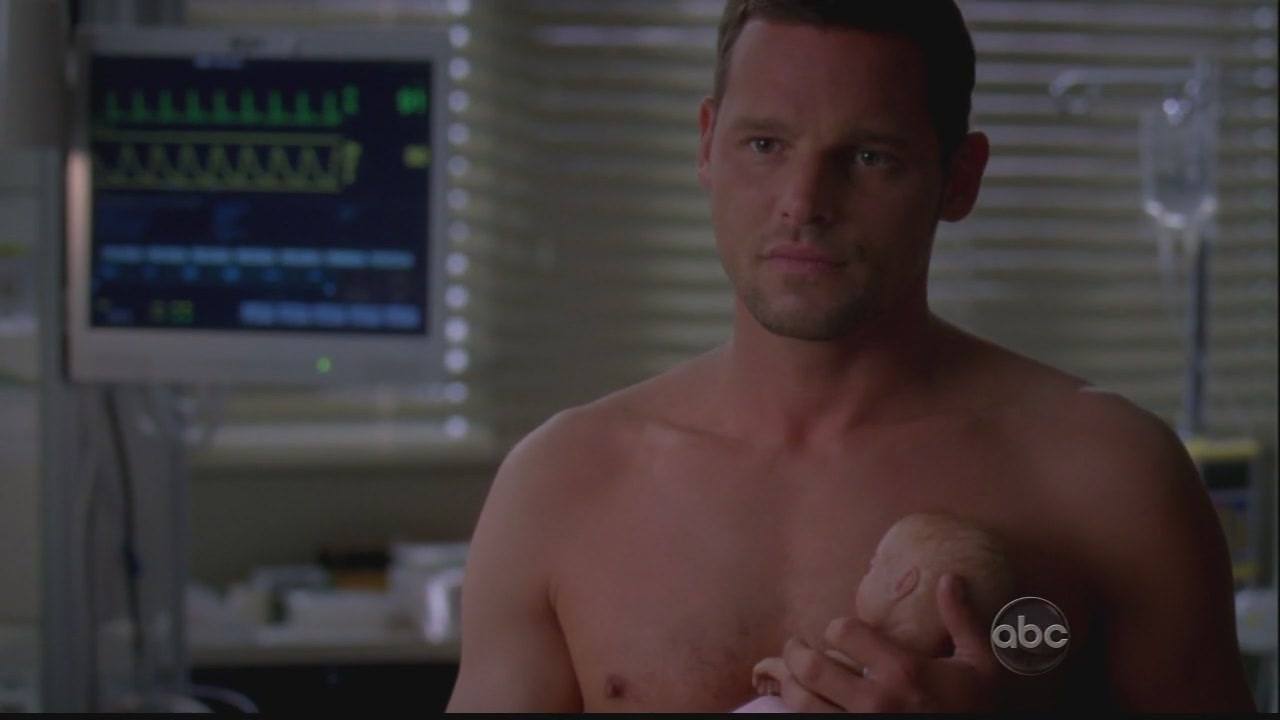 Yeah, we know he hasn’t said anything profound, but he’s certainly doing something profound — holding a very premature baby to his chest, and that’s pretty much all you need to know about Alex and why he should have your attention, even when he’s not saying anything.