Sam Smith is an inspiration to many, a four-time Grammy-award winner and an amazingly talented young man, but Smith’s life was not always been as good as it is now.

The “Stay With Me” hit maker recently gave an interview to The Sun, in which he spoke about homophobia, bullying and the gay community.

He was punched for being gay

Smith revealed that when he moved to London, England, he was once punched in the neck, purely for being gay.

“When I moved to London I got punched in the neck walking back from work. It was definitely homophobic. I was on the phone speaking quite loudly and had pink headphones on so it was pretty clear I was gay,” he told the publication.

He was tormented by bullies as a child

Smith’s bullying and verbal abuse started when he was only a kid, as he revealed to the publication that he came out as gay at the age of 11 and was teased by children at a rival school.

“A bunch of boys from a rival school would shout insults at me as I walked from my home to the train station. I remember walking to the station getting ‘f*****’ shouted at me all the time,” he explained. “It was the most mortifying thing. Not so much for me. I knew these people were stupid, uneducated t***s.”

He received derogatory comments from the gay community, too

Smith also went on to reveal that his first experience at a gay club was terrible, and that there is a lot of bullying in the gay community, too.

“When I was 17 I decided to go gay clubbing in Soho in London. I remember walking in and this gay guy turned to his mate and said something really nasty about me,” Smith revealed. “My whole world just crashed and I had a really lonely feeling. I knew then it was going to take a lot longer to be accepted. There’s a lot of homophobia and bullying in the gay community.”

With fame comes responsibility, but the British star is determined to lend his voice to a good cause and encourage gay teens to be openly gay.

“At the beginning of last year I wasn’t talking about my sexuality as much. But I’ve sold loads of records now and I have a voice,” Smith confessed. “I can speak about this from a position of power, compared to two years ago where it would have been pissing in the wind. It wouldn’t have gone anywhere.” 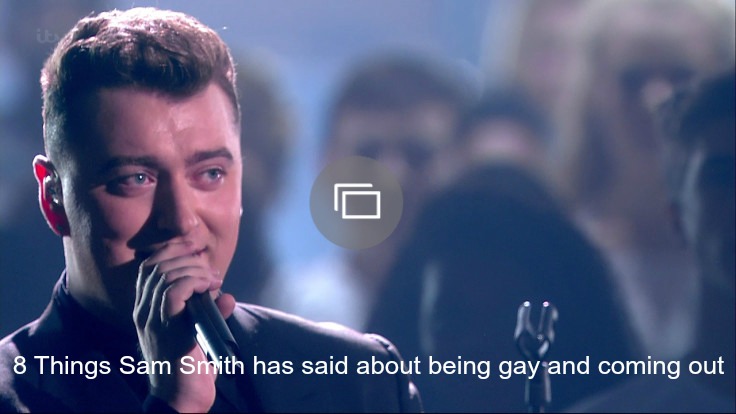