The cast and creators of The Good Wife convened in Hollywood Saturday night, appearing at the famous Dolby Theater as part of the 2015 Paleyfest. Here’s what you can and can’t look forward to as this season winds down. 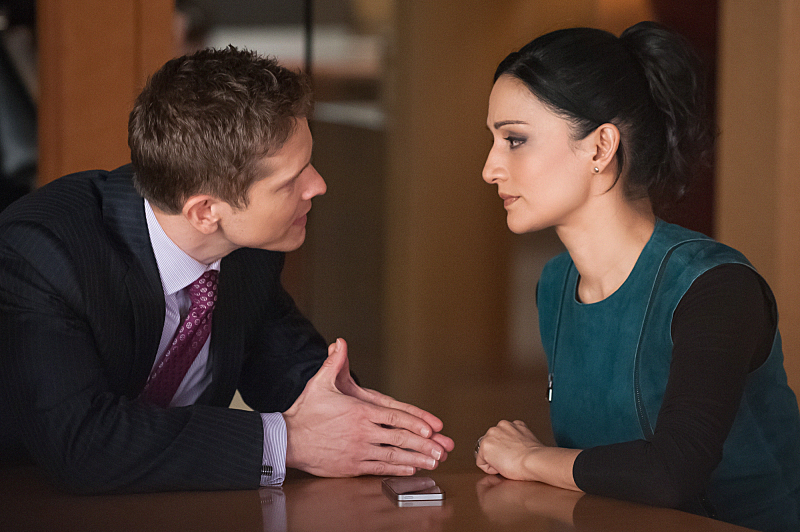 1. Kalinda is leaving The Good Wife

Archie Panjabi, the Indian actress who plays Kalinda on The Good Wife, known for her fine leather jackets and stiletto leather boots, will no longer be an investigator for Florrick, Agos and Lockheart. The actress has designs on a film career and can be seen opposite Dwayne Johnson in the movie San Andreas, coming in May of this year.

2. Kalinda won’t go out Will Gardner-style

Fans of the show were devastated when Will Gardner (Josh Charles) was murdered in the courtroom. But the show’s creators say they can’t do something similar because everyone knows Panjabi is leaving the show, while no one knew Charles was leaving. “It’s a whole different beast,” said the show’s co-creator, Robert King.

3. Archie Panjabi will finish out the season

The Good Wife creators Robert and Michelle King confirmed that Panjabi will appear in the last three episodes of this season, which means it’s unlikely she’ll be killed, since most dramas kill off a character in the second-to-last episode. Still, anything could happen.

4. None of Kalinda’s lovers will come back this season

Apparently, all the actors and actresses from Kalinda’s past are busy working. “The problem is they’re all on shows — damn them! I don’t know what they’re thinking. They should all make themselves available. So it’s always coming down to schedules,” said Robert King jokingly.

5. The election for State’s Attorney will not end the season

On the red carpet, Robert King said they will wrap up the election sooner than the last episode, then caught himself revealing the plot. He said, “Oh, look what I’m doing, I’m giving this away!”

The fabulous Nathan Lane played the meticulous rule-follower Clark Hayden on The Good Wife, and we loved him. But the show’s creators said he can’t come back because he’s currently performing on Broadway in the show The Iceman Cometh.

7. Oliver Platt is coming back for three episodes

Platt returns for a three-episode arc as R.D., the politically conservative businessman and avid hunter. 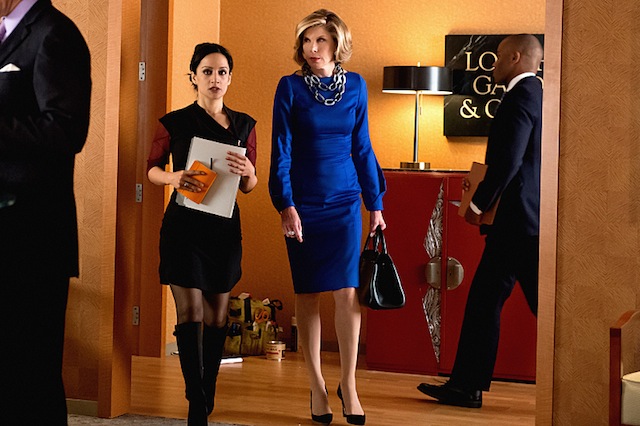 8. Diane and Kalinda will bond

Christine Baranski told us to expect her character, Diane Flockhart, to open up to Kalinda. “Expect to see genuine affection between Diane and Kalinda. She used to be Will’s girl, but she’s kind of been my girl,” Baranski said. “I love working with her. She’s such an interesting character.”

9. The Good Wife is unlikely to spin off another show

King said that as popular as the show is, it takes place in a specific world that can’t be franchised. “This show has a very intelligent, specific audience that is not as wide-ranging as CBS would like,” he said. It’s definitely not a CSI.

10. Ed Asner returns to the show

Ed Asner will again play the lecherous billionaire Guy Redmayne, and we can only wonder what morally ambiguous situation he’ll put Alicia in.

11. Will Gardner’s character returns, but not Josh Charles

We will see a shadowy Will Gardner and hear Josh Charles’s voice in a dream sequence, but we won’t actually see Charles onscreen.