On Thursday’s episode of The Big Bang Theory, the show paid its respects to the late Leonard Nimoy, who died in his Bel Air, Los Angeles, home on Feb. 27, at the age of 83.

There have been many references to Nimroy and his Star Trek character Mr. Spock on the show, and Sheldon Cooper, played by Jim Parsons, even dressed as Spock in one episode. Not to mention there is even a game on the show called “Rock, Paper, Scissors… Lizard, Spock.”

Although Nimoy never appeared on-screen, he did make a guest appearance on the show for the episode “The Transporter Malfunction” in 2012, in which he lent his voice to a Spock action figure that spoke to Sheldon in his dreams.

More: 13 Awesome things you missed on The Big Bang Theory since you stopped watching

Last night, the show paid tribute to the late actor with creator Chuck Lorre’s vanity card, sharing a black-and-white picture of Nimoy, along with the caption, “The impact you had on our show and on our lives is everlasting.” 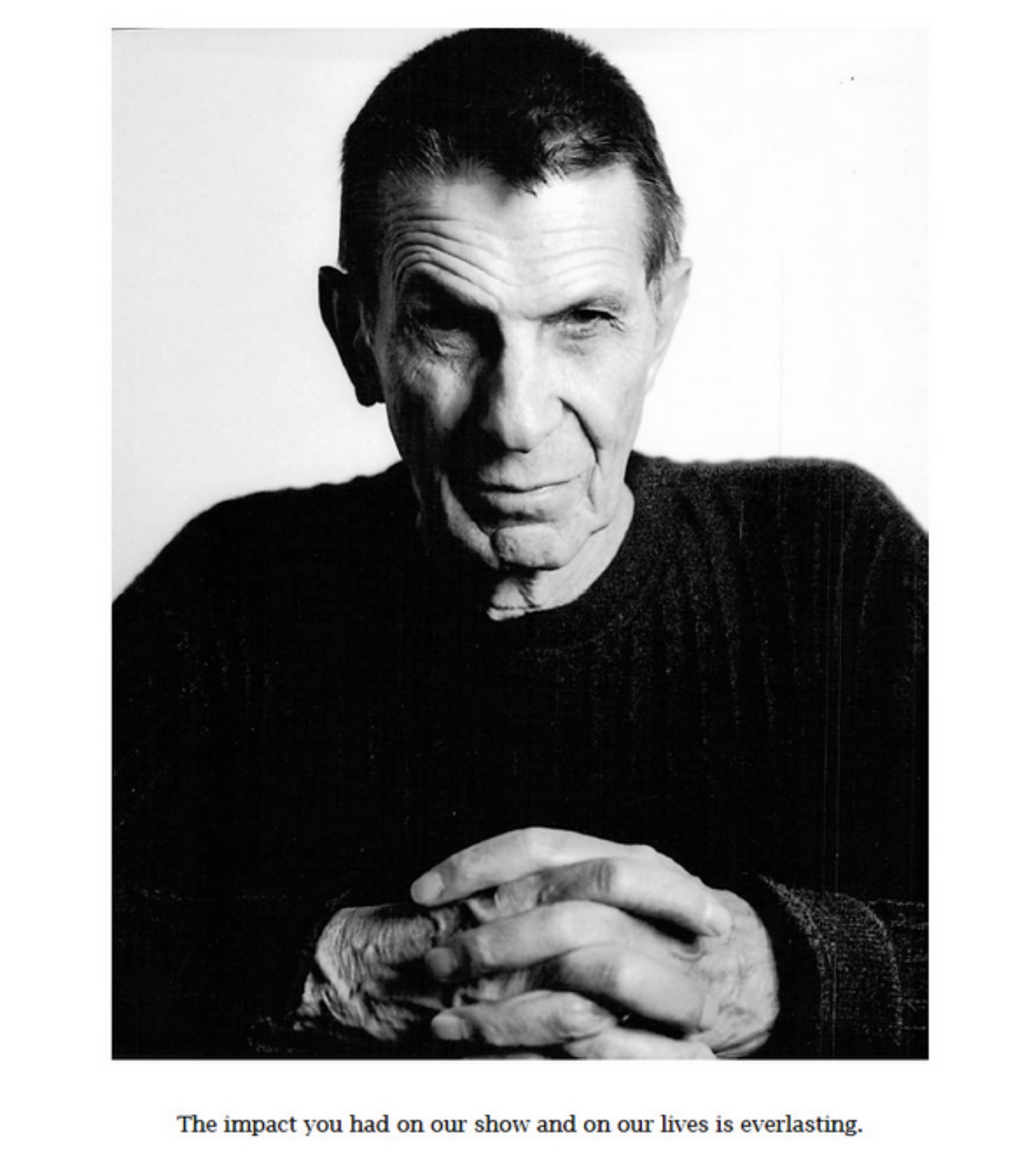 It was a straightforward yet touching tribute to a man who also inspired much more than just The Big Bang Theory.

Watch the episode that Nimoy lent his voice to below.