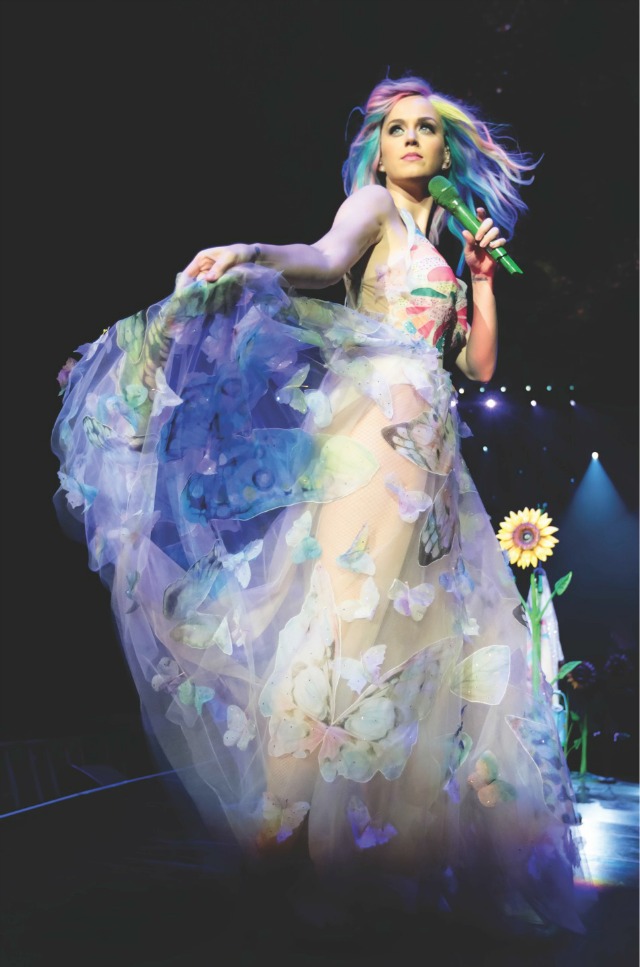 Rainbow hair just might be the big summer color trend after people see this photo of the singer looking all dolled up for her concert special, which airs March 28. The sneak peeks of the show are making us drool with anticipation.

More: Katy Perry dissed Taylor Swift during the Super Bowl? You be the judge 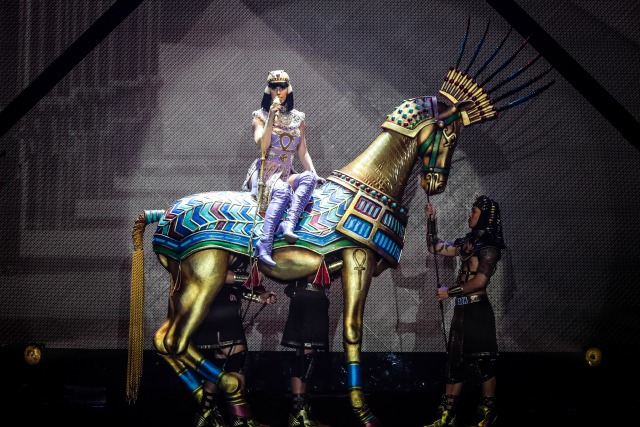 It might be even more epic than Left Shark.

Her look is definitely more futuristic than we’ve ever seen before. And that’s saying something if you’ve seen her music video for “E.T.” Just when we think the singer can’t up the ante any further, she delivers. These photos look like a spread from an alien-inspired fashion magazine.

More: How Katy Perry’s Super Bowl performance became one of the greats

According to Perry herself, “After over 100 shows and counting on The Prismatic World Tour, I’m thrilled to now be partnering with EPIX to share this incredible show with everyone at home in the U.S. IF you thought the 12 1/2 minutes at the Super Bowl were a feast for the eyes, imagine what you’ll get in this 2-hour show!” 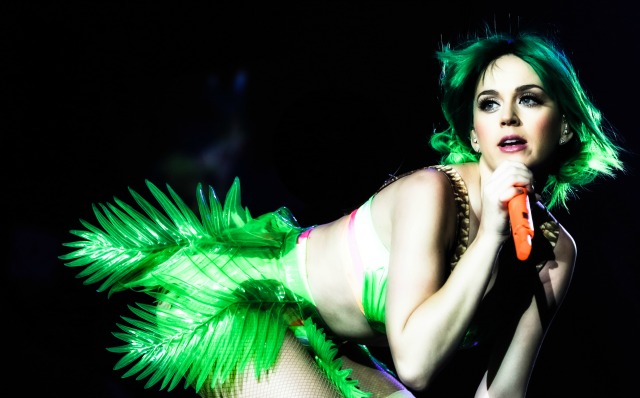 EPIX President and CEO Mark Greenberg promised the show would include “explosive performances, fiery artistry and fun sense of style.” The special will showcase performances of all of Perry’s hits, from “Dark Horse” to “I Kissed a Girl.”

More: 9 Things to know about Katy Perry’s shark guy and his Ninja-Turtle abs 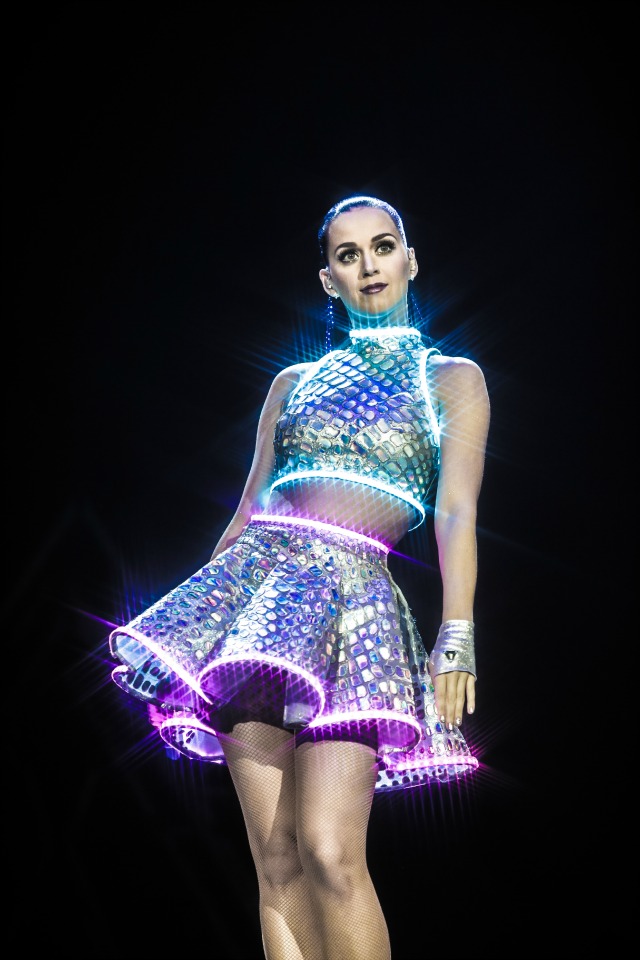 The world television premiere of Katy Perry’s Prismatic World Tour will air Saturday, March 28 at 8 p.m. on EPIX. Don’t worry if you’re not an EPIX subscriber. You’ll be able to watch the special online at EPIX.com as a live free stream and on Perry’s Facebook page.

What do you think of Perry’s intergalactic look for her Prismatic World Tour?