Lena Dunham is getting Scandal-ous.

The Girls‘ star is making the switch to prime time with a sexy guest spot on the hit show.

She’ll appear in the March 19 episode titled “It’s Good to Be Kink,” where Olivia is called to action when she hears about a woman who wants to expose the sex secrets of some of D.C.’s most elite, according to ABC. 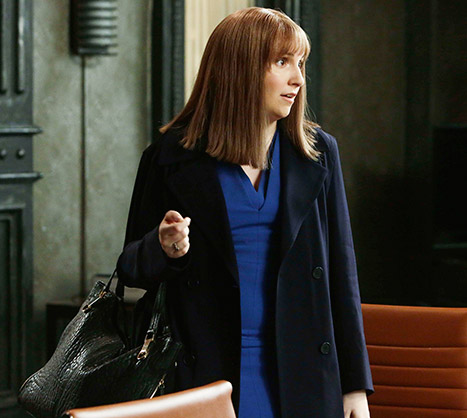 Judging by the pictures, and that I-mean-business look on Dunham’s face, she’s the sexy secret-spiller. And we love seeing Dunham in a new light. In Girls, she always seems to be rocking something frumpy and convenient. But the lady looks bangin’ in that blue dress with that sleek wig. Yes, yes and yes!

As if you weren’t convinced Dunham isn’t going to play quite the sexy gal on the show, the actress revealed in an Instagram photo of her and Scandal star Kerry Washington that they nicknamed her Scandal character “Kinky Sue.”

And, while it looks like Dunham could be Olivia Pope’s next client, she could just as easily be her next enemy. If those secrets involved the president, Cyrus, Abby or any of Olivia’s other high-profile friends, Dunham better watch her back.

The actress and author has her back covered in real life. She hired the woman who inspired Olivia Pope’s character, strategic councilwoman Judy Smith, to help her with some PR mishaps of her own when controversy surrounded her and her book Not that Kind of Girl. 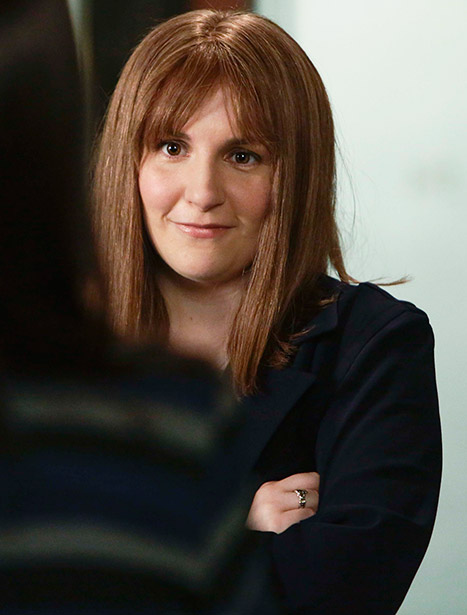 Dunham has been itching to nab a role on Scandal for quite some time. She told Grantland that it was her “life’s great passion” to be a part of the show, and she wanted to appear as “a really evil character.”

Do you think Dunham got her wish or will “Kinky Sue” have more bark to Olivia Pope’s bite?