I love a good fairy tale, and Disney’s upcoming live-action version of Cinderella looks like it will deliver a delightfully classic Disney fairy-tale experience. But before good old Walt got his hands on the tale, the Brothers Grimm told the story with a slightly different spin.

Everyone knows that the sweet, soft-around-the-edges fairy tales we know and love today have an oftentimes sordid, secret past — and since Disney’s Cinderella, starring Lily James, Cate Blanchett and Helena Bonham Carter, opens in theaters next week, we thought it would be fun to catalog all the weird happenings in the Grimms’ original version of this fairy-tale romance.

More:  Lily James admits to a liquid diet for Cinderella, but it wasn’t her choice

It has always struck me as strange that Cinderella’s Prince Charming plans to find himself a bride after only one night of partying. I mean, one night of ballroom dancing is hardly enough time to determine whether or not someone is life partner material! And although it’s still a very quick turnaround, the Grimms’ version of the tale, in which Prince Charming is allowed three nights of revelry to find a bride, feels a little more reasonable.

All about those lentils… and peas 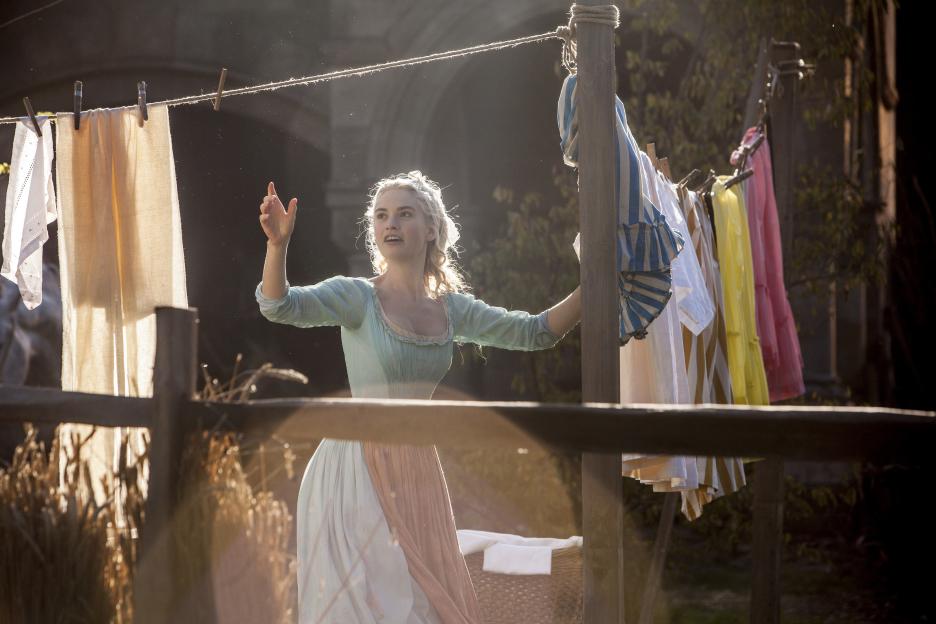 In modern-day adaptations, Cinderella has a to-do list a mile long. Her nasty stepmother and stepsisters have no limit to the demands they pile onto the poor girl, and so Cinderella finds herself facing an impossible number of tasks to complete if she’s to have any hope of going to the ball. In Grimms’ version, however, she’s prohibited from attending the ball by one monumentally weird task instead: Her stepsisters hand her a huge sack of lentils to “sort.”

Apparently, the sisters think it is hilarious to dump bags of lentils in Cinderella’s lap, or in the fireplace, or on the hearth, and make Cinderella sort the good from the bad. They employ this tactic on night one of the ball, and then mix it up a bit on night two by handing her a sack of peas instead. I can totally understand why Disney changed this — no one, and I mean no one, wants to watch someone sort beans for hours.

When I saw Cinderella for the first time, the thing I was most mesmerized by was her ability to communicate with animals. I so wanted to believe it was possible to make friends with helpful mice and birds that could sing and dance and finish your chores for you. But in Grimms’ original version of the tale, Cinderella isn’t quite the animal whisperer Disney makes her out to be. In fact, she seems rather surprised when two white pigeons fly through her window to help her sort those lentils and peas.

I was surprised, too, since the story doesn’t explain why the pigeons decide to help Cinderella, or why they can talk. They do seem to like Cinderella a lot though because they come back again and again to help the girl out… maybe it’s because she lets them eat all those bad peas. It’s a win-win for everyone.

Before there was a Fairy Godmother… 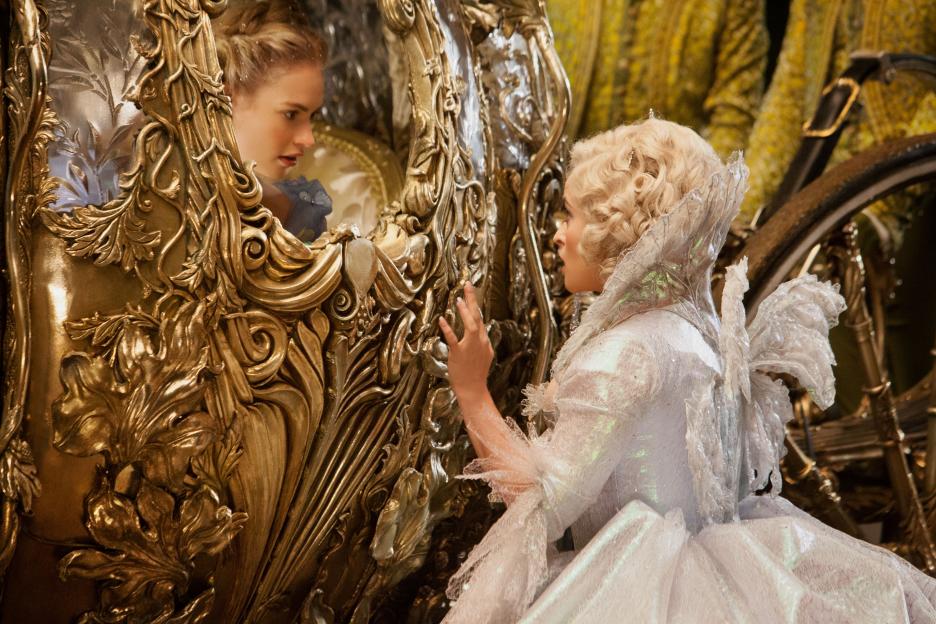 …there was a wishing tree. That’s right, ladies and gents, in the Grimms’ tale, Cinderella gets her dress from a tree that grows atop her mother’s grave. Cinderella planted the tree herself two years before the ball because her dying mother told her to do so. Her mother also told her that the tree would grant wishes if she shakes it, but Cinderella seems to forget about this supernatural feature because not once does she think to shake that tree for a new stepmother.

Instead, after her horrid stepsisters have skipped off to the second night’s ball, it’s the pigeons who tell Cinderella that she could go to the ball, too, if only she asked the tree.

Yeah, we’ve got to give this point to Disney. A Fairy Godmother is much more exciting than a shaking tree.

While there are countless different versions of the Cinderella tale, they all seem to feature the prince finding (and obsessing over) an artifact from Cinderella’s magical attire. Most often, it is a shoe, and it wasn’t actually Disney who decided that the shoe should be made of glass, but a 17th-century French author named Charles Perrault. At the time, glass was a very valuable commodity, and so to have slippers made of glass would be a very fancy thing indeed.

In the Grimms’ version, however, Cinderella’s slippers were made of gold, to match her white and gold dress, and golden carriage.

Because the ball lasts for three nights in Grimms’ Cinderella, our heroine is able to attend the ball two times instead of just one. The first night she shows up, she meets the prince and he refuses to dance with anyone else. But, just before midnight, Cinderella leaves. What’s worse, she doesn’t tell the prince anything about herself. He tries to persuade her to stay, but she knows the magic ends at midnight, so his persistence doesn’t pay off.

Convinced he’s found “The One,” the prince then decides to tar the steps of his palace so that if his pretty pretty princess tries to run again, he can catch her like a fly on sticky paper. I don’t know about you, but I think that’s a little stalker-y. Disney must have agreed, because in its version, Cinderella’s shoe falls off as she’s running… and I’m OK with that.

Before there was plastic surgery

Listen, if you’re so desperate to marry a prince that you’d cut off one of your toes or the heel of your foot, you need to get some help! Yet that is exactly what both of Cinderella’s stepsisters do in Grimms’ version of the tale. Prince Charming shows up with the tiny gold shoe, and since both of their feet are too big, Cinderella’s step-mommy dearest hands her girls a knife, telling them to cut their feet to make the shoe fit.

More: Cinderella remake is more like Fifty Shades than you realized (VIDEO)

Of course, the ruse is discovered because, hello, the girls’ bloody stumps are bleeding all over the place, right? Well, actually…

Remember those helpful, lentil-loving pigeons from earlier? Turns out the prince is not only love-blind (he really can’t remember what Cinderella’s face looked like? Come on!) but also foot-blind, too. In Grimms’ tale, the prince buys each pain-grimaced stepsister’s ruse, going so far as to load each one into his carriage and head on down the road with them until those helpful pigeons bust in and tell him to look at the women’s feet bleeding all over his royal carriage!

More: 4 Signs your Prince Charming is a fake

When Prince Charming finally gets the gold shoe onto Cinderella’s foot, the birds let him know he’s found the right woman by telling him, “Looky, look, look. There’s no blood at all. The Golden shoe’s a perfect fit. She’s truly the bride you met at the ball.”

And that’s a relief because, while very, very rich, the prince apparently got a little shortchanged in the smarts department. 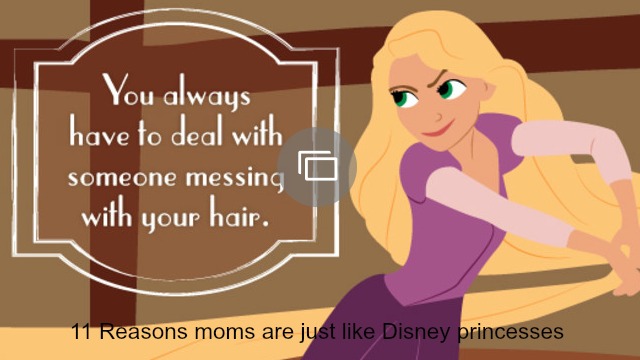