Prison is starting to sound worse and worse for Teresa Giudice.

At first, reports surfaced that the reality star was being treated pretty nicely, even getting her makeup done before her daughter’s visit. But it seems like the silver linings are few and far between as she settles into life in jail.

More: Teresa Giudice hits the slopes before heading to the slammer

According to a source who spoke with In Touch, inmates are taking issue with Giudice’s attitude, saying she acts like she’s better than everyone.

Furthermore, the source claims that Giudice’s status in the prison has gotten so bad, she “told officials that she was afraid for her life. Once you start complaining about certain prisoners, you become a target.”

Another thing that isn’t winning Giudice any friends is her reported plan to write a tell-all book about her experiences in jail.

More: Teresa Giudice is standing by her man

“She’s documenting everything for her book,” In Touch‘s insider claims. “Who’s sleeping with whom, who’s been caught having sex, even little things like who’s arguing over the flatiron. She’s in a lot of debt and sees it as her opportunity to make a lot of money when she’s released from prison.”

Giudice is being confined at the same prison that is used as the basis for the hit Netflix series, Orange Is the New Black. Perhaps she thinks if she can come out of prison with some similar stories, she’ll be able to capitalize on them just like the show has successfully done.

Of course, the article did come from In Touch. And the cover photo shows an obviously Photoshopped Giudice looking nothing like herself in a ridiculous orange T-shirt. The point: Take this information with a grain of salt. A book deal wouldn’t be that surprising, but the prison drama does sound reminiscent of the fictitious variety we love to binge-watch. 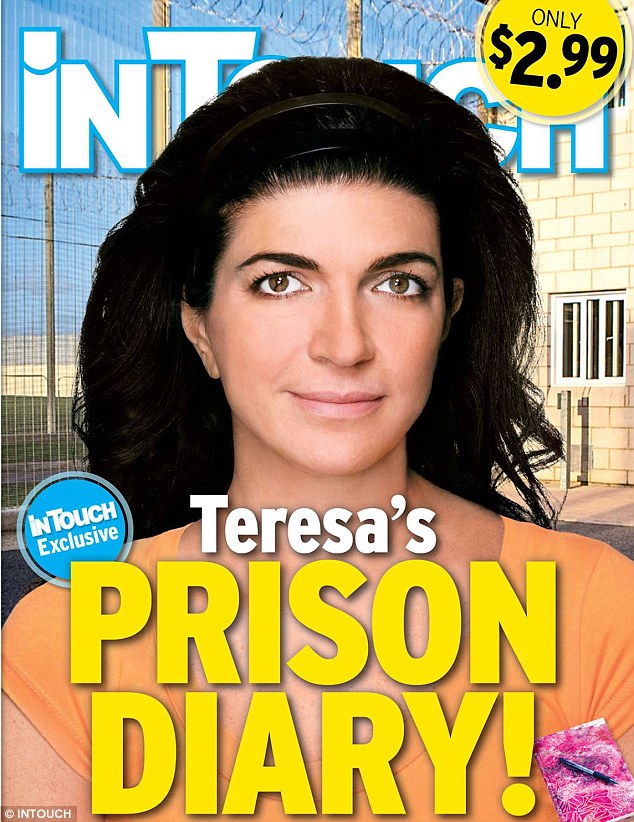 Do you think Giudice’s attitude could really be getting her in life-threatening trouble behind bars?