The new Game of Thrones Season 5 poster is the most revealing image yet.

The poster shows Tyrion (Peter Dinklage) at the bow of a ship, looking out at the ocean. But this is far from a Leonardo DiCaprio/Kate Winslet moment à la Titanic.

I’d say what comes out of the fog is much worse than an iceberg. A dragon looms before Tyrion, and it looks like Drogon, the most fiery of the three.

Still, I don’t think this spells bad news for Tyrion in Season 5. If anything, I think it’s good news, since it means he will finally be meeting Daenerys. Though we’ve known Tyrion’s journey would be leading him to the Mother of Dragons for a few months now, thanks to some sneaky paparazzi photos, HBO is definitely confirming the encounter with the new poster. 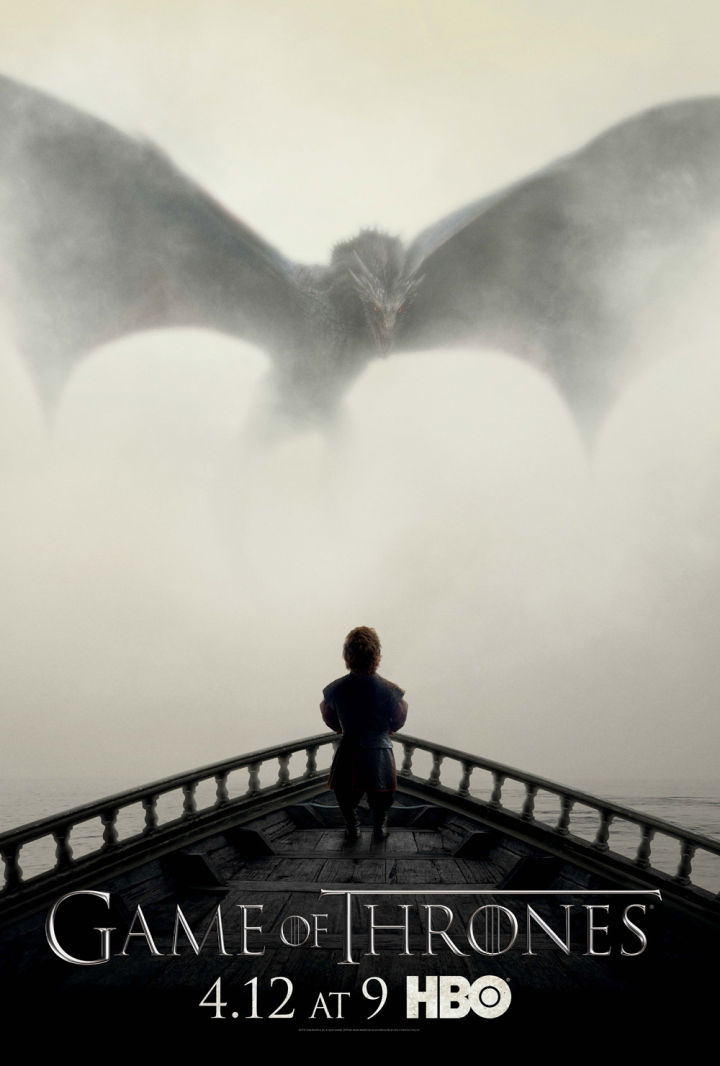 I think this is my favorite Game of Thrones poster yet. Normally, the show seems to favor some dark profiles or subtle imagery to depict the theme of the seasons. But this poster depicts a moment that we can’t wait to see unfold. Hopefully, it means we’ll get a lot more of the dragons in Season 5. I get it, the CGI is expensive — but Game of Thrones can afford it now, so bring it on.

More: 7 Game of Thrones theories that will blow your mind

The trailer for the show teases the encounter between the two beloved characters as well, but it doesn’t show Tyrion actually meeting Daenerys.

“I will never sit on the iron throne,” Tyrion tells Varys.

“You could help another climb those steps and take that seat,” Varys responds.

While I think it’s likely that Daenerys will be skeptical of Tyrion initially, with Varys’ blessing and some proof that Tyrion is responsible for his father’s death, I think he is bound to become one of her most loyal advisors.

More: 8 Things we want to see in a Game of Thrones movie

See the full trailer below.