Oscar winner Eddie Redmayne looks like he’s gunning up for another awards season with his role in The Danish Girl. In a recently released photo from the film, the actor looks nothing like himself. Which I know is the point of acting, but seriously, the transformation is amazing. Dare I say it — he looks a little like Jessica Chastain.

So, I can hear what you’re asking: What is The Danish Girl and who is Lili Elbe and why do I fall more in love with Eddie Redmayne every time he opens his perfect little British mouth? Well, I can answer two of those questions and throw a few more facts your way. 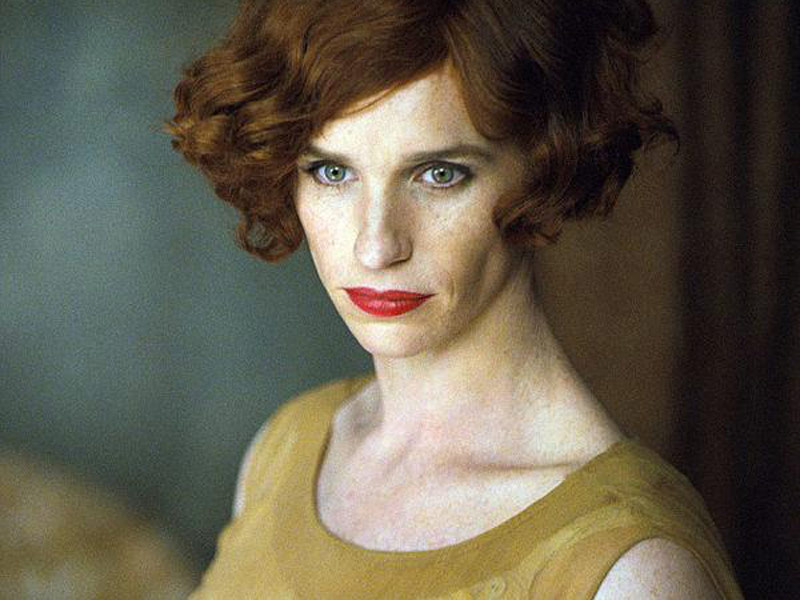 1. The Danish Girl is actually based on a 2000 novel of the same name by David Ebershoff.

That’s right, I said novel. Even though Lili Elbe was a real woman, the book’s a fictionalized account of her life.

2. Lili Elbe, known as Einar Wegener earlier in her life, was a Danish painter married to another Danish painter named Gerda Gottlieb in the early 1900s.

After standing in as a woman for one of Gerda’s absent models one day, Lili realized she felt comfortable in woman’s clothing and began the transition to living life as a woman. In the 1930s, she was one of the first people to undergo sexual reassignment surgery. Obviously there’s a lot more to the story and you can read about it right here.

For movie buffs out there, you might recognize him as the director of Les Mis (also The King’s Speech… dude’s good at making award-winning movies). What does that have to do with anything? Hello! Eddie Redmayne made his debut as Marius in Les Mis. So it’s a reunion of sorts. This time, with a little less singing.

While you probably haven’t heard her name before, she’s about to be everywhere. She’s starring in the movie adaptation of The Light Between Oceans this year with Michael Fassbender and Rachel Weisz. Which, side note, you should read after The Danish Girl. It’s one of the top five books I read last year.

5. OK, this one isn’t so much a fact as a reminder that Redmayne just won an Oscar for his portrayal of Stephen Hawking in The Theory of Everything.

He is an Actor with a capital A. If anyone can take on this role and do it justice, it’s him.

Here’s to not only hoping the movie’s as awesome as it sounds, but also that the internet can talk about transgender women respectfully as more information about the movie comes out.