Body-shaming pregnant women while pretending to be very, very concerned for their health is a favorite pastime of tabloids, and few women have ever been as big a target as the former Kate Middleton, Duchess of Cambridge. Now expecting royal baby No. 2, this is not her first time at this rodeo — but the criticism over her body has gotten worse instead of better. Here’s how. 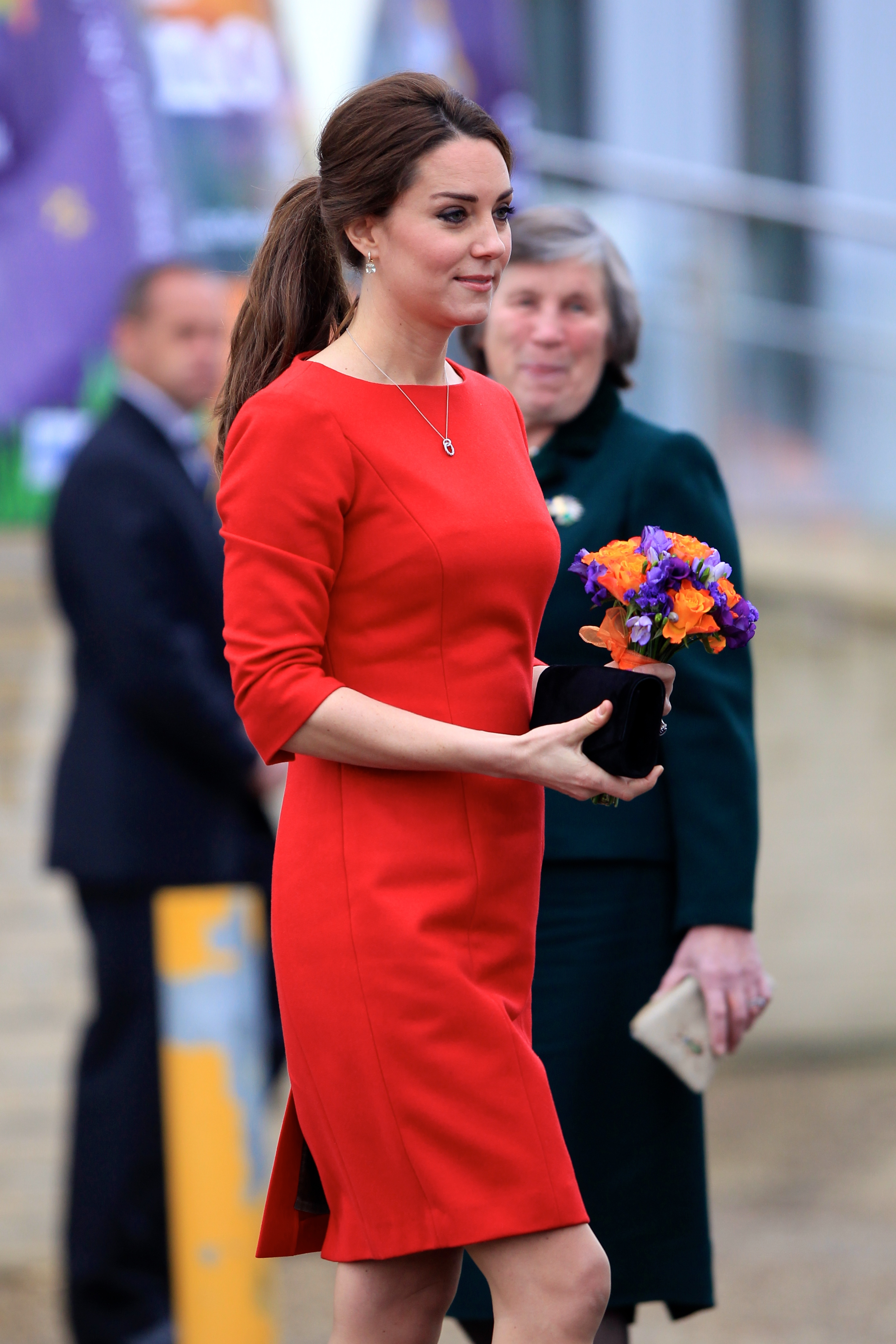 Despite the fact that Kate is naturally slender and quite tall, internet trolls love to snark that she is too skinny for a pregnant woman of any stage and must be dieting and putting her baby at risk. Never mind the fact that she has a very long torso and at nearly 5 feet 10 inches, she could put on a solid 40 pounds and we’d barely be able to tell.

More: 11 Signs you’re too obsessed with Kate Middleton and the royal family 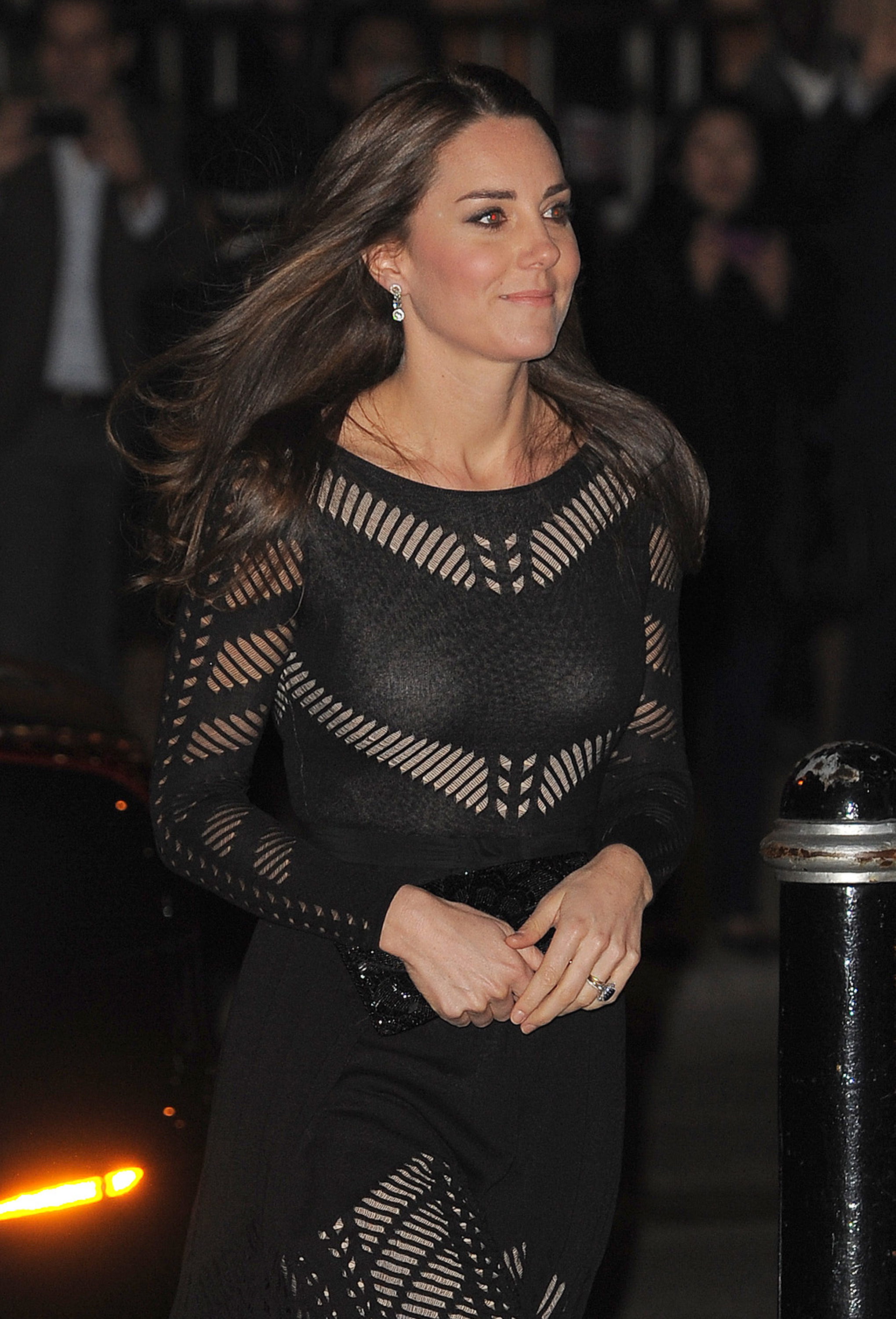 2. She overdramatized her “morning sickness”

Poor Kate suffers from hyperemesis gravidarum, a pregnancy complication that causes extreme nausea and frequent vomiting — it is not morning sickness, it is morning sickness on steroids. It can cause severe dehydration, putting the health of both mother and fetus at risk. There is nothing to overdramatize because it is dramatic enough already. Suggesting that Kate should suck it up and get on with her public appearances is cold at best and downright dangerous at worst.

More: Kate Middleton turns 33: How does a pregnant princess spend her birthday? 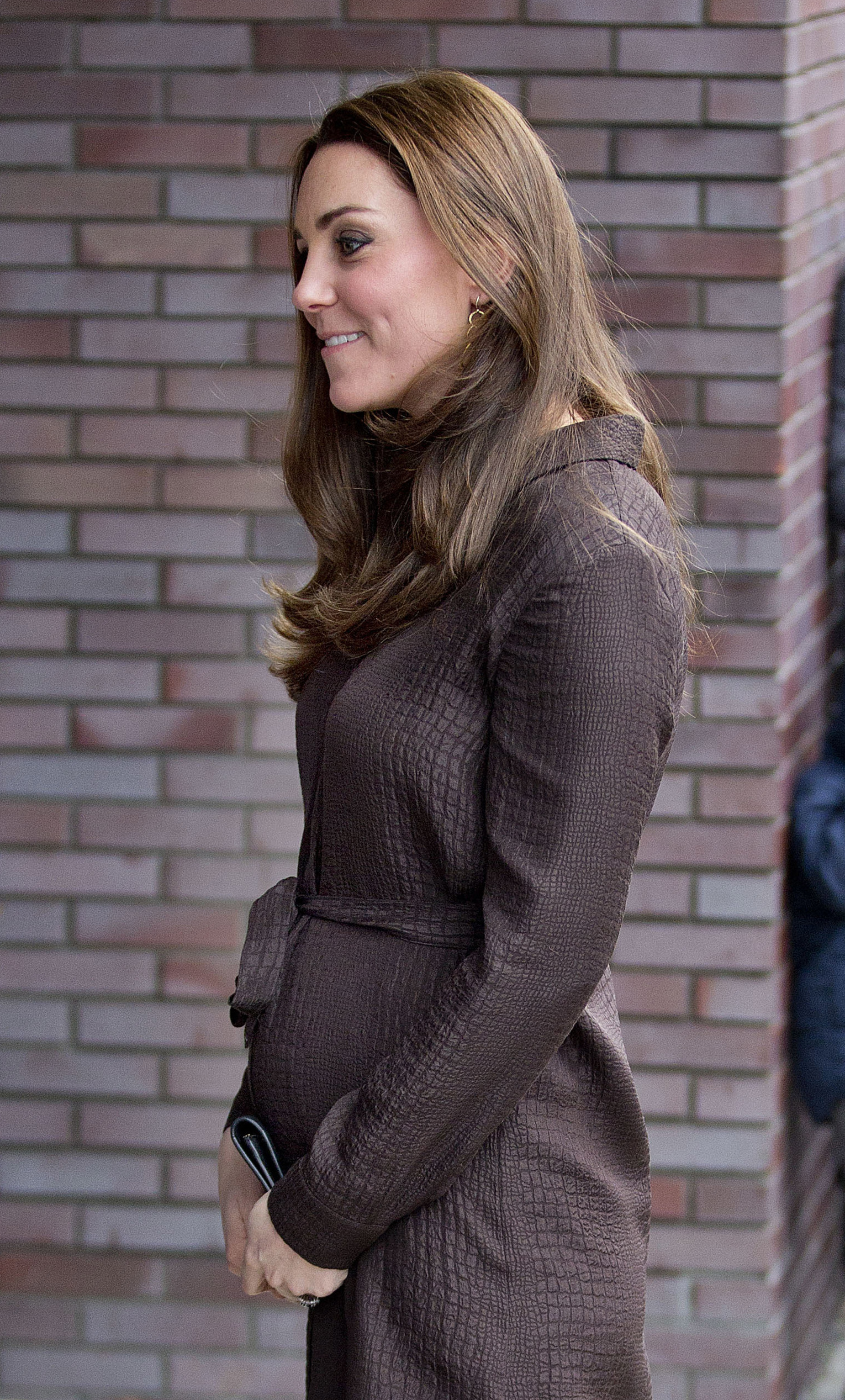 Very few things frustrate a pregnant woman more than the constant comments on the size of her baby bump. Kate has alternately been accused of having a bump that’s too small (which ties into the whole “she’s too thin” insult, implying that she is harming her baby by not eating enough) and having one that’s “bigger than ever!” Of course it’s bigger than ever. Every single day it is literally bigger than ever. Baby bumps do not get smaller, they grow. That’s kind of the point. When you tell a pregnant woman how big she is, she hears you saying she looks like a whale. Just don’t do it. A woman’s size, pregnant or not, is none of your business.

More: This Photoshopped version of Kate Middleton is horrifying 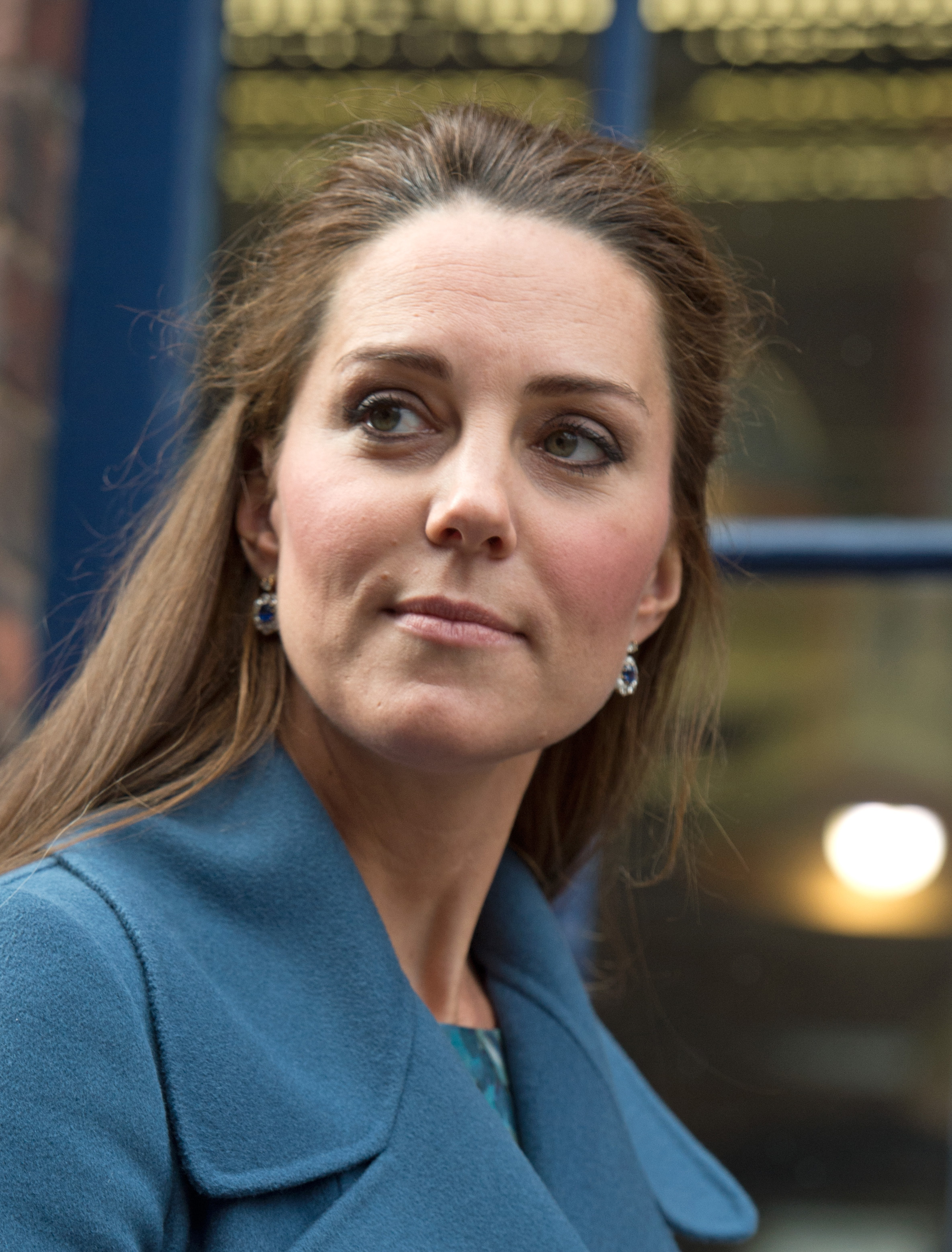 Earlier this month a British tabloid published a lengthy article on a few stray grays peeking through Kate’s ponytail at a personal appearance. Other outlets quickly picked up on it, with several remarking that she probably stopped coloring her hair due to pregnancy. But earlier in this pregnancy and during her previous one, some commented that when the Duchess continued to get her trademark subtle highlights touched up, she was putting the royal fetus in danger. Here’s the thing, though: Coloring your hair during pregnancy is generally considered safe, and there are certainly organic hair color products out there. It’s another case of damned if she does, damned if she doesn’t, though. Gray hair means she is not a perfect princess after all, colored-over gray means she is endangering her baby in the court of public opinion. If Kate wants to color her hair, that’s fine. If she doesn’t want to color her hair, that’s fine too. If she wants to color her hair but doesn’t have time because she has a toddler running around and she is exhausted from pregnancy, we can totally relate, girl. 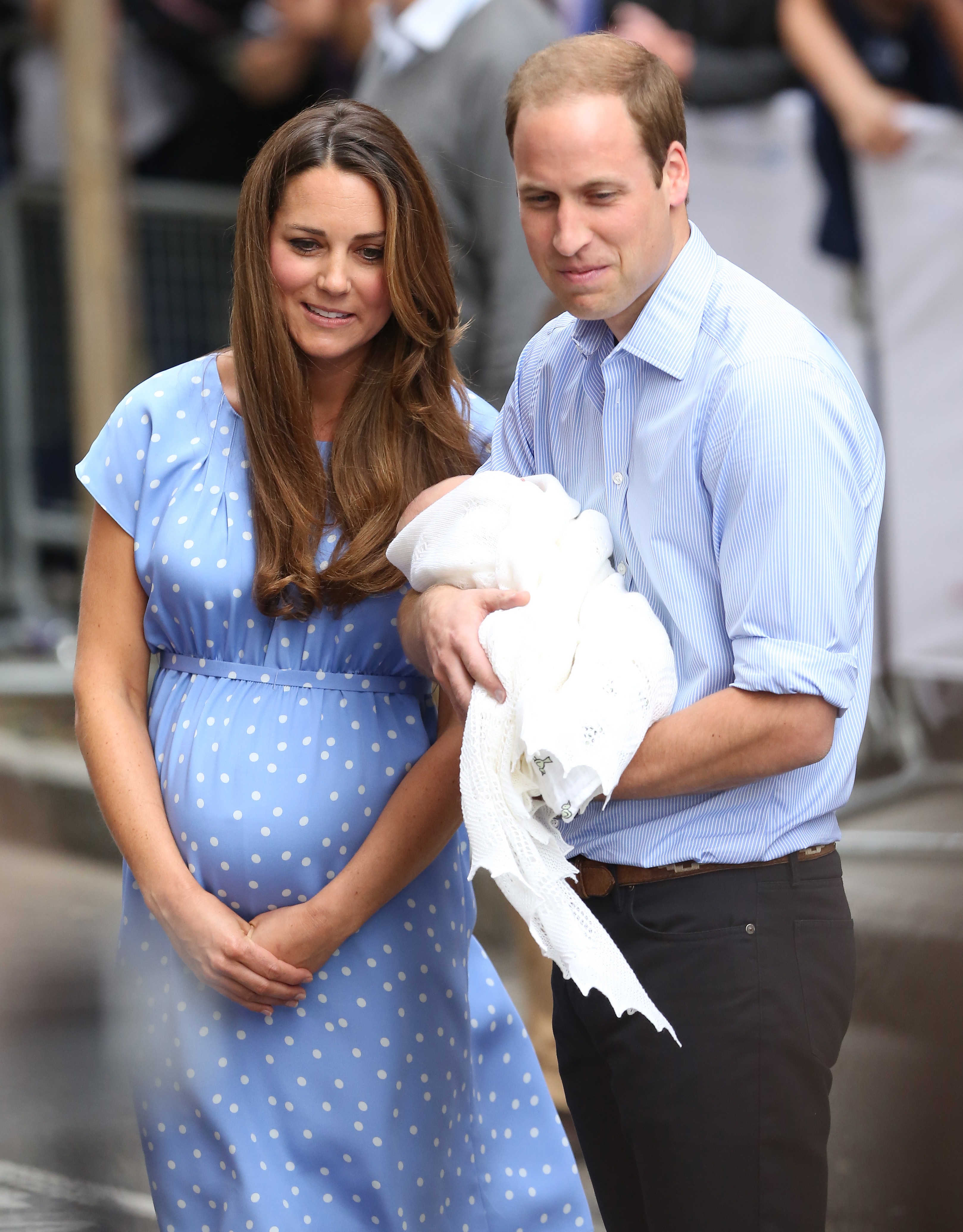 5. She still had her bump a day after giving birth

The day she and William presented their new bundle of joy, Prince George, to the world, Kate appeared outside of the hospital with one of the first big surprises a new mother experiences: What looked like a six-months-pregnant bump. No, a woman’s stomach does not miraculously flatten back down immediately after the baby vacates the premises. The media jumped all over this, remarking how brave Kate was to dare to be seen in public in such a state. But what sounds like a nice, supportive statement is actually snark in disguise. Implying that one must reach deep down within one’s soul to dredge up enough courage to dare look like you gave birth in the last 24 hours is horrid, because it also implies that otherwise you should probably hide yourself away until you can do a juice cleanse to get rid of that mummy tummy and spare everyone the sight of your real mama body.

The lesson in all this? Just stop. Stop dissecting women’s bodies, stop the mommy war judgment of other people’s lives you know nothing about, and just leave women to take care of ourselves and our bodies as we see fit. Kate belongs to Kate, and no one else.

Tell us: How do you feel about the constant criticism Kate Middleton and other pregnant women deal with?