The announcement of this year’s Oscar nominations sparked widespread debate about the representation of minorities in film and the Academy’s failure to recognize the work of non-white and non-male collaborators, so much so that the hashtag, #OscarsSoWhite, trended on Twitter.

More: 4 Heartrending documentaries that will open your eyes about diversity

The general consensus is that when it comes to representing women, African-Americans, Asians, Latinos, LGBT and other non-white, non-male, non-straight people, the small screen is where it’s at, leaving movies far behind in the diversity stakes.

With the Oscars now over, it seems an opportune time to take a closer look at television, including the bigger networks and some of the smaller players, in terms of their on-screen representation. While we know that behind the camera, there is still much room for improvement, how in tune are the networks with reality when it comes to the shows they’re putting on the air? Are they truly representative of real life when it comes to diversity or do they fall prey to tokenism — or worse, are they not even trying? For good measure, we’ve separated the networks into three categories: diverse, making an effort and need to work on it.

Need to work on it 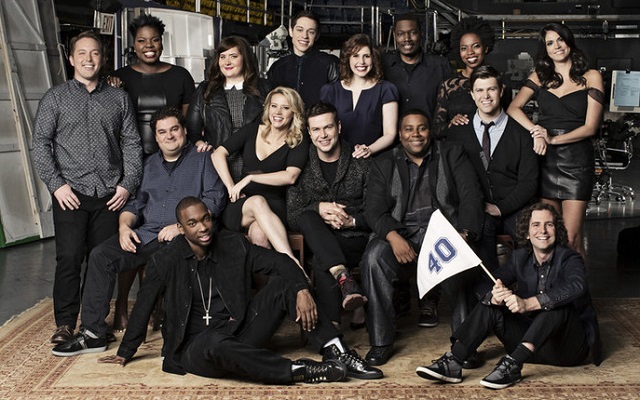 It’s quite telling that NBC’s most diverse show these days is most probably Saturday Night Live, which not that long ago was the focus of much derision for the lack of diversity among its cast. Of its 15 current cast members, six are female, five are African-American and one is gay. While those numbers are better than they were, it’s still a largely male, largely white, largely straight cast. In terms of NBC’s prime-time offerings, Law & Order: SVU and The Mysteries of Laura are the only ones that focus mainly on a female lead and, while there are non-white and LGBT characters on some of NBC’s shows, few are ever the most prominent focus.

It’s quite possibly the case that NBC’s most diverse shows just went off the air. Parenthood and Parks and Recreation were focused equally on men and women — in the case of the former — and significantly on one female protagonist — in the case of the latter. Both shows also featured African-American, Latino and gay characters. 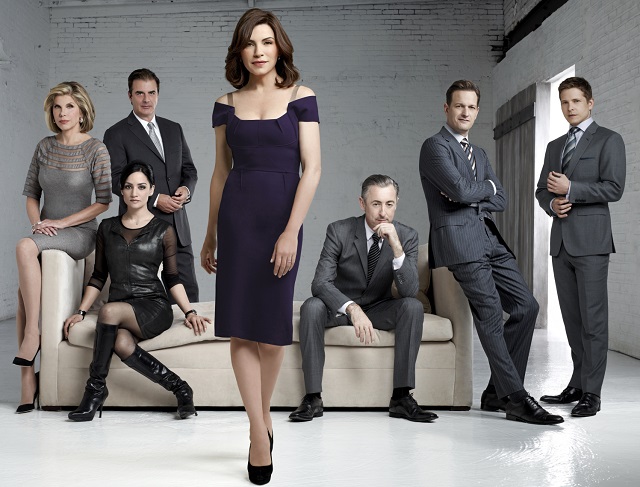 CBS also appears to be lagging in the diversity stakes. It does contain some shows that are female-centric in terms of leads and premise — like Madam Secretary, The Good Wife (although the only main character who is non-white, non-straight and non-male will depart from the show at the end of its current season) and Mom — and there are some shows that feature non-white actors as leads or characters with a smaller focus — like the NCIS franchises, The Big Bang Theory, Stalker, Elementary and Hawaii Five-0. But there’s still a lot left to be desired when it comes to greater diversity among individual casts. Extant was CBS’ only new show of the fall season to feature an African-African as its sole lead, and LGBT characters, although there are some, appear to be in short supply among the network’s shows.

Overall verdict: They’re both pretty bad, but NBC is the clear loser when it comes to diversity. 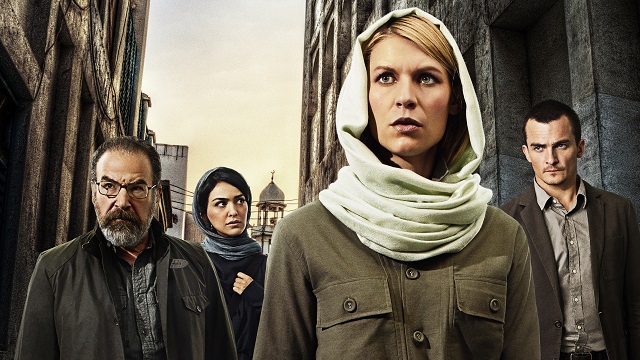 To put it plainly: Showtime and HBO have work to do. Showtime does have Homeland, which is focused mainly on a female character and whose story lines make diverse casting a requirement, and HBO has Looking, which is certainly nothing to stick our noses up at given gay characters are its focus (HBO also gets commendation for airing The Normal Heart, but we’re trying to stick to series here and not special event programming).

With shows like The L Word and Queer as Folk no longer on the air, Showtime isn’t really doing much in the way of LGBT representation aside from some story lines on Masters of Sex. Meanwhile, HBO’s not doing a great job when it comes to non-white representation. It does have the female-centric Girls (which has received criticism in the past for its lack of diversity) and Veep, the main character of which is a woman, as well as Game of Thrones, which also prominently features women. 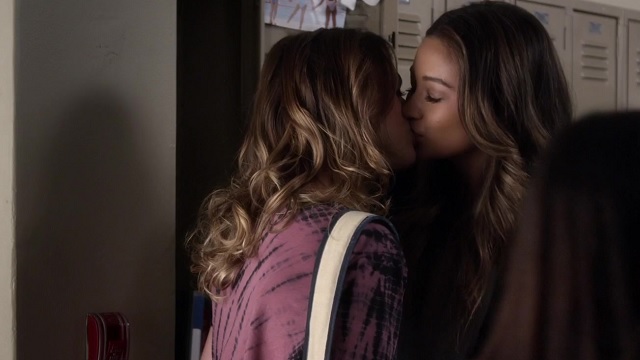 One cable network that isn’t looking too bad in terms of non-white, non-male, non-straight representation, and therefore getting cable into the “making an effort” category? ABC Family, which has The Fosters and Pretty Little Liars. While that’s only two shows, both are female-centric, both feature LGBT leads and both aren’t solely focused on Caucasian characters. It’s clear that they’re trying. 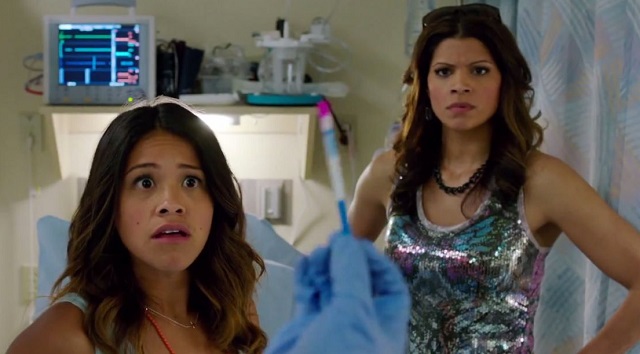 Image: Jane the Virgin / The CW

According to The Wrap, GLAAD’s 2014 “Where We Are On TV” report found that of the 89 series regular roles on The CW’s 12 main shows, only 23 of those are non-white characters. That figure is apparently up 10 percent from 2013. We can only surmise that the jump is due to Jane the Virgin — one of TV’s most celebrated new shows. While those numbers aren’t great, The CW is clearly making an effort. Not only is Jane the Virgin unique, hilarious and really touching, it’s also female-centric, focused on a Hispanic family and features a lesbian relationship. The show centers around a matriarchy, only three of its nine main characters are male (those same figures apply to its white vs. non-white cast) and the recently revealed villain the show kept hidden for so long turned out to be a woman!

Of the other shows in The CW’s lineup, only Beauty and the Beast features more non-white characters than white characters, although The Flash does feature an African-American family that was originally white in the comic book series. Also garnering The CW a strong tick of approval? Its depiction of gay and bisexual characters. The same GLAAD report we mentioned earlier found that 76 percent of The CW’s programming hours featured gay content and 36 percent of their programming hours featured bisexual content. So, while The CW does have some work to do on the racial diversity front, it is making some nice strides in other areas. 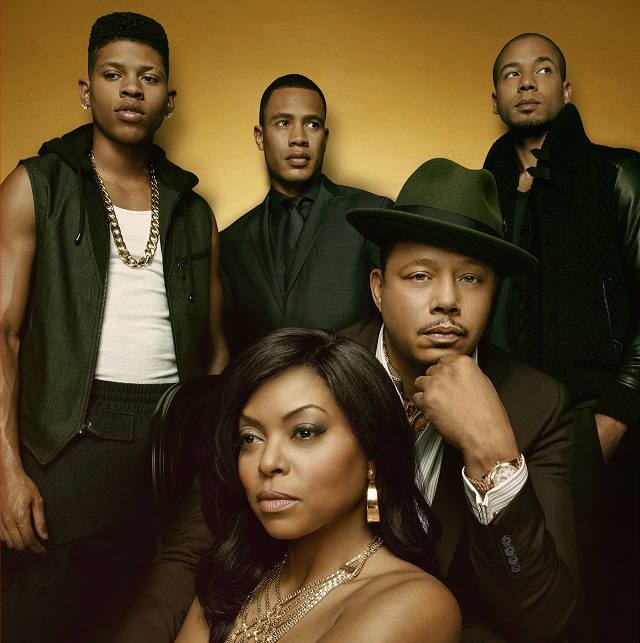 Fox is one of the better networks in terms of diverse representation, and a big part of that is the advent of Empire, which is winning a lot of praise for its focus on an African-American family, as well as its depiction of a gay African-American man at ease with his sexuality, but is struggling to come out. And the audience numbers Empire has been pulling prove it’s really resonating with viewers. Although it will soon wrap up its six-season run, Glee is also a big part of Fox’s diverse portfolio, with its consistent focus on female, African-American, Asian, Hispanic and LGBT characters, and characters with disabilities. Glee has been a beacon of diversity since day one, and here’s hoping another show is able to fill the diversity void it will no doubt leave when it goes off the air.

It would also be remiss of us to talk about Fox and not mention The Mindy Project, featuring Mindy Kaling — an American woman of Indian heritage — as its lead. Brooklyn Nine-Nine, Sleepy Hollow and Bones also rely heavily on female, African-American and Hispanic characters. 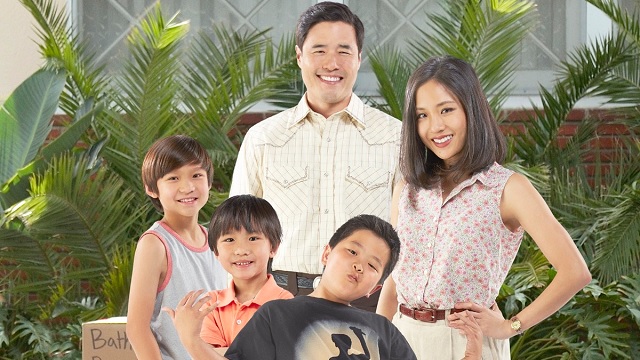 Image: Fresh Off the Boat / ABC

Of the big three networks, ABC is well and truly leading the diversity charge, thanks in big part to Shonda Rhimes’ penchant for color-blind casting and determination to represent women and LGBT characters. Grey’s Anatomy, Scandal and How To Get Away With Murder are all helmed by female leads, two of whom are African-American. All three shows prominently feature Hispanic, as well as gay and lesbian, characters. All three shows also rely heavily on guest casts that have included and gone beyond Caucasian, African-American and Hispanic actors, making them truly diverse.

ABC also has Black-ish, Fresh Off the Boat and Cristela among its racial diversity ranks, and shows such as Modern Family, Revenge and Nashville all feature prominent gay or bisexual characters. 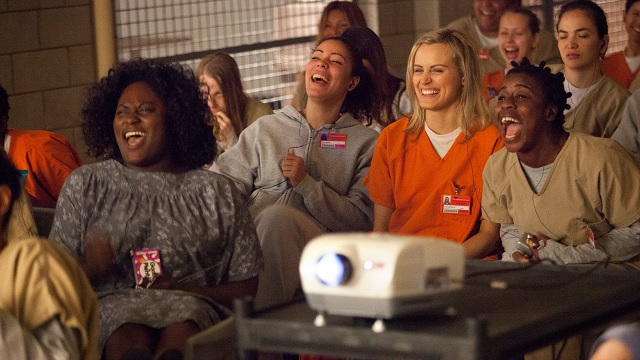 Both networks have dedicated large chunks of their small flock of original programming to projects that really aim to give a voice to the members of society who are largely under-represented on television. Netflix’s Orange Is the New Black is ticking all the boxes in terms of female, non-white and LGBT representation, more so than any other show on television. Both OITNB and Amazon’s Transparent have been praised for giving positive and fully realized representation to trans characters — the focus of Transparent being a transgender character — which stand in contrast to the often negative and largely minor representation such characters have received elsewhere on TV in the past. 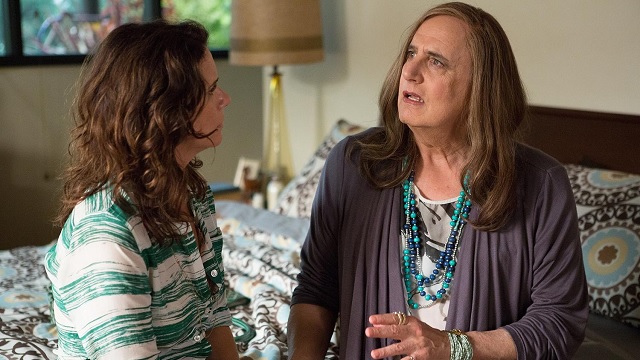 Overall verdict: There’s no real way to make an assessment of how diverse is diverse enough, but ABC is certainly leading the pack in terms of traditional television. But, ultimately, to put it plainly, Netflix and Amazon are kicking everybody else’s butt when it comes to diversity.

What do you think about the status of diversity on television? How diverse is diverse enough?