Robert Pattinson doesn’t have a leading role in the new film Maps to the Stars, and his character, Jerome, seems to be quite the opposite of the actor in real life. Here’s a list of the things RoPatt does on-screen that we can’t imagine he would ever do.

1. Works as a limo driver

We can only imagine Robert Pattinson has been driven around Los Angeles by more than a few professional drivers, so it’s pretty strange to see him behind the wheel, chauffeuring others around. But this is how his character Jerome pays his bills.

That’s right, in Maps to the Stars, megastar Pattinson, the dude whose vampire face hangs on every teenage girl’s bedroom wall, plays a wannabe actor. While it’s hard to believe the guy we’ve come to know and love as Edward would ever have to struggle to get an acting job, Pattinson plays the role with perfect humility.

3. Romances a girl with severe burns

In the movie, Jerome (Pattinson) has a spark with the mysterious Agatha (Mia Wasikowska), a young woman with severe burns on her face and arms. Her scars are so bad, she wears opera gloves 24-7 to hide them. Though we believe Pattinson isn’t shallow and would date a girl with scars in real life, it’s a lot more likely that this Hollywood heartthrob would date an actress or model. 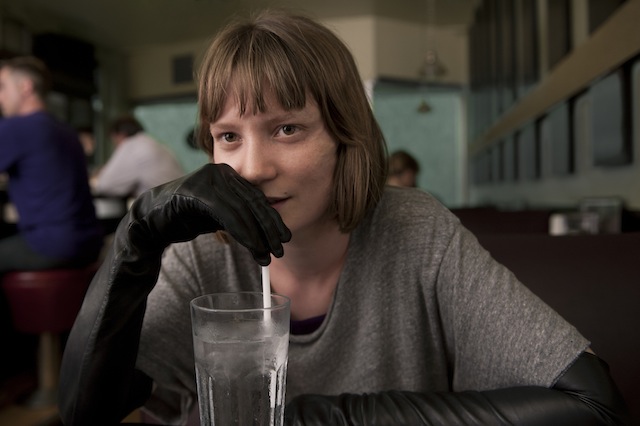 Ever since the first Twilight movie, Pattinson has earned the right to be called a movie star, so it’s strange to see him take a smaller role like Jerome in Maps to the Stars. Though he’s central to the story and an important part of Agatha’s world, he’s not the lead. But we think this move is an excellent strategy to reinvent himself as someone other than a vampire.

More: Robert Pattinson’s performance in The Rover will change your mind about his acting ability 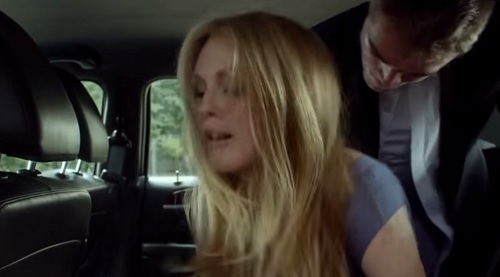 In the film, Julianne Moore’s character, Havana Segrand, gets jealous of Agatha, who’s working as Havana’s personal assistant. To get back at Agatha, Havana decides to seduce Jerome in his limousine by offering to have sex with him as “research” for one of his scripts. He agrees and the scene is super hot, if not a bit twisted.

Maps to the Stars opens on Friday, Feb. 27, in limited release.

More: Robert Pattinson: “I have to prove certain things”

Are you looking forward to seeing Maps to the Stars? Let us know in the comments section below.