Rick’s beard has gotten so long on The Walking Dead that it has almost become a character of its own, but we’re here to say that it needs to stop. Now.

More: The Walking Dead‘s first gay male character — what you need to know

There were times when Rick’s facial hair used to be hot, but those moments are in the past. That behemoth on his face has gone from sexy to gross. Here are a few reasons why it’s about time it got chopped off.

1. He’s so much hotter without it

Just feast your eyes on the beauty of Rick back in Season 1. The overgrown beard wasn’t there and Rick’s face was simply stunning. Check out those piercing blue eyes that the beard has all but made disappear these days.

2. It makes him look old

The longer the beard gets, the grayer it gets, which in turn makes Rick look older. We’re not talking that sexy, older-man vibe either. It’s just plain old and we don’t like how it makes him look older than he really is. The apocalypse is probably going to age everyone prematurely, but there’s no reason we need to see that on Rick’s face. 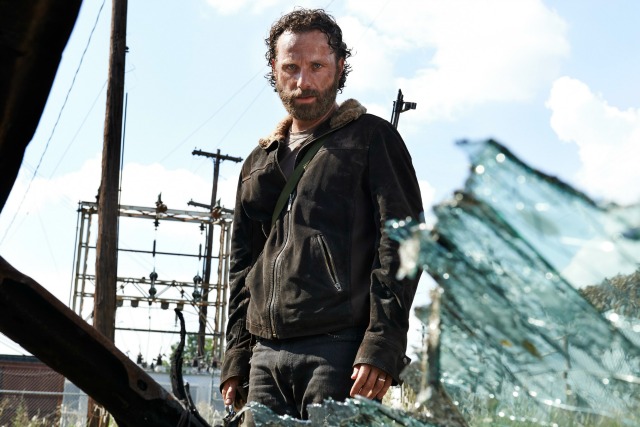 When you think about it, having a thick, long beard in the apocalypse is probably not the best idea. Can you just imagine how much food, blood and walker guts get into that thing? Yuck.

4. Alexandria is a fresh start

The group is marching into a new, safe place. By the look of Aaron, we can probably assume that they have access to basic things like showers, clean clothes and, yes, razors. We think Alexandria would be the perfect place for Rick to make a fresh start and say bye-bye to the beard.

5. Andrew Lincoln hates it, too

In a video interview from 2013, Lincoln talked about the beard and the battle he’s had with it. He said his son didn’t even recognize pictures of him from Season 1. How sad is that? Lincoln himself said he’s “aging terribly” with the beard and that he wanted to shave it off.

6. Everyone else manages to keep theirs in check 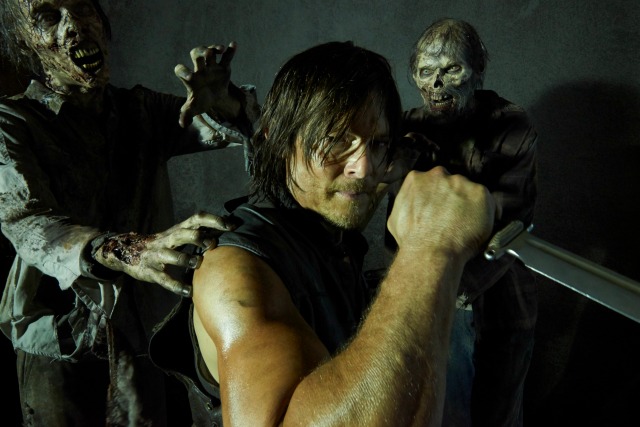 Sure, you can argue that it’s hard to keep up with personal hygiene in an apocalypse, but that doesn’t seem to be an issue with anyone else in the group. Most of the men are clean-shaven and those that do sport some facial hair keep it trim and neat.

If Rick allows his beard to just keep on growing, it’s going to become a forest by the time Judith is old enough to realize who her dad is. That poor little girl is probably going to get more scared of her own dad than the walkers.

Beards might be all the rage right now and we know a lot of ladies enjoy that lumberjack look on their menfolk. But a zombie apocalypse is not a place for lumberjacks. If Rick is growing that thing as some way to be in style, then we plead with him to stop.

9. It’s a reminder of a sorrowful past

Remember back in the good old days of the apocalypse when Rick was beardless and hadn’t yet discovered the terrors of the world? He’s been through a lot since then and lost so many people it’s a wonder he’s not still crazy and hearing voices on disconnected telephones. The more that has happened, the longer the beard has gotten. Maybe Rick could erase some of that pain with a few swipes of a razor.

10. He’s still a badass without it

Yes, we know Rick is a BAMF with that beard. But will he really lose any of that badass cred if he chops it off? Imagine Rick biting into people’s necks or hacking off heads with his machete and a clean-shaven face. Got that image in your head? OK, now take away the beard and try to tell us that he’s any less of a badass.

The Rick-tatorship does not require facial hair to run. Chop off the beard and we’ve still got a man who knows how to keep his people safe, while still being open to suggestions from those around him. Rick has all the qualities of a fantastic leader, no matter how much hair is on his face.

We know Lincoln shaves his beard every time they wrap filming and then starts growing it again when it’s time to start prepping for a new season. But even though we know it’s real, we can’t help but feel that it’s fake, sometimes. Every once in a while the camera angle or the lighting makes it look like they just glued it on his face, which isn’t even remotely attractive.

More: 18 Signs you’re too obsessed with living in a post-apocalyptic world

If Rick must have a beard, we’re voting for shorter. Back in earlier seasons, Rick’s beard hadn’t yet become the monster that it is today. When it was shorter and trimmer, it didn’t look half bad. In fact, there were moments when the shorter beard was quite sexy.

What do you think of Rick’s beard on The Walking Dead? Should he shave it off or not? 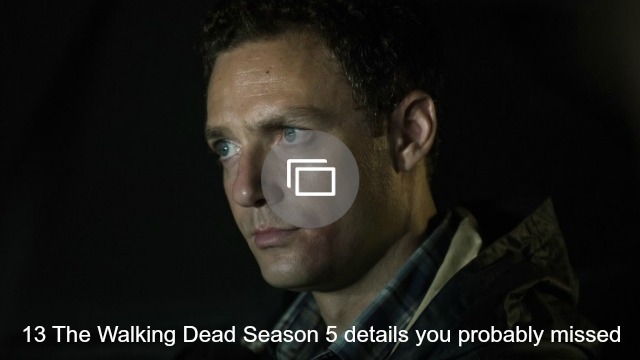