Maybe The Voice hasn’t produced the superstars the X Factor has spawned. But it’s still our favourite TV talent show — by a mile. Here are 12 reasons if you need convincing.

1.The coaches love each other

The bitching and backstabbing between the X Factor judges was amusing 10 years ago but we’ve grown a little weary of it. The Voice coaching table love-in is much more enjoyable.

2. The coaches love the contestants

Possibly because the coaches often have to pitch against each other for a contestant, the passion and rapport that (sometimes, not always) comes out in the later stages of the X Factor is pretty much there from the start on The Voice. The coaches are invested in their acts from the get-go. 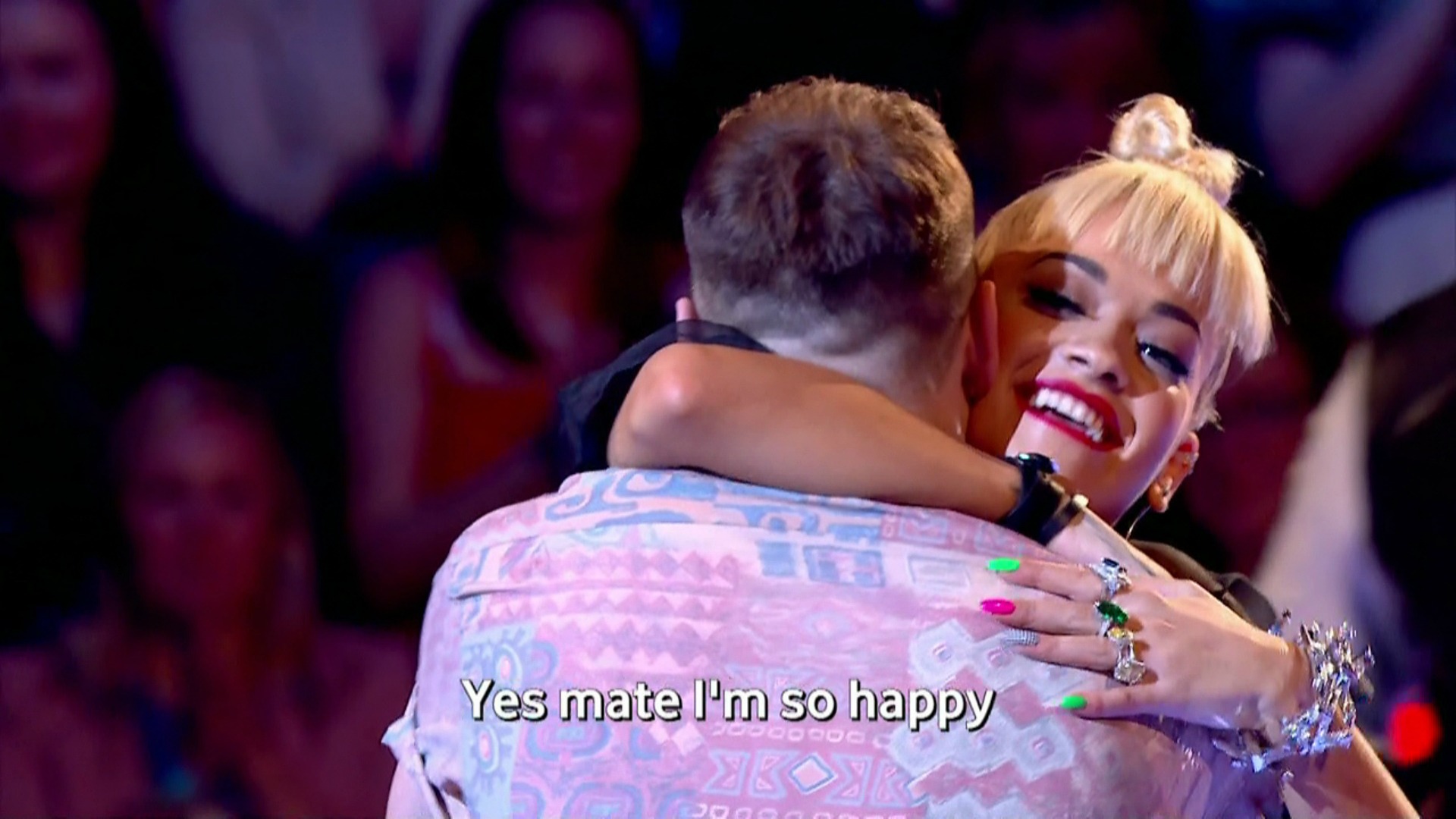 Everyone loves Tom Jones but nobody more than Ricky Wilson.

4. The coaches love to dance

Is there no end to will.i.am’s talents?

5. It never gets nasty

Even when the singer is of questionable talent the coaches try to stay positive and give constructive feedback. “Don’t let us put you off singing,” Ricky Wilson told Sarah Dunn, a.k.a. the Fairytale Princess after this, um, interesting performance:

Can you imagine Simon Cowell getting up from behind the judging table to turn cartwheels?

Each series of the X Factor is lucky if it has two decent singers on its judging panel. On each series of The Voice we’ve had four bona fide vocal talents.

8. The coaches can do pretty good animal impersonations

Rita Ora’s penguin, Ricky Wilson’s dolphin, will.i.am’s turtle… we can hardly wait to see what Tom Jones pulls out of the bag.

9. Tom Jones is a legend

Which he never gets tired of reminding us. But we’re still not tired of hearing it.

10. will.i.am has the best one-liners

More: Why are the Brit Awards less fun than they used to be?

Danny from Hear’Say, Kavana and Soul II Soul’s Kym Mazelle couldn’t make the coaches turn their chairs but Cleo Higgins from Cleopatra made it to the final of series two. And recently Nathan Moore of Brother Beyond fame gave it his best shot with a cover of “Seven Nation Army.”

12. The coaches get emotional

Sure we get tears on the X Factor too. But it never feels quite as genuine as it does on The Voice.

6 hrs ago
by Jessica Castillo