It’s February, which means you are already starting to count down the days until warm weather and trips to the beach are here again. But you don’t have to wait until June to experience all the perks of summer, including beach reads. Here’s a list of the best winter beach reads to come out in recent weeks. 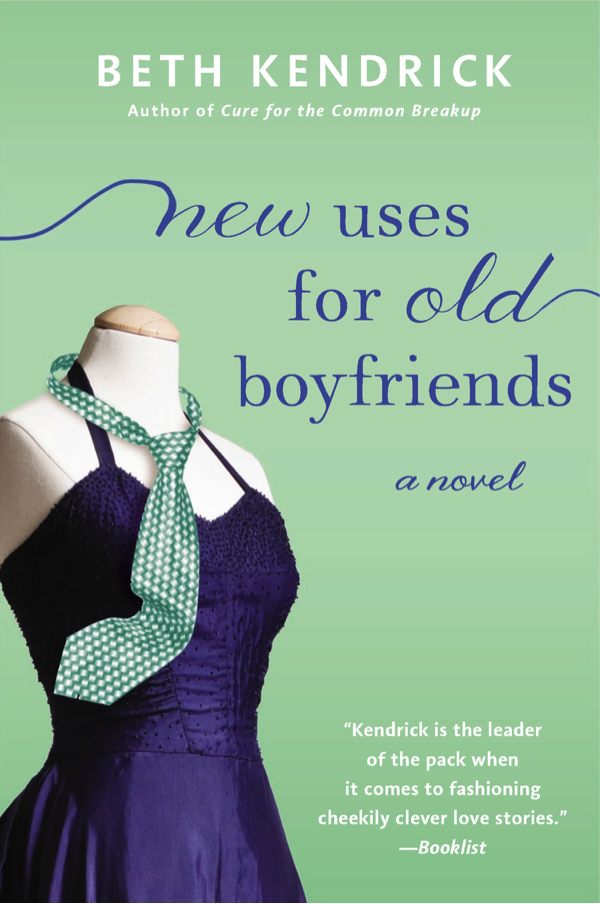 Black Dog Bay’s former golden girl is back in town and looking to reinvent herself. After growing up privileged and marrying for money, Lila Alders finds herself on the brink of a failed marriage and lost without direction. In an effort to regain happiness, Lila opens a boutique of vintage clothing in her hometown and plans to reunite with her ex. But soon Lila realizes some things are better left in the past as a boy she used ignore has now grown up into the man she truly wants.

The Nightingale
by Kristin Hannah 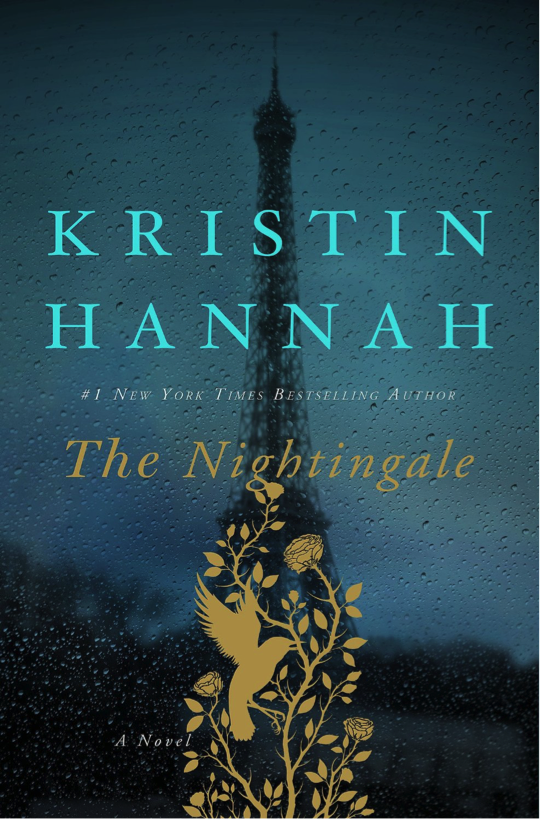 It is 1939, and Vianne Mauriac’s husband is fighting in a war that she does not expect to involve her quiet French home. However, when the Nazis invade, Vianne and her daughter are forced to live with the enemy. Vianne’s sister, Isabelle, is a rebellious 18-year-old who falls for Gäetan. When he betrays Isabelle, she joins the resistance, risking her life to save others. This captivating book tells a tale of love, freedom and the spirit of two sisters embarking on their own journeys to survive WWII.

The Grown Ups
by Robin Antalek 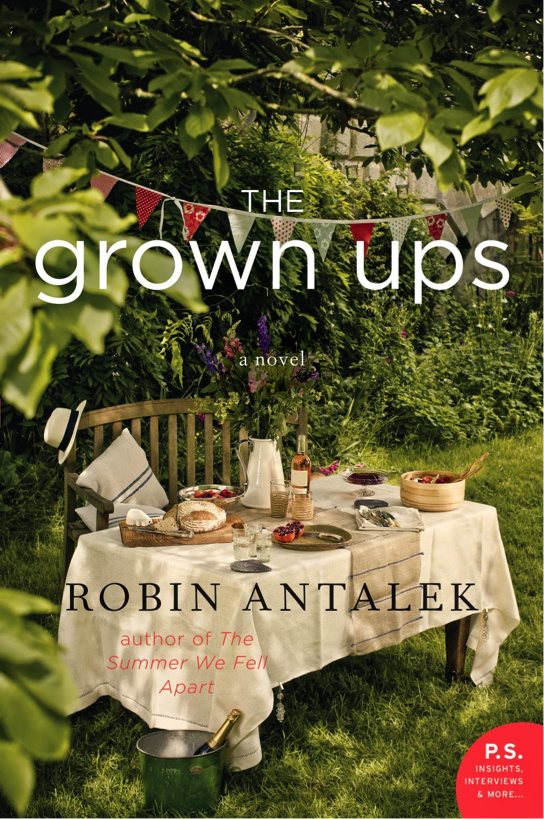 The summer he’s 15, Sam enjoys, for a few secret months, the unexpected attention of Suzie. However, at the end of the summer, Sam’s world unexpectedly shatters when Suzie moves away because her parents are trying to save their marriage. Watching her parents’ marital troubles escalate, Suzie takes on the responsibility of raising her two younger brothers and plans an early escape to college. Though Suzie misses Sam, she deeply misses her closest friend Bella. Years later, a chance meeting with Sam’s older brother will reunite her with both Sam and Bella, and force her to confront her past and her friends.

A Spool of Blue Thread
by Anne Tyler 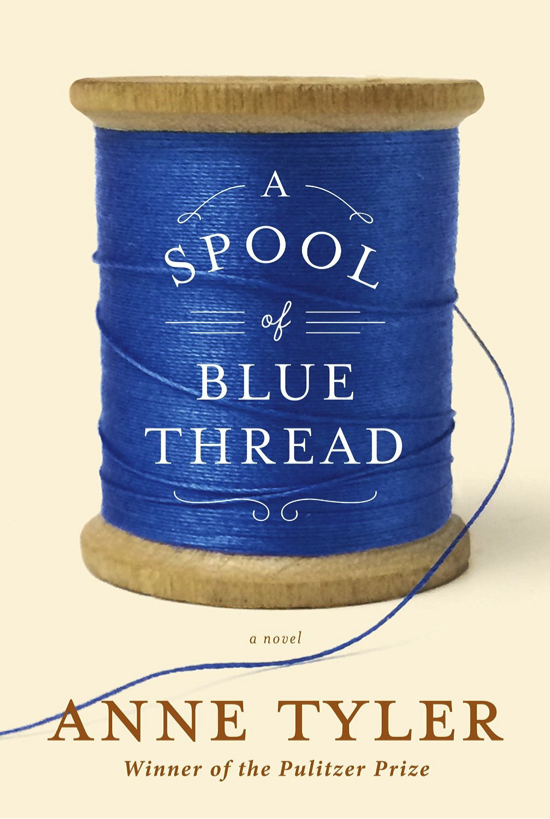 While families share heartwarming memories and celebrations, they also share secrets and disappointments. The Whitshanks are no exception. Four generations are all living in the Baltimore house that has always been a constant in the ups and downs of their lives. Anne Tyler weaves a poignant story full of humor and the emotional complexities that come with the bonds of family.

I Was Here
by Gayle Forman 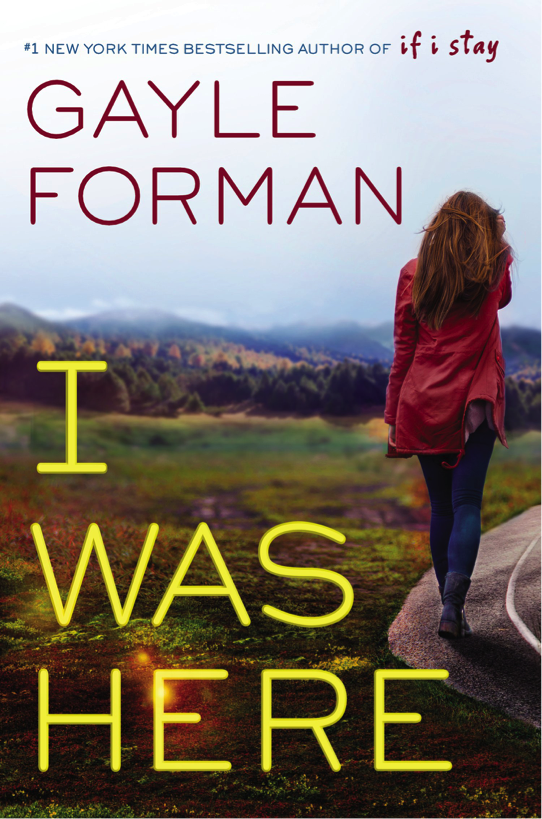 Cody is completely shocked when Meg, her best friend, is found dead in a motel room after drinking a bottle of cleaner. Cody and Meg were so close, how could she not see the signs? But when she goes to get Meg’s stuff from her college dorm room, Cody discovers that there are a lot of things that her best friend kept secret. Love, mystery and misfortune come together in Gayle Forman’s latest work.

More: If I Stay‘s Gayle Forman on how the film “elevates the book”

Until You
by Jeannie Moon 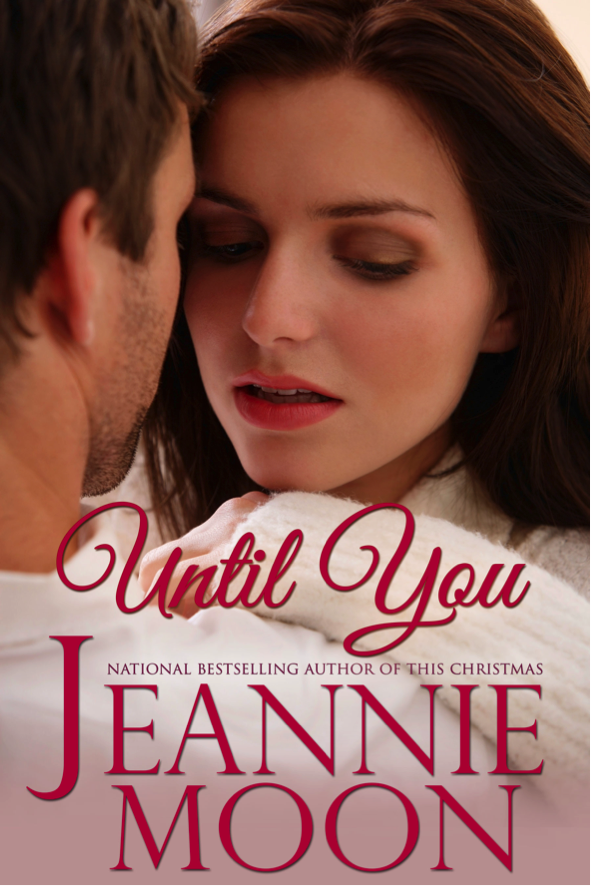 Newly divorced Kate Adams finds herself in uncharted waters as the famous and gorgeous hockey player David Burke approaches her on a sunny deck at a California hotel. David exudes sexy charisma as he pursues Kate and asks her out to dinner. Charmed and bewildered, Kate agrees to be spontaneous for a change and accepts David’s dinner invitation. After all, it is her 40th birthday, so why not go out with a man nearly 10 years younger? Kate is scared to risk it all as she falls for David, but he will break every rule in the book to keep her. 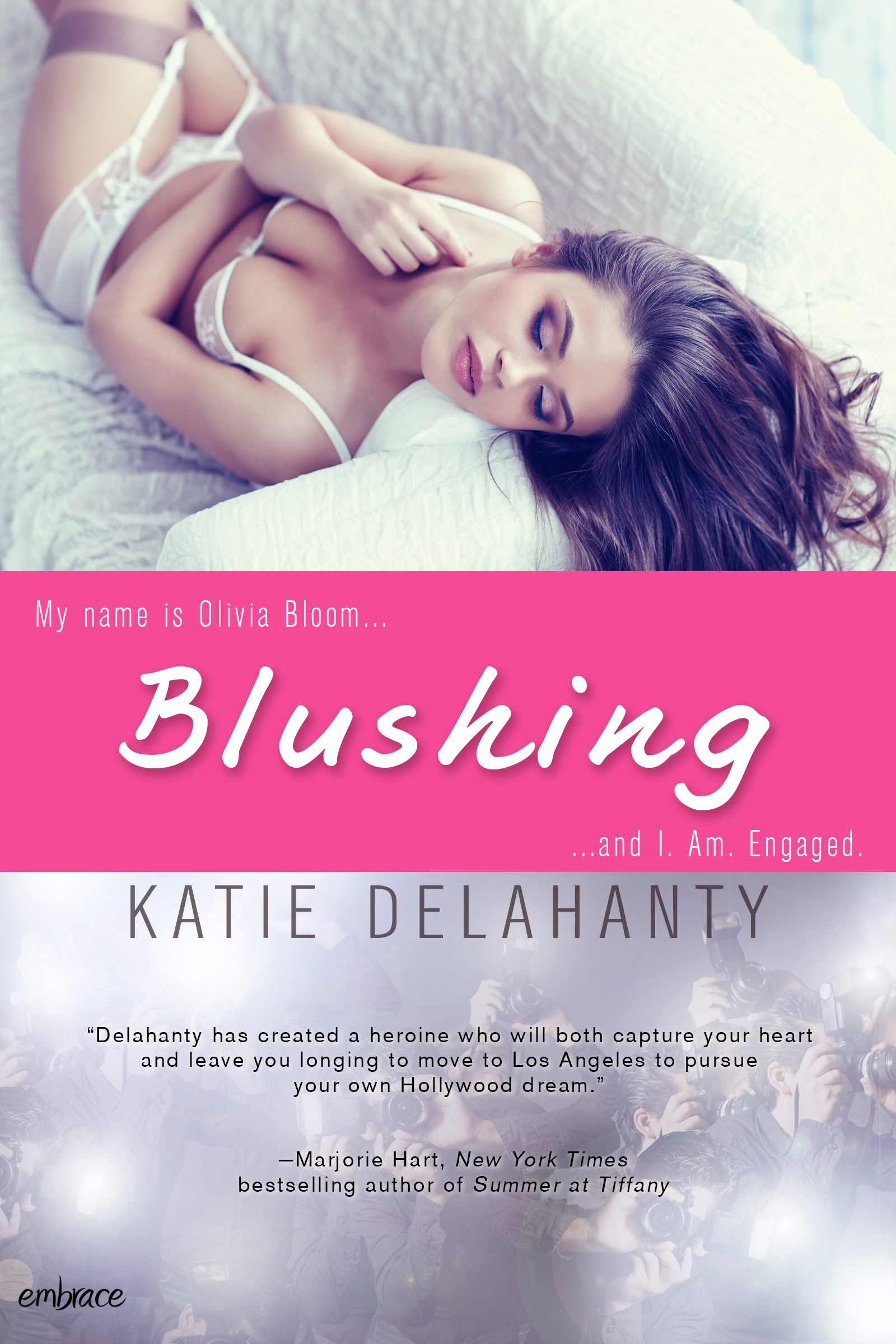 Olivia Bloom is engaged. When her fiancé, Berkeley, proposed she thought they would live happily ever after— he would tour with the Brightside while she continued designing lingerie. Instead, he dropped a huge bombshell: he is starring in a movie with his ex, Christina Carlton. What makes matters worse is that Olivia has been erased from the public eye, and it’s all about #Berkstina now. To be together, Berkeley asks Olivia to work on set as a costume designer, but the catch is that they have to keep their relationship a secret. Sneaking around, lying and watching his loves scenes is not how Olivia pictured her engagement. Will Olivia drop everything to become Olivia Dalton? 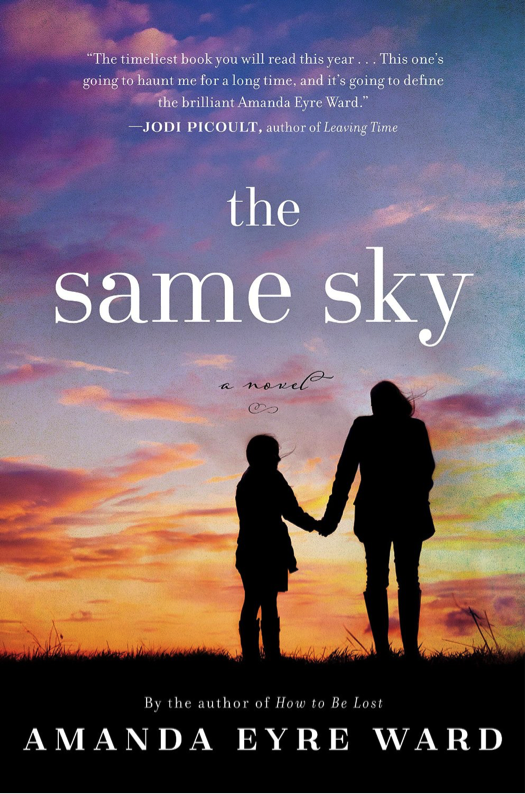 Alice and her husband, Jake, are a hardworking couple with a thriving barbecue restaurant. They have a happy marriage and are popular in their Austin, Texas, hometown, but Alice has always felt that a piece of the puzzle was missing. Carla has been caring for her 6-year-old brother in Honduras since her mother’s departure a few years ago. But after a death in the family and emerging violence within the town, Carla decides to take the risk and cross the border with her brother. Alice and Carla may not know each other, but their paths will cross in ways neither of them would ever suspect.

The Magician’s Lie
by Greer Macallister 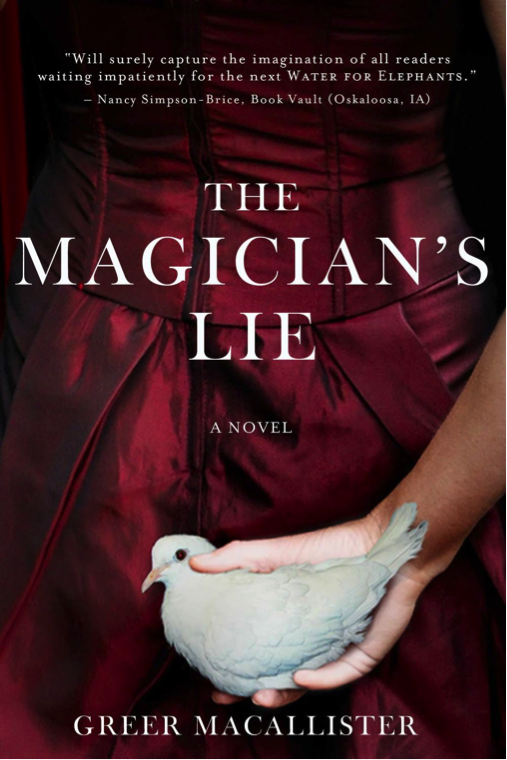 An illusionist known for her trick of sawing a man in half, the Amazing Arden is one of the most talented magicians of her time. While doing a show in Waterloo, Iowa, Arden decides to opt for an ax instead of her saw. Suspicions arise when Arden’s husband is found dead under the stage after her show. It is up to Virgil Holt, a young police officer, to solve the case. But can he see through Arden’s tricks to solve the case? 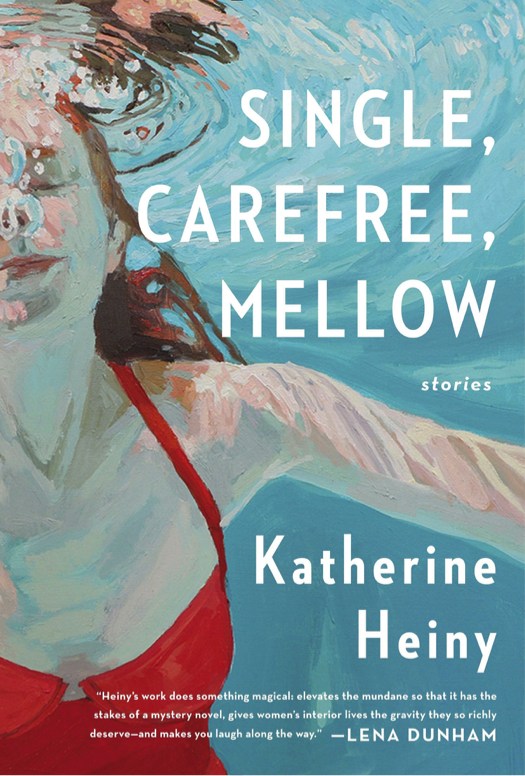 Single, Carefree, Mellow is a collection of 11 stories about love, pleasure, loss, deceit and the inconsistency of the human heart. Connecting all 11 witty tales is Maya, a woman who has two loves: her boss and her boyfriend. Katherine Heiny’s debut novel is hilariously entertaining until the very end.