Patricia Arquette won Best Supporting Actress for her role in Boyhood, and she used her acceptance speech to send a powerful message about wage equality for women in the United States. 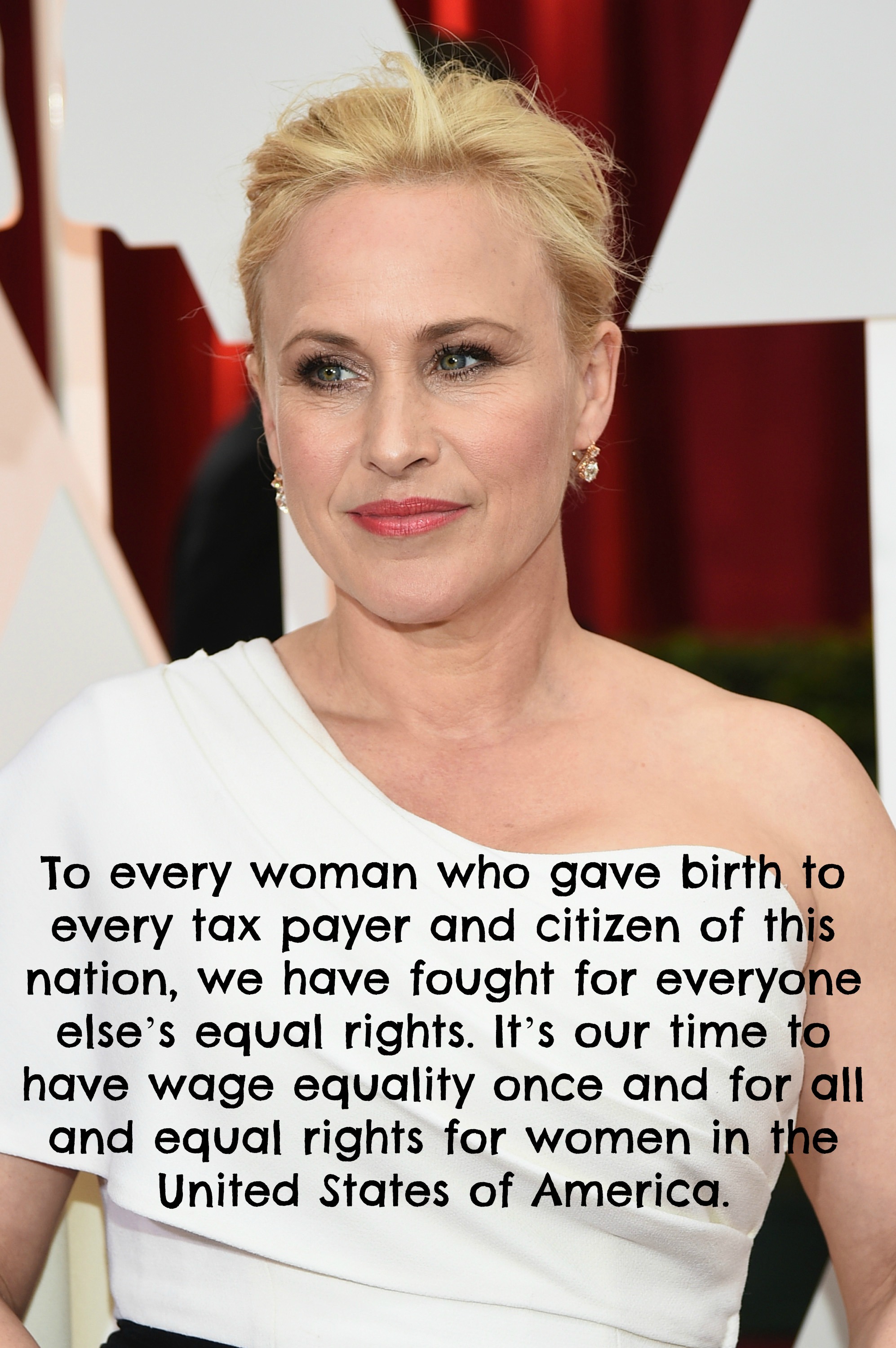 “To every woman who gave birth to every tax payer and citizen of this nation, we have fought for everyone else’s equal rights,” Patricia Arquette said. “It’s our time to have wage equality once and for all and equal rights for women in the United States of America.”

Her speech was so awesome, Meryl Streep and others sat up in their seats to applaud the message.

But Streep wasn’t the only one who noticed. Arquette’s speech made waves on social with 168,930 social mentions, according to Amobee Brand Intelligence’s social analysis. There were also 92,300 mentions around gender equality and 89,712 about Streep.

The truth is, women still make significantly less than men for the same work. The pay gap is even worse for women of color in the United States. So kudos to Arquette for using her time to raise awareness for an issue that matters to women. We need more speeches like that.

More on women at the Oscars

Mindy Kaling actually is invisible, just like all minority women
Proof that #askhermore made a difference on the Oscars red carpet
John Travolta managed to do the weirdest thing at the Oscars again