#AskHerMore wasn’t just trending during the 2015 Oscars red carpet on social media, it also seemed to be happening IRL. As someone who’s watched approximately 1,400 Oscar red carpets and feels like Ryan Seacrest and Giuliana Rancic are family — albeit the kind of family you block on Facebook — I can definitely say that things are changing! In a good way!

Love the msg. Send me ur questions. Can't wait to see you on red carpet @RWitherspoon! RT @RWitherspoon #AskHerMore https://t.co/UkvsVFHfsR

While E! still has a ways to go when it comes to #AskHerMore, I do have to give Ry and Giuls points for trying. In addition to the hosts making an actual effort, several celebrities helped the cause by refusing to just go along with the same old.

Reese Witherspoon kicked off the night by posting this to Instagram before the night even started. She later went on to talk more in depth about the project as she walked the red carpet, saying, “This is a movement to say that we’re more than just our dresses.” Excuse while I give her a quick little standing O.

Patricia Arquette talked about how she skipped her manicure to finish launching her new charity project on Chideo, which you can read more about right here.

Tegan and Sara opted to hold up a list of what they’re wearing rather than saying it aloud. And that feels like a win-win to me — designers get the credit and we don’t have to hear it all listed out.

Instead of answering by mouth, @teganandsara wrote out what they're wearing. Brilliant. #Oscars pic.twitter.com/OILh0uFcPW

Julianne Moore weighed in on Alzheimer’s, the disease her character suffered from in Still Alice. Which, side note, I’m still crying over.

RT @Upworthy: When you #AskHerMore you get informative, substantial answers like this. #OscarsRedCarpet pic.twitter.com/tRIybBF0Av

Props to everyone, from The Representation Project to Robin Roberts to the actresses themselves, for making #AskHerMore more than a hashtag. 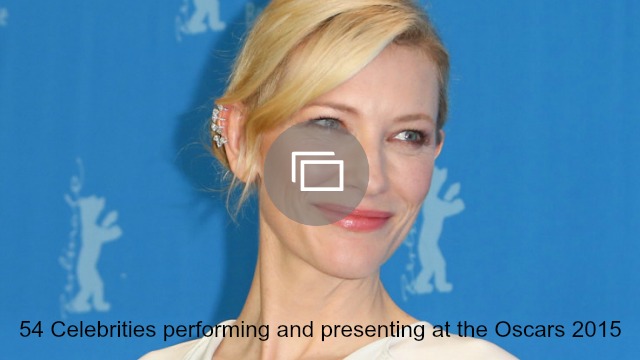