We’re giving major points to Steve Carell for wearing the #HeForShe cufflinks on the Oscars red carpet tonight, but the note he got from Emma Watson really encapsulates how we feel about him, too. Read her sweetness below.

Our darling comedic actor Steve Carell is nominated tonight for Best Actor for his role in as John du Pont in Foxcatcher. What’s surprising to us is that it’s a dramatic role, and any lesser actor could have turned the tone of the film comedic. Carell stayed true to the memory of the strange, loner du Pont and played him serious as a heart attack. 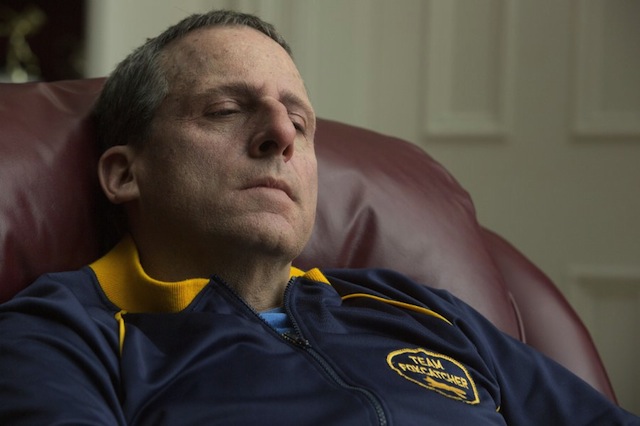 He even wore a fake nose to really change not only his appearance but also his vocal quality. Carell is a true actor’s actor.

Best known for the Harry Potter films, Emma Watson hasn’t yet been nominated for an Oscar, but we certainly don’t want to count her out! Watson shared some of her crush on Carell’s acting genius in a note she sent to him. We’re so happy she shared her true feelings with him, despited being rumored to be in love with Prince Harry.

The fact that Watson even knows Carell is wearing the #HeForShe cufflinks is super awesome, and @HeForShe seems to agree. See their Tweet below.

The website HeForShe.org describes its mission as “A solidarity movement for gender equality.” We think it makes sense for men to support women in their quest for equal rights, because it only makes families stronger.

Have you caught any other men speaking out for gender equality by wearing the #HeForShe special cufflinks? Let us know in the comments section below.

More: The Voices‘ Gemma Arterton explains how the wage gap affects children, too