Oh, those liberals in Hollywood are at it again. While Hot Tub Time Machine 2 seems like merely a goofy dude comedy with lots of penis jokes, could the filmmakers actually be pushing a leftist political agenda on unsuspecting laugh-seekers? We report, you decide… between laughs. 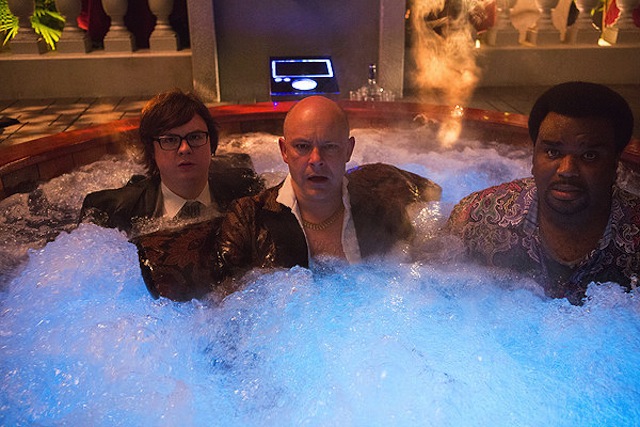 That’s right, in the future — 2025, to be exact — Hot Tub Time Machine 2 predicts that we’ll have a gay president. Now that gay marriage is legal in many states, this seems like the perfect next step to help Americans embrace their larger LGBT family.

Hot Tub Time Machine 2 presents Jessica Williams as the new host of The Daily Show. Of course, the movie was shot months ago, way before Jon Stewart announced he would be stepping down. Did Stewart collaborate with the filmmakers and strategically time his announcement with the movie opening? We smell a comedy conspiracy.

More: An open letter to Comedy Central: Why it’s time for a female late-night host 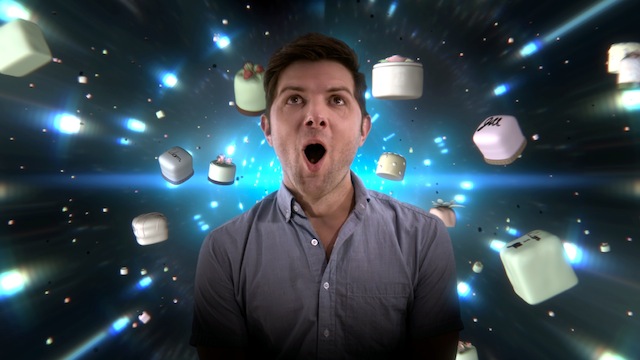 In the film, Adam Jr. (Adam Scott), places an electric ladybug patch on his neck and experiences a massive drug trip where he thinks he’s God. Could this example of Adam Jr. expanding his consciousness really be a thinly veiled attempt to advocate for the legalization of marijuana?

In the film, Adam Jr. seems perfectly comfortable in his man-skirt and leggings. This gender-bending look could be an attempt to focus less on gender stereotypes and more on expanding men’s fashion choices. 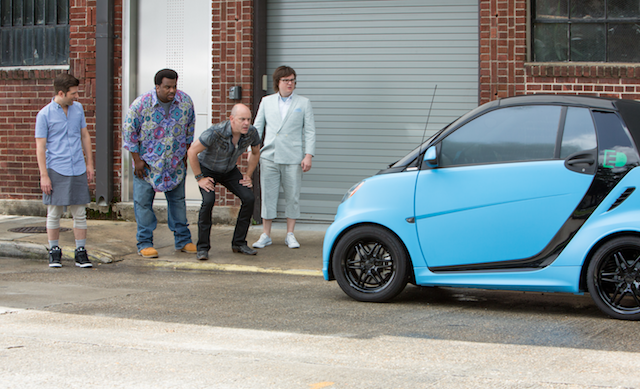 Everyone knows the dairy industry is a huge business in the United States. This liberal agenda to force nut milk on Americans is no doubt endorsed by PETA and is clearly an effort to steer people away from cow products.

6. Two men having virtual sex is entertainment on game shows of the future

In the movie, the game show Choozy Doozy, hosted by Christian Slater, shows contestants taking fun suggestions from the audience about what activities to perform in a virtual reality world. At the suggestion that the two male contestants have sex with each other, no one even bats an eye. Whether or not this is liberal, it’s certainly a progressive genre of game show you won’t see on Fox News anytime soon. 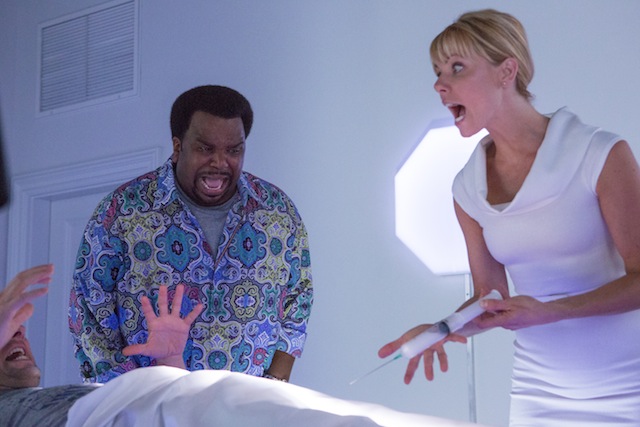 7. Hospitals treat patients with nanobots, proving that Obamacare is alive and well

When Adam Jr. goes to the hospital after his drug-induced affliction, the nurse injects him with nanobots that are presumably covered under the Affordable Care Act.

8. Sentient automobiles that drive themselves

In the future, little blue cars take you where they want you to go, not the other way around. That’s right, it’s the car, not the driver, that’s in control. Hmm… this actually feels like more of a conservative political agenda geared toward keeping us dependent on fossil fuels.

Whoa. Where have we heard this before? If corporations are people and fetuses have rights, could sentient cars soon have the right to vote? We’re starting to rethink our initial liberal agenda hypothesis. Maybe Sarah Palin will enjoy the movie after all.

Do you think Hot Tub Time Machine 2 has a hidden agenda? Tell us what you think in the comments section below.