Selena Gomez is topless and looks all of 12 years old on the cover of V magazine, and fans are pissed.

Gomez, who is actually 22, drew immediate Lolita comparisons for the shoot, where she rocked long curls held back by a Minnie Mouse-esque red polka dot bow, glossed-up lips and the kind of cheap red hoop earrings tweens buy by the handful at Claire’s Boutique. In another photo inside, she wears a girlie retro checked two-piece bathing suit with a childish-looking cowboy hat that ties under her chin and a bandanna around her neck, like a tomboy playing dress-up. 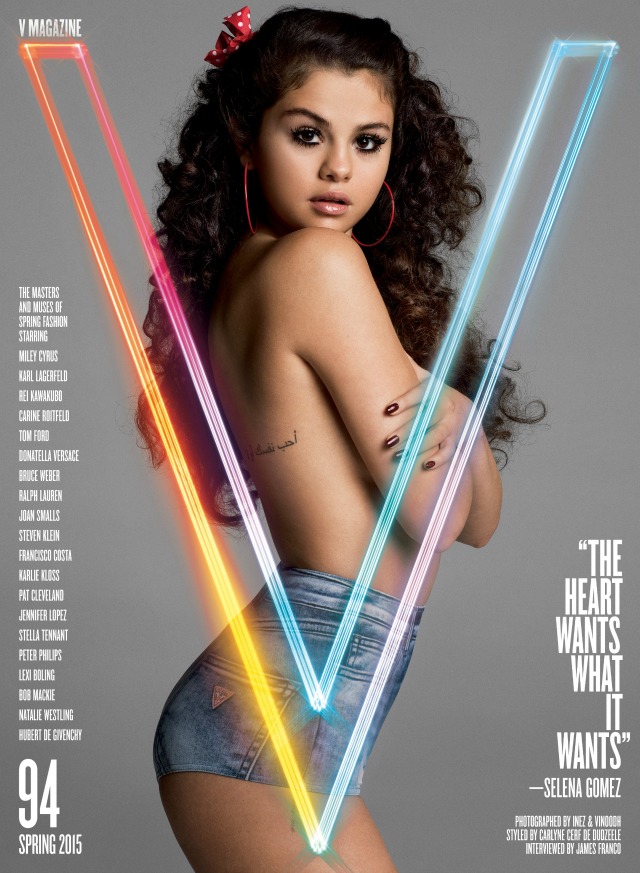 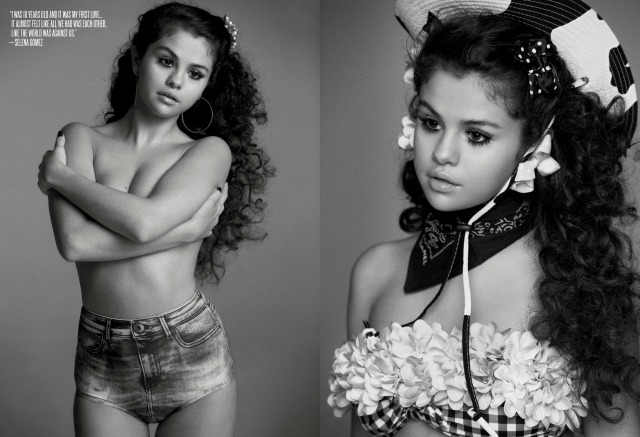 Gomez apparently loves them, since she Instagrammed the pics to fans.

And she had to know what the response would be, as did the art director — so it begs the question, did they do it on purpose?

Well, duh. There’s no proof obviously and it’s not like Gomez or anyone on the V team would ever admit that, yeah, they made a grown woman look like a pedophile’s dream in order to sell magazines, but in the increasingly competitive world of traditional paper publications, anything goes when it comes to publicity — and getting people talking moves pages off of newsstands.

And while Gomez is a grown woman and, as such, is certainly more than capable of making her own career decisions, we can’t help but feel bad for her young fans who are now getting the message more than ever that trading on one’s sexuality is the way to get ahead — even in the most inappropriate fashion.

Tell us: What do you think of Selena Gomez’s super-young look in V magazine?