There have been many conflicting reports about Bobbi Kristina Brown’s condition since she was found unresponsive in a tub at her home on Jan. 31. And while her family does not appear to be on good terms with her long-term boyfriend Nick Gordon, he is determined to prove his love for her — with a tattoo.

More: Bobbi Kristina Brown’s family turns against one another in bloody fight

Taking to Twitter on Sunday, Gordon shared a picture of his new ink: the words “Bobbi Kristina” written in big black font across his lower arm. 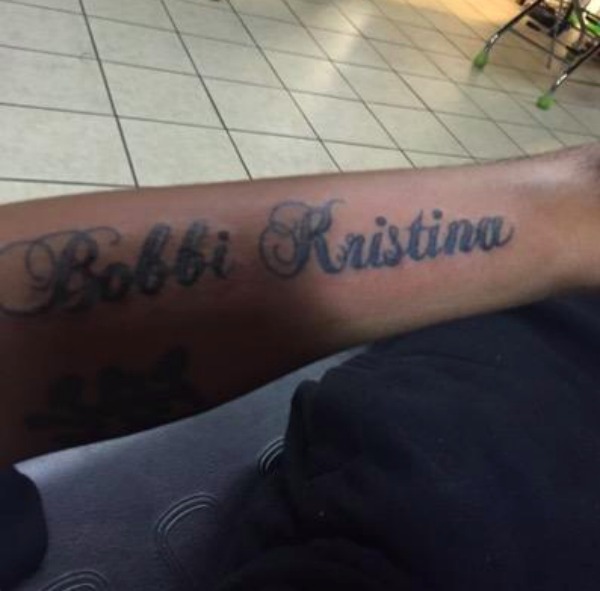 Although Gordon did not include a caption with the picture of his tattoo, for the first time in three weeks, he has opened up about Brown as he took to Twitter to thank fans for their support.

He then wrote another message, which read, “Twice,” but he did not elaborate any further.

The tribute tattoo comes shortly after the late Whitney Houston’s sister-in-law Pat Houston obtained a restraining order against Gordon, preventing him from visiting Brown in the hospital, E! News reports. But although there’s a lot of drama surrounding Gordon at the moment, his lawyer, Randall M. Kessler, revealed to the publication that Gordon’s only concern is Brown’s recovery.

“Mr. Gordon’s only concern is the recovery of Bobbi Kristina. He remains in constant prayer for his companion and he hopes to be reunited with her soon,” Kessler said.