Arguably the most important role he’s ever landed, Van Der Beek is the father of three young children — and all that it entails. Counselor. Protector. Confidante. Guardian.

Luckily, he learned from the best.

On having (and being) a good role model

“My dad was really great about supporting whatever it was I wanted to do, and then offering some life lessons in that,” the actor said.

In fact, Van Der Beek credits one of his most formative experiences growing up — the one that has guided the kind of parent he has become — to a moment shared with his dad.

“I remember my first year of football. I really didn’t like it and I said, ‘I don’t think I want to do this anymore.’ And my dad said, ‘You know what? If you don’t want to do this after this year, I have absolutely no problem with you doing whatever you want. You can find another activity and I’ll completely support you,'” shared Van Der Beek.

That wasn’t all his dad had to offer, however.

“‘But, I do think you should ride out this season. I don’t think it’s good to start something and quit in the middle. You’ve got teammates; you made a commitment. See the commitment through, and if you don’t want to play next year, that’s fine,'” said Van Der Beek of his dad’s advice.

As it turns out, his dad was right. Van Der Beek’s final game of the season proved to be one of the most memorable times of his younger years. He went on to play football for several years and, as we all know (and love!), went on to use that experience on the set of Varsity Blues.

Although his football glory days are over, the lesson from his father remains. “That gentle hand saying, ‘I’m not going to force you into anything but, in general, in life, you don’t want to quit anything.'”

And that kind of wisdom passed down from his father has largely affected how Van Der Beek raises his own children: daughters Olivia, 4 1/2, and Annabel Leah, 1; and son Joshua, 3.

On how they’re teaching their kids about health

Persistence isn’t the only value Van Der Beek and his wife, Kimberly Brook, hope to instill in their kids, though, and they understood the most influential way to realize those values is by practicing them as parents.

“I realize how much they take in and how much they look to you as an example, so I’ve really just been holding myself accountable on how I treat people and how they see me treat people, and really trying to instill kindness towards others,” he said.

Another value Van Der Beek and Brook strive to make paramount to their kids is good health.

To that end, he recently decided to partner with FluMist Quadravalent to help other parents safeguard their own families. “Since having kids, I’ve started educating myself on health and wellness and, when it came to the flu, there was a lot of misinformation out there that I had totally bought into,” he admitted.

“It puts more kids in the hospital than any other vaccine-preventable disease,” he said, still astonished by the fact. “It accounts for 44 million days and 10.4 billion dollars of lost productivity. I mean, it’s not just a bad cold.”

Like so many of us, Van Der Beek had at times questioned the safety and effectiveness of the flu vaccine. “I was one of those people who thought, ‘Well, should I get the flu vaccine this year? I don’t want to get the flu from the vaccine.’ But it turns out that’s actually medically impossible,” he said. 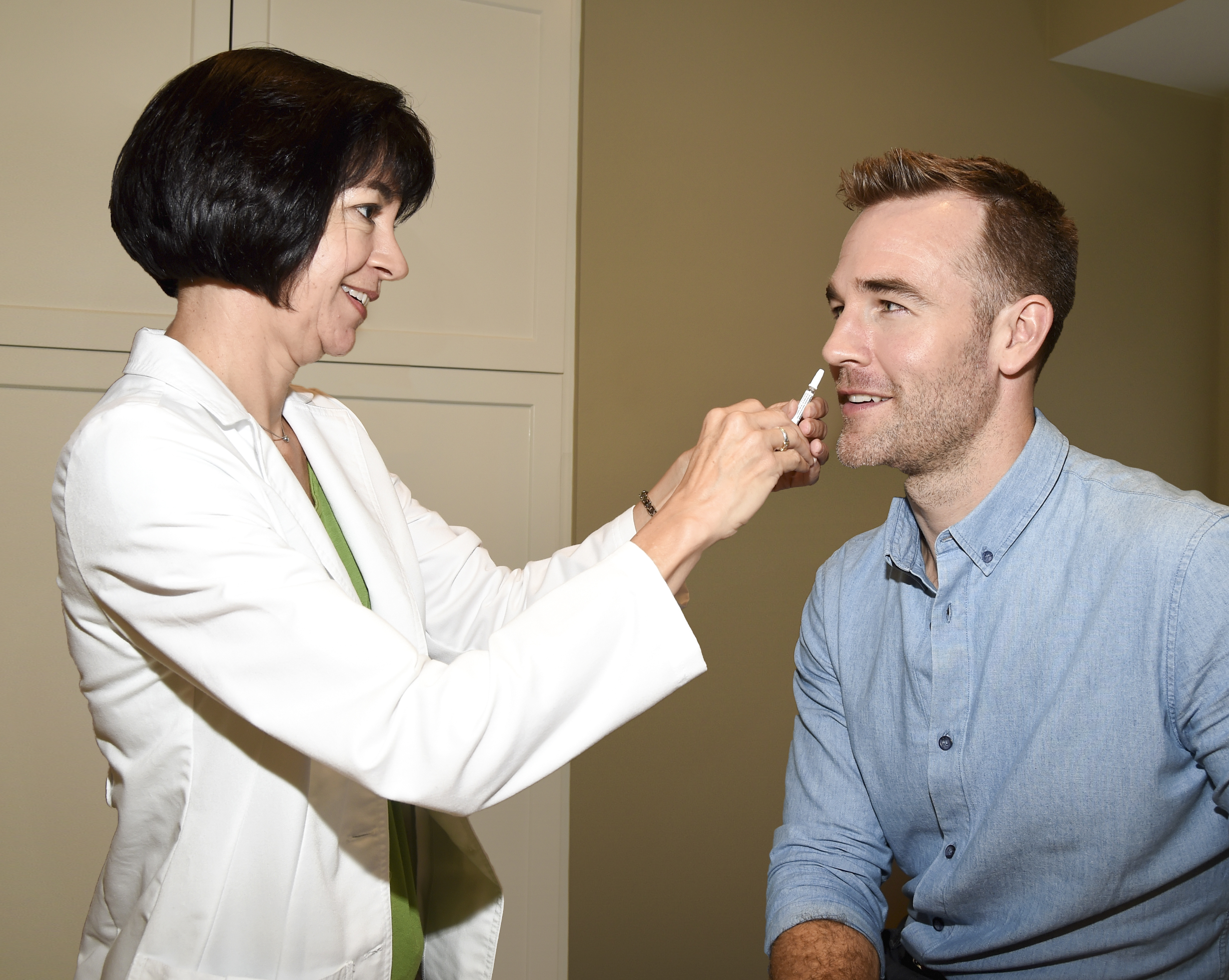 So in vaccinating his family and in spreading the word about FluMist Quadravalent, Van Der Beek is doing his part to underscore the importance of taking care of yourself and those you love.

Which, as it turns out, the actor’s wife is pretty fantastic about doing in their family by making sure they eat a healthy, well-balanced diet.

“It just takes your body so much energy to figure out what to do with those overly processed foods, that you can exhaust your immune system just with the food that you’re putting into it,” he told us.

In opting for fresh, in-season organic foods, the family gives their immune systems a “little bit of a leg up” to stave off whatever’s out there — like, for example, the flu.

On those things in life there is no vaccine against

But, as all parents know, we can’t protect our kids from everything. There are external forces at play we won’t always be able to shield our children from, and those can seem especially daunting to parents raising little girls.

Still, Van Der Beek doesn’t stress too much over them, saying, “I don’t think you can really parent from a place of fear. I think kids really pick up on that energy.”

Besides, he says, the world has made great strides in the way of gender equality.

“Just look at the Golden Globes even, just recently,” he said. “What Maggie Gyllenhaal said was really great. She looks around the room and she sees roles that are not just for strong women, but for actual women — women with strengths and flaws and weaknesses and skills and blind spots and all of that. I really do think there are more opportunities for women than there ever have been, so I think it’s a better world they’re going into.”

Does that mean he’s OK if the world they want to go into is Hollywood? Well, yes and no.

“I’m a huge fan of artistic expression for all kids. I think it’s so important… I think it’s a really, really healthy, productive thing. The industry is a whole other thing,” he said, laughing. “I would definitely encourage them if they have artistic ambition to do theater with friends — to exercise that ambition in an environment where it’s fun as long as possible.”

Still, the gentle hand of influence impressed upon him by his father is never far from Van Der Beek’s mind.

“They’ll pick whatever it is that they gravitate toward, and I’ll do whatever I can to engage them in that,” he said. “I’d rather have happy kids than kids who do what I want them to do.” Because, after all, there are few things in this life more inspiring than a happy kid.