With Mad Men‘s “end of an era” set to kick off on April 5, the man behind Don Draper looks back, hedges finale secrets and considers the future.

More: Teyonah Parris on her journey to Mad Men

As is typical, however, Hamm keeps the details very close to Don Draper’s vest. “I can basically tell you nothing,” he demurs. We can tell you, though, that the focus of the final seven episodes will fall on the core characters, including Don, Roger, Peggy (Elisabeth Moss), Joan (Christina Hendricks), Pete and Betty (January Jones). Beyond that, the half-season, “The End of an Era,” comes couched amid Mad Men‘s characteristic veil of secrecy. In fact, the finale script was initially delivered to the cast without the last 10 pages.

All the secrecy is one reason Hamm is anxious for the end to finally come. He’s ready to stop dodging spoilers by playing dumb or making up “some ridiculous story about robots or zombies.” Still, it’s not easy to walk away from friends, let alone a groundbreaking series.

Looking back, he sees that first script as the quintessential Mad Men moment. “I think the whole foundation of the show is in the pilot, for not only for Don, but for Peggy, Joan, Roger, Pete and all of the characters,” he considers.

Of course, the question on everyone’s mind is whether or not Don Draper makes it to the end of the finale in one living piece. We asked Hamm about the show’s opening credits and that falling man, and he gave us what we think might be a great tease. Really. Is that Hamm falling from the building?

“Well, it’s modeled after me, so yes. It’s my body that’s been animated. Do I see myself, John Hamm? No. It’s Don Draper. It’s a recollection of the character.” Hamm said. But, he was quick to point out that there’s more there than just Don’s outcome. “Our story over the last 10 years has been not just about Don Draper: It’s been about all of the people [involved] — not insignificantly, our fearless leader, Matthew Weiner. He’s the one, at the end of the day, who writes that. It’s an incredibly evocative 30 seconds that starts the show and hopefully we live up to it.” 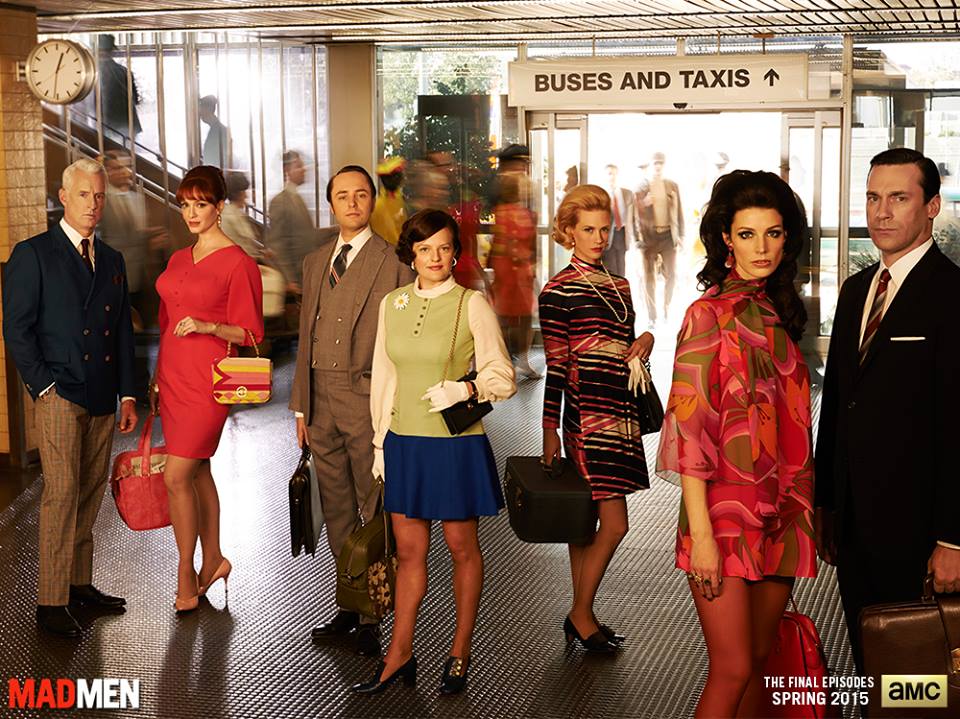 As recently revealed, Hamm and the cast teared up after shooting the final scene of the final episode. When pushed to reveal what he’ll miss most about the gig, he tells us, “All of it! There’s no one thing.”

Hamm has relished his job, from working with the team behind Mad Men to delving into the show’s darker moments, not to mention those wacky water cooler turns.

“I’m just so pleased that we got to participate in a show that had so many weird moments,” he raves. “There’s so many weird memories — a dude got his foot run over by the lawn mower! Matthew and the writing staff have been never afraid to shy away from craziness and [are] never afraid to move onto the edges of the narrative, rather than right down the middle.”

With Mad Men‘s production already wrapped when we caught up with Hamm in January, he bragged that he was “gainfully unemployed.” He was ready for a new adventure; perhaps even another series commitment, as long as it was something different.

Playing a “secret spy” in a campy series about camp will certainly be a departure from Don Draper, and that is just what Hamm is looking for. But Hamm has always made an effort to take un-Don-like roles during his Mad Men run to avoid typecasting. Throughout his run on Mad Men, he’s hit different dramatic notes in movies like The Town, Sucker Punch and Howl, and also Hammed it up (pardon the pun!) in comedies like 30 Rock, Web Therapy and Bridesmaids.

With all his Saturday Night Live connections, Hamm is crossing his fingers for an SNL hosting gig to coincide with the end of Mad Men. “I wish it was up to me!” he says. (Did you hear that, Lorne Michaels?)

Worst-case scenario, Hamm quips: Fans can catch him in the Mad Men spin-off, Better Call Pete (yes, he was joking).

The final episodes of Mad Men begin airing on AMC April 5 at 10/9c.