Listen, I love me some Jon Stewart. I look forward to his always-smart-and-funny take on current events like a cat looks forward to cream. But now that he’s leaving his post, I can’t help but hope against hope that a woman takes over his desk. So, here it goes: my plea for the network to make a progressive change.

You’re at a crossroads.

Just a little over one year ago, you were home to the trifecta of hilarious (and respected) white funny men. You led the late-night way with these beloved comedian journalists who served politics and current events to America on a bed of punnery, gross humor and wit.

More: Jon Stewart: 6 Topics that really pissed him off on The Daily Show

And now they’re gone, leaving you with a very big decision to make: Try to force a new man into Jon Stewart’s unfillable shoes in the hopes that we don’t forever compare him to our beloved hero of snark (we will) or break the mold entirely by hiring a kick-ass comedienne to conquer late night like a boss.

You want our advice?

Go for the boss!

Hiring a female host would be like catching a unicorn

With Chelsea Handler’s recent retirement from late-night television, there are no women in late night. None. Zip. Zilcharino. Which means that this is your opportunity to catch, employ and make money off the rarest of TV creatures. Your network would be home to the only woman in late-night television! I can just see the promo spots now: Jon Stewart belly crawls through a meadow in full safari gear. Peering through a pair of binoculars, he whispers to his safari posse (Jason Jones and Aasif Mandvi, anyone?) that they have finally found her. Cue Kristen Schaal running through a hazy meadow dressed as a beautifully awkward unicorn. Stewart tells them that she is an endangered species: “The special, delicate and most magical of of all creatures — the female late-night host!” Schaal is getting bigger and bigger in his binoculars as she runs towards them, trips over their safari gear-clad bodies, farts out a rainbow and swears like a sailor for them to get the hell out of her way before running towards The Daily Show desk.

Yeah, the whole, “But how could we appeal to women while still maintaining our fanboy demographic?” promos pretty much write themselves.

Ever hear the saying “strike while the iron is hot?”

Well, the female comedian iron is currently hot, hot, hot, my friends. Just look at the recent successes of Bridesmaids, The Heat and the surprise indie hit, Obvious Child. Not to mention, recent female-led powerhouse films like Gone Girl, Wild and The Hunger Games/Divergent franchises… I mean, women are positively rocking the entertainment industry.

And they’re just getting started.

Your fans are already talking about the super-awesome ladies they want to see replace Stewart. Take, for instance, the petitions to put resident Daily Show funny women, Samantha Bee and Jessica Williams, on deck. Both are already beloved by Daily Show fans, which means they would bring not only their quick wit and bite to the table, but fan loyalty as well. 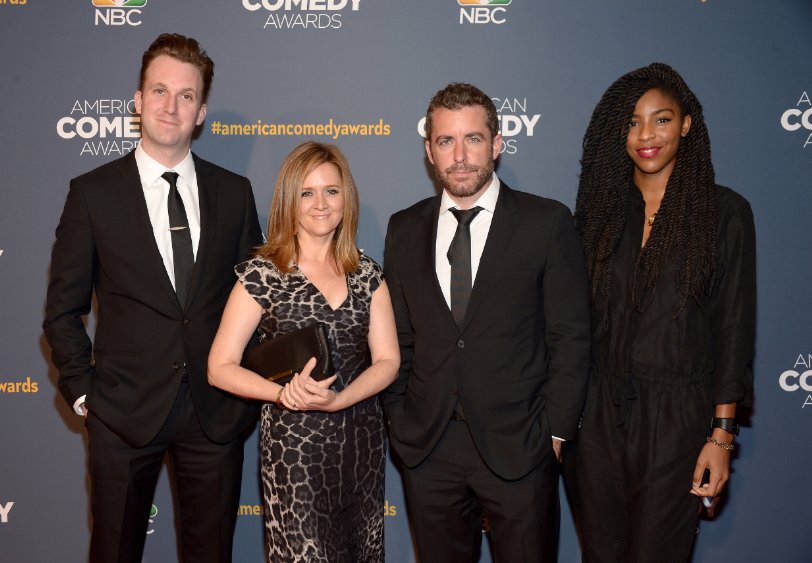 There’s also a petition for the always-funny Kristen Schaal (30 Rock), who is no stranger to the show, either. She’s graced the show more than a few times already, leaving us with tears of laughter streaming down our cheeks every. Single. Time. 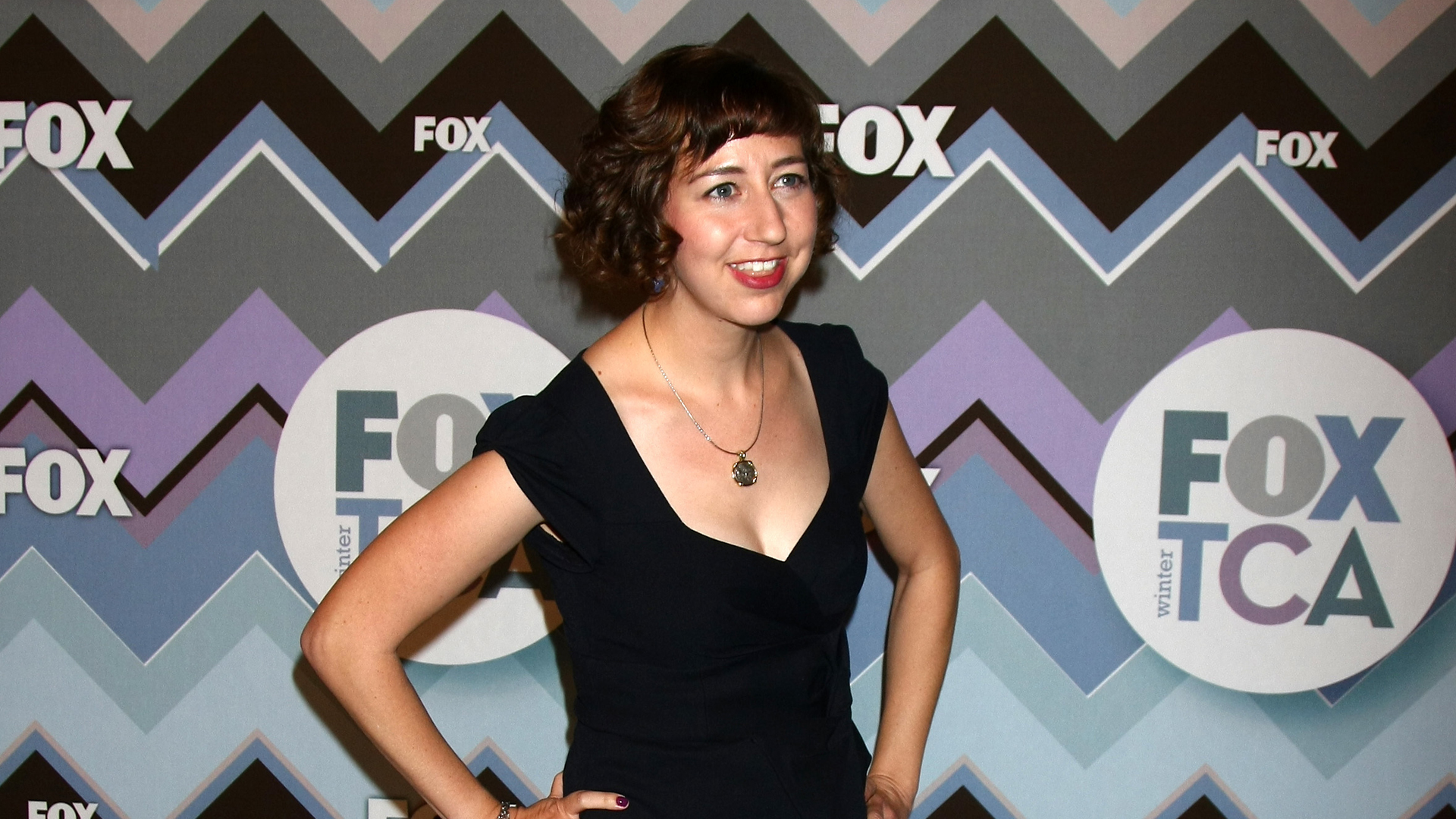 Then there’s the incredible Amy Poehler, whose years of success at SNL‘s Weekend Update desk make her an obvious contender. Plus, with her show, Parks and Recreation, ending this year, this comic and quick-witted wonder woman might actually be available! 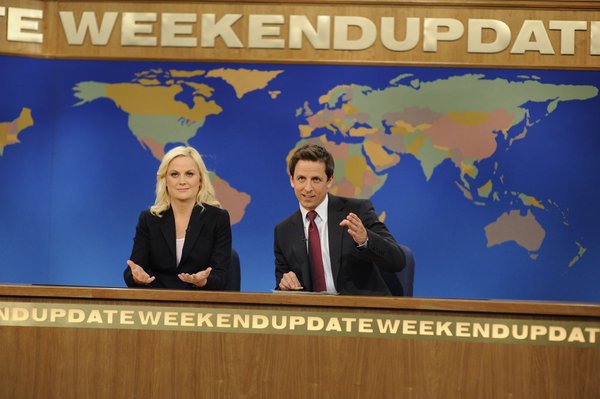 Check out some of the fan comments on the above-mentioned petitions:

“[Jessica Williams] has the proper balance of reverence and wit when approaching tough topics. Her comedy is demographically appropriate while still holding to an intellectual foundation. A lot of people are getting behind Jessica Williams because she brings multiple levels of diversity. While that is a positive outcome, the true reason she should have the seat is that she is absolutely the most qualified.” — Shaun Fletcher, New Jersey

“[Samantha Bee] is genuinely the funniest person on that show. I’m signing this petition not because she’s a woman. She just happens to be a woman.” — Kelly McCready, New York

The Amy Poehler petition calls her “a brilliant feminist and satirist” and refers to her as “a sober Chelsea Handler with a grasp of world politics.” Now, if that doesn’t sound like Comedy Central material, I don’t know what does.

Schaal’s petition is more understated, simply explaining that Schaal should get the job “because she is hilarious and it’s time for a female host for late night shows.”

Why should you listen to us?

Because we’d tune in to a female-anchored Daily Show so hard, your Nielsen ratings people would be all like, “Why didn’t we do this sooner?”

And we’re rooting for you.

You’ve recently begun to demonstrate a gender-parity awareness and focus on diversity that has given us a fresh breath of hope. We’re talking about Inside Amy Schumer, Broad City, Key and Peele and The Nightly Show. You’re making waves, Comedy Central! Fresh, funny and clever waves, and we don’t want you to stop.

Just look at all the recent late-night departures: Jay Leno, David Letterman and Craig Ferguson have all been replaced by white men. The only network to break that pattern was you. Your decision to replace The Colbert Report with The Nightly Show with Larry Wilmore stands out and floods our diversity meters with warm, fuzzy feelings.

You’re a trendsetter, so set a new trend

How many of these new network heavyweights came to their positions thanks to you?

The Daily Show is a hatching ground for new talent — developing not only its maestros, but its correspondents, as well — I mean, we don’t let you get away with calling them “The Best F***king News Team Ever” for nothing. John Oliver, Stephen Colbert and Larry Wilmore all cut their teeth with Stewart on The Daily Show. If you put a woman in the driver’s seat, you will add legitimacy to female hosts for all of late night and — gasp — possibly unleash a ripple effect that would be felt for years to come.

We’re so ready for that ripple, we can almost taste it!