By now, you’ve probably heard the news that Jon Stewart is leaving The Daily Show.

Stewart officially announced his departure during Tuesday’s taping of the show, causing Twitter to light up in both anger and speculation about what the future holds for the beloved host.

Though the next step for Stewart remains unclear at this point, one thing is resoundingly clear: He will be sorely missed by Daily Show fans. Over the years, viewers have come to rely on Stewart’s passionate and hilarious outlook on the state of modern politics and the world we live in today. Stewart’s dry humor is truly one of a kind, and the Daily Show seemed to be the perfect outlet for him to speak his mind.

More: Jon Stewart is trying to break the internet with his hairy nipples (PHOTO)

What happens when you have an outspoken person who is passionate about social issues and frustrated with the media and the government? Well, sometimes they get angry, and Stewart did just that. He blew a gasket on the show at least a couple times, but still managed to stay articulate and always drove home his point. Here are some of the hot topics that made Stewart really pissed off on his show.

After the officers who choked Garner to death failed to be indicted, Stewart expressed his frustration with the excuses being made about Garner’s death. “People continued to blame this death on anything but the injustices of a flawed system,” Stewart said, referencing comments made about Garner’s size and the fact that even the man who videoed the incident faced charges, while officers did not.

Stewart also tackled the topic here and got quite emotional:

In this clip, Stewart takes on big corporations who participate in tax inversion, which basically means taking their headquarters overseas to dodge taxes. He gets a little worked up while talking about a “boner-pill company” called Mylan, which participated in inversion and was called a “refugee.”

Stewart’s issue here is not so much climate change itself, but the fact that political figures can’t seem to wrap their heads around the basic concept of global warming. At 6:10, Stewart can’t do anything but put his head in his hands and by the end of the clip, he’s literally melting down in a bowl of ice.

Ah, their feud is just so fun to watch. Though they butt heads on a variety of topics, Stewart is especially ticked off that O’Reilly refuses to admit that white privilege exists. The debate is epically uncomfortable.

Nothing pisses off Stewart like good ol’ hypocrisy, and the debate about marijuana really chaps his hide. He’s quick to point out that while pot is vilified, alcohol is celebrated and totally socially acceptable.

Stewart’s “getting the band back together” comparison is brilliant in this clip. Almost as brilliant as his Southern accent. 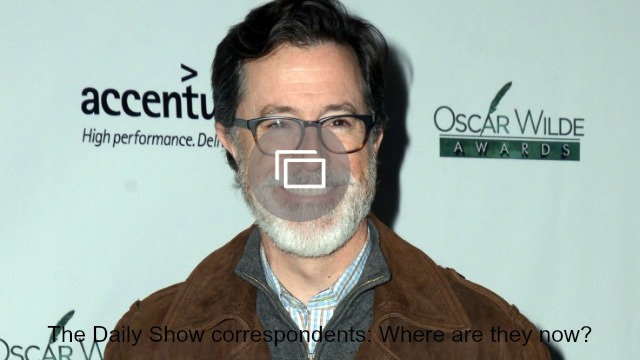