Rebel Wilson’s new comedy premiered in Australia last night and it got me thinking about all the Aussies making a name for themselves in Hollywood. From Rebel Wilson to Rove McManus, let’s take a look at them, what they’re doing and how they started out. 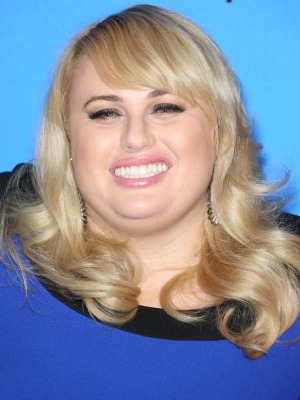 All-round funny lady and star of Super Fun Night, Rebel Wilson got her first TV gig on Fat Pizza on SBS. But look at her now! Apart from starring in her own television series, she also produced and starred in Bogan Pride and won the Tropfest Best Actress Award for her role in Bargain.

Baz Luhrmann has been wowing audiences around the world with his blockbuster movies for ages. But after the success of The Great Gatsby, Luhrmann will be recognised at a benefit dinner in Los Angeles next week, along with Jacki Weaver and Joel Edgerton. Luhrmann grew up in a small rural community before enrolling into the National Institute of Dramatic Arts (NIDA), which is where his show business career began.

Rove and wife expecting: Rove McManus is all set to be a dad >>

Remember Rove? Of course we do! Well, since the recent father-to-be left our television screens, he’s been fronting his very own talk show, Rove LA, in the U.S. The multiple Gold Logie Award winner hangs out every week with some of Hollywood’s biggest names on the set of his comedy talk show. Nice work, Rove!