Organic wine is the latest trend to sweep sommeliers off their feet, but is it really that much tastier — or healthier — than regular wine? 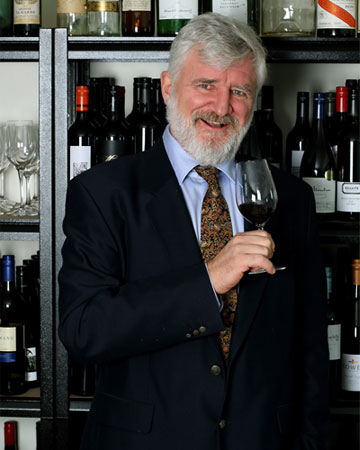 The answer is yes, according to wine industry veteran Rob Geddes, author of Australian Wine Vintages and one of the few Australians to be awarded a “Master of Wine”.

“Upon returning to Australia from London in 1991, I pointed to the growth in sales of organic wines — a trend that has not abated over 20 years — to encourage low-cost growers of a future for their grapes,” he explains.

“We have the climate and the knowledge to do this well… and today, a number of skillful [Australian] producers deliver quality organic wines.”

What makes organic wine so sought after? In simple terms, it is made from grapes grown in accordance with principles of organic farming, which typically excludes the use of chemical-based fertilisers, pesticides, fungicides and herbicides. The result is a tasty alcoholic beverage that is slightly better for you than regular wine, as it’s not overflowing with artificial nasties.

Tips for embracing organic food in your daily diet >>

Geddes has tried his fair share of organic wines, and he shares his favourite four producers with SheKnows Australia. All you need now is a cheeseboard and a nice view!

“Cullen Wines in Western Australia would be our highest-profile organic producer with world-class Margaret River wines that are both biodynamic and organic,” Geddes explains. “With the vineyard, changes have come — wines with less alcohol, more flavour and refined tannins. In recent years, their chardonnay has won major awards at international wine shows against all comers, a sure indication they are on the right path.”

Jasper Hill Vineyard at Heathcote in Victoria has been “at the forefront of the biodynamic and organic movement,” Geddes says, resulting in delicious wines full of mineral savouriness. “Owner Ron Laughton is a trained food chemist, which gave him a different perspective to making wine from conventionally-trained winemakers, and leading him to adopt minimalistic approaches to produce wines that are food-friendly and refined.”

“The Kalleske family of Greenock in the Barossa Valley were among the very first to question conventional wisdom in the 1970s and have been solidly refining their wine styles since bursting on the scene in the early 2000s with a great range of wines,” Geddes says. “Their northern Barossa style of ripe fruit and silky tannins makes wines with deep blackberry and cola flavours that are among the most pure examples of the region. Young winemaker Troy Kalleske has extensive international and local experience under his belt, which has given him a love of the ripe berry flavours of his part of the Barossa.”

Based at Mudgee, Lowe Family Wines is one of New South Wales’ leaders, producing an exciting range of organic and preservative-free wines. “A varied career overseas and with industry legend Len Evans has enabled David Lowe to understand wine at a deeper level than many,” Geddes explains. “He draws on a range of vineyards, including a 1,000-metre altitude Nullo Mountain, which creates whites of exceptional freshness, while his reds are generous and full of flavour.” 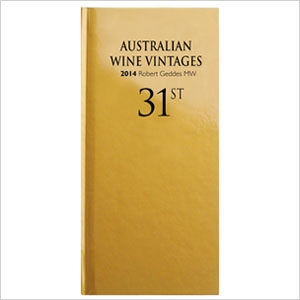 Rob Geddes is the author of Australian Wine Vintages. The 31st edition is now available at book stores or at www.thegoldbook.com.au.

The health benefits of chocolate
Creating a balanced meal: The perfect plate
Cocktails without the calories