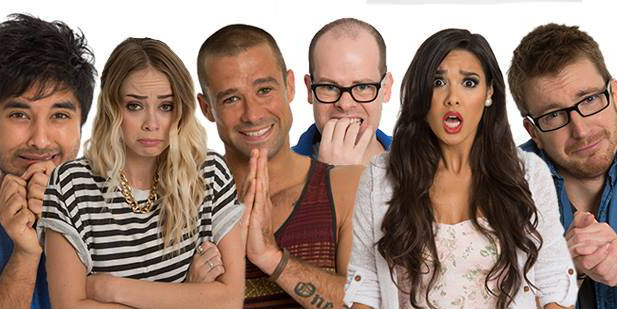 When Big Brother first screened on Australian TV in 2001, it took reality TV to a whole new level. We were addicted to tuning in on a nightly basis to get our fix of watching ordinary people talk about not much and complete challenges. Big Brother was responsible for thousands of Australians learning to bum dance and coined the phrase “doona dancing”. An average of 1.4 million viewers tuned in over the first season.

Fast forward to 2013 and Big Brother is back. It’s been likened to seeing a car accident. You don’t really want to watch but you can’t help but look. As well as having the option to view it on TV, you can also stream Big Brother live online or catch up on any episodes on the official Big Brother website. On Monday, Aug.13, Big Brother had 972,000 viewers, proving it does still have a fan base. But it didn’t quite surpass the top shows of the night, The X-Factor (1.43 million) and Hamish and Andy’s Gap Year Asia (1.23 million).

While this season seems to have failed to create the buzz Channel 9 was hoping for, Big Brother Australia has started to draw an international audience, who are ditching the U.S. and U.K. versions of the show to watch a bunch of Aussies compete for $250,000.

One thing missing from Channel 9’s Big Brother has been the late-night adult edition of the show — the bits that aren’t suitable for prime time viewing. Channel 9 was trying to keep the show family-friendly. However, the fans wanted it back and it seems the Big Brother executives are coming to the party with a show called Late Night Feast, which focuses more on adult conversation than the nudity and smut that Big Brother Uncut was famous for when it aired on Channel 10. The new show premieres on Tuesday, Aug. 27 at 9:30 p.m.

If you haven’t watched anything from Big Brother at all so far, the big twist of 2013 is unlucky for some. The house is divided in two. Housemates are split between a pokey half-sized house with no spa, pool or kitchen facilities and a cold shower which relies on pedal power and a luxurious pad with all the mod cons. Other twists have included a couple of housemates posing as a married couple and special guest George Clooney (a stumpy-tailed cattle dog, not the Hollywood actor).

It’s a mixed bag of reviews for Big Brother 2013. Love it or hate it, there is still a fiercely loyal fan base, but is it enough for another season in 2014? What are you thoughts?