It seems Pink’s Aussie concerts are filled with more than just her amazing high-flying stunts. Her latest concert has resulted in something more than two audience members bargained for.

The “Just Give Me A Reason” singer has revealed what an eventful experience her concerts can be, even if you’re just in the audience. Pink is currently touring Australia with her The Truth About Love show and performed in Sydney last night. 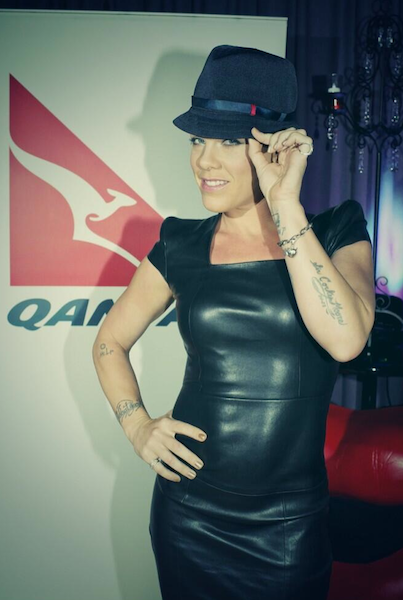 In Pink’s own words from Twitter she said, “Let’s see… Tonight I proposed for someone in the audience and she said yes… And then I sent a woman into labor! Great night!”

Yep, it sure was a night that these two ladies won’t ever forget!

However, it’s not just this concert that has become much-talked about.

During a show at the weekend, Pink was getting right into her act and interacting with her audience members when she grabbed a rainbow “gay pride” flag and draped it across her shoulders.

Well, apparently this simple act was cause for online trolls to throw their venom in her direction and label her a lesbian.

Guess what? She ain’t fazed. Instead it’s a label that she welcomes and embraces. Pink took to Twitter to shut up the haters and challenge their intelligence.

Fun fact:when you twitter me and say “you’re a lesbian” it really doesn’t bother me at all. It’s a compliment. Most of my fav ppl are, so…

I’m sure all of you hate filled humans can come up with something a little worse than that?!? Come on- be creative. You have 140 characters!

That strong, positive attitude is exactly why we love her so much!