Big news for Aussie fans and the local film industry, with Angelina Jolie touted to film her next flick Down Under.

Following a top secret visit to Australia last week, it has been leaked that we’re the likely destination for Angelina Jolie‘s next big directorial job on the movie Unbroken. 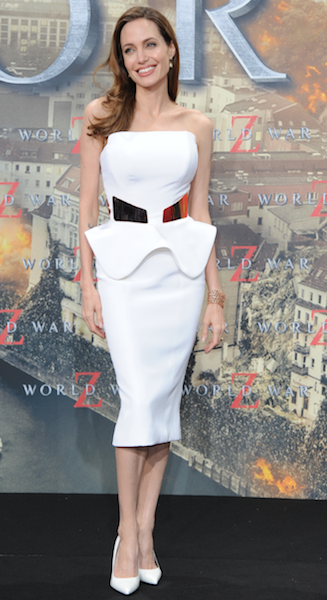 Universal Pictures hasn’t confirmed the exciting news yet, however, local press in Hawaii is lamenting the move from the island destination to Australia.

Pacific Business News is reporting, “Actress and director Angelina Jolie, who was in Hawaii last month scouting locations for her new movie, will film Unbroken in Australia instead.” The news follows the closing of the movie’s production office in Waikiki — though some smaller scenes could still be shot there.

This exciting development has helped ease inquisitive minds (aka the media) who pondered why Jolie quietly stopped by Australia last week to tour Sydney and the Gold Coast.

Unbroken is based on the true story of WWII survivor and U.S. track star Louis Zamperini whose plane crashed in the Pacific Ocean. With Zamperini having spent nearly two months on a life raft, it’s thought that the movie could be filmed in a purpose-built water tank at Warner Bros. Studios on the Gold Coast.

We could be hearing “lights, camera, action” as early as September, raising hopes that Jolie will re-locate her husband, Brad Pitt, and their six children to our nation. It’s also heartening to see Jolie and her clan moving on with life following her brave decision to undergo a double mastectomy earlier this year.

There are still limited details on who will star in the movie, but IMDb has listed Jack O’Connell to play Zamperini and has only offered 2014 as the potential release time frame.