If ever there was a reported tour to excite Aussie fans, it has to be news that the Duke and Duchess of Cambridge might visit with the royal baby next year.

That’s right! While the excitement might be focused on the Duchess’ looming due date this weekend, plans are already underway for royal commitments in early 2014. 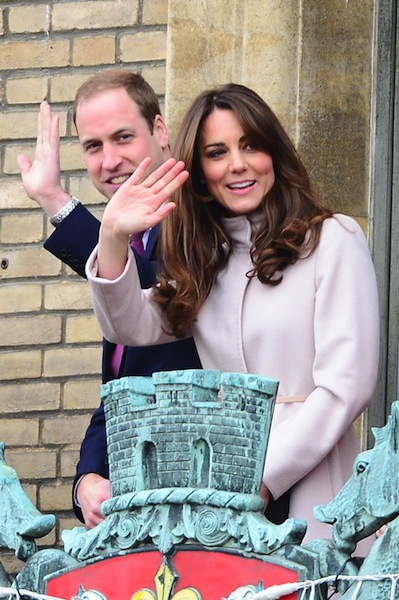 Us Weekly is reporting that the soon-to-be family of three has started considering official tours as part of their recommencement of royal duties — the expectant mother barely took a few months off after suffering from extreme morning sickness in the first trimester and has since attended public engagements frequently during her pregnancy.

See these new developments about the royal baby >>

A source has spoken to Us Weekly saying, “The trip is planned for Australia and New Zealand.” And we are crossing our fingers tightly that this “insider” is correct!

If the trip does come to be, it would be in a nod to Prince William’s mother, Princess Diana, who brought him to Australia as a 9-month-old in 1983. In fact, it led to her giving him the nickname “wombat”.

Just last month another source told Us Weekly, “While it is a deeply personal and private event, the Duke and Duchess of Cambridge realize this is a time of national celebration and that there will be vast interest in the baby… They realize many people will want to share in their happiness.”

Of course, while it is true that the public wants to share in their excitement, we hope they have enough personal space to enjoy this special time and raise their baby their way.