Aussie fans have waited 25 years for this and now finally our favourite pop-singing sisters will reunite for a TV special.

It’s been announced that Kylie and Dannii Minogue will come together for the Aussie X-Factor. It’s currently being filmed and will be shown on our small screens later this year. 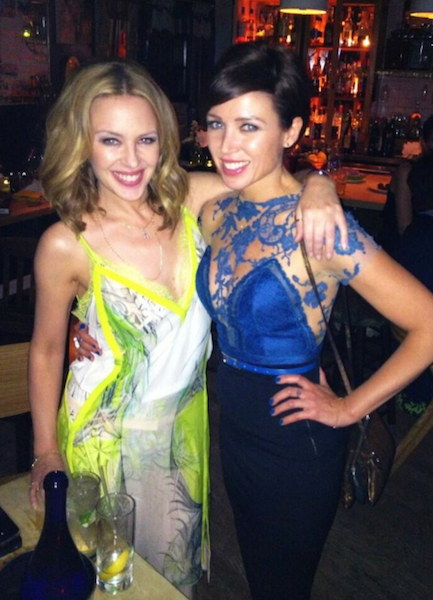 Dannii is on the judging panel and called on her sister to mentor her contestants, shooting the much-anticipated episode in New York last week.

Sisterly love: Kylie Minogue and Dannii Minogue always stand by each other >>

The songbirds haven’t been seen together on TV since 1987 when they were first making a name for themselves on the hit show Young Talent Time.

The sisters spoke to news.com.au and Kylie joked when remembering their ’80s TV appearances.

“I don’t even want to think of how long ago that was [working on Young Talent Time]. My hair was bigger, my waist was smaller… good times.”

Dannii, a mum of one, has taken on the Aussie judging role after much success on the British version where she unearthed great talent, including One Direction.

Now, she couldn’t think of a better person to pair with on the local talent show saying, “Kylie is a huge X-Factor fan.”

Even though Kylie is busy recording her latest album, the 45-year-old agreed that it’s a perfect on-screen match saying she is “just along for the ride.”

“It’s really fun to do something together, so it was a done deal when she asked me. This feels normal for us.

“This kind of show is one of Dannii’s natural habitats, but I do feel at home on a TV set and being with my sister,” Kylie said.

We can’t wait to tune in and re-live our favourite pop singing duo!