It was the most anticipated entertainment event of 2013 and, for the lucky Aussie celebrities who attended The Great Gatsby premiere in Sydney overnight, it didn’t disappoint. 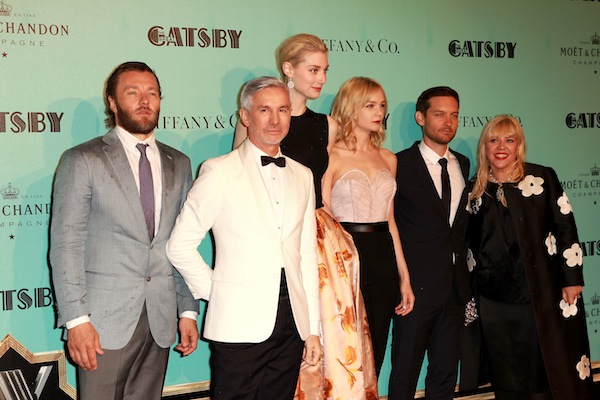 In the city where it all began and nearly two years later, movie stars and local personalities came out to launch Aussie director Baz Luhrmann‘s highly anticipated movie, based on F. Scott Fitzgerald’s epic novel.

Despite an unpleasant drizzle, the movie‘s big names hit the red carpet to talk to the press, praise the flick and enthuse their love for the harbour city.

Fans waited patiently to see Carey Mulligan and Tobey Maguire walk the entryway, along with Gatsby‘s other stars such as Joel Edgerton and Elizabeth Debicki. Luhrmann was front and centre of the group, joined by his costume designer wife Catherine Martin.

In a number of media interviews before and during the event, Luhrmann eluded to “personal reasons” being behind the absence of leading man Leonardo DiCaprio despite earlier reports of a schedule conflict.

“I know he made the right decision. He shouldn’t be here,” Luhrmann told news.com.au, adding, “there are things in your own personal life where you’ve got to draw a line and we talked about it. He did exactly the right thing in my opinion.”

Meanwhile when asked how she felt about returning to Sydney’s Fox Studios for the premiere, Mulligan told the news website, “I’m feeling really nostalgic, as we were driving up I thought this is how I’d go to work every day.”

The movie opens to the public next Thursday May 30.