It’s official: Melanie Brown (better known as Mel B) cannot go ahead with her plans to work on the revamped Australia’s Got Talent, following a court ruling. 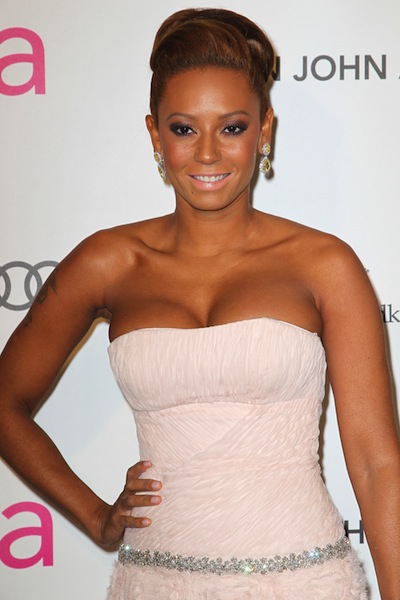 The pop star, aka Scary Spice, is now bound to see out her contract with Channel 7 for the remaining year after the courts ruled in favour of the station this week. The former The X Factor judge was trying to jump ship to work on Channel Nine’s talent quest.

The Spice Girl has been with Channel 7 for three years, garnering a good local following as a celebrity judge and it’s believed, according to statements made by the station in court, that she agreed it would be the only channel she would appear on in 2013.

However, in February she left the show, packed up and moved back to America, claiming to have custody issues with the fathers of her children (including former flames Jimmy Gulzar and Eddie Murphy).

Then, a short while later she made the surprise announcement that she was going to fill a seat on Channel Nine’s Australia’s Got Talent later this year. And so followed the legal battle between the TV stations.

Now Channel Nine is scrambling to find another celebrity judge so that filming can commence as scheduled next month. Rumours have already begun circulating, including one that the station might be pursuing another Spice Girl, Geri Halliwell.

Whoever it is, they will be joining an eclectic panel of fellow judges, including hip hop artist Timomatic, British comedienne Dawn French and shock jock, Kyle Sandilands.

Brown is still in the U.S. working on America’s Got Talent and is yet to comment on the legal ruling.