Get ready, Aussie fans, Rihanna’s Diamonds tour is about to go on sale.

That’s right, the 25-year-old singer has just announced that she will be coming Down Under later this year. 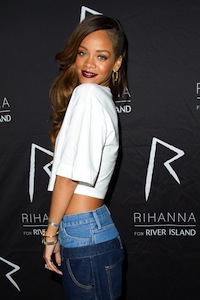 Her Diamonds World Tour kicked off in Buffalo, New York, last Friday, but Rihanna has since cancelled her next concerts in Boston and Baltimore after falling ill with the flu and laryngitis.

She took to Twitter to apologise to her fans:

“I hate disappointing people that never let me down!! I’m so embarrassed about this! Thank you for your prayers and well wishes! #DWT.”

Get all of the latest news and gossip about Rihanna >>

When in Oz she will put on a wild show for dedicated fans in:

The general ticket sale will start Friday Mar. 22. Anyone holding a Visa can take advantage of a pre-sale starting this Friday Mar. 15 at 9 a.m. until 5 p.m. Monday Mar. 18, unless sold out earlier.

Despite the controversy that hangs around Rihanna (namely her on-again-off-again boyfriend, Chris Brown, and a penchant for smoking pot), she is one of the best-selling music artists at the moment. The Barbados-born singer has sold over 100 million records worldwide, over a career that’s only eight years old.

Last year Time magazine placed her at number 20 on their list of “100 Most Influential People in the World”, while Forbes put her in fourth position on their “Celebrity 100” list.