Head buzzing? From more alcohol to spicy tripe, these are the craziest cures from around the world. 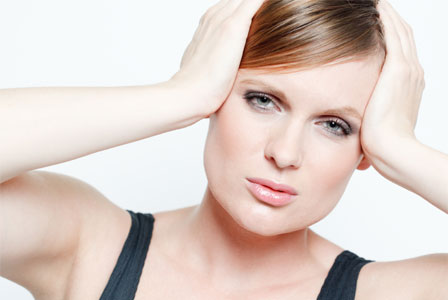 You start out with a cocktail or two and next thing you know you’re doing jelly shots and dancing on tables. We’ve all been there. Great fun at the time but the next day is inevitably somewhat dicey.

Before you reach for the pills and the energy drink, take a look at this list of hangover cures from around the world. You might just find some inspiration (emphasis on might).

If you’ve watched as much American TV as we have, you’ll have seen this little number before (and probably balked at the idea). In certain areas of the States, they drink the Prairie Oyster, which is a cocktail designed to put hairs on your chest and give you a kick up the tush the day after. Consisting of a raw egg in a glass, mixed with Worcestershire sauce, Tabasco sauce, vinegar, salt and pepper, the idea is you down the whole thing in one and you are subsequently fit to face the day. We thought the idea was to avoid being sick?

What Mongolians refer to as “buffalo milk” is their hangover remedy of choice. Sure, dairy might sound questionable, especially such thick dairy, but you’re willing to give it a try, right? Well how about if we told you “buffalo milk” was actually just a big, boozy cocktail of ice cream, rum, more rum, crème liquor and cream?

Alternatively, you can go for pickled sheep eyes in tomato juice. Boozy cocktail it is then.

Trust the Germans. Ever the alcohol aficionados, it should come as no surprise that after a session at the infamous Oktoberfest, you can tuck into some specifically-designed-for-hangovers-cuisine. Known as rollmops, the hangover breakfast of choice in Germany is a pickled herring wrap stuffed with pickled cucumber and onion. Just to be clear — yes, the herring replaces the bread.

Romania’s hangover cure is at least based in logic as far as we can see. If you want fats and protein, where better to look than a cow’s stomach? Well, maybe there are far more appetising ingredients, but in Romania they’ll stick to the tripe in a salty soup with vegetables.

Aside from Godfather connections, Sicily is known for the finer things in life: wine, fresh food, beautiful countryside and relaxation. You may be shocked to find out, then, that their hangover cure isn’t sun-dried tomatoes and olive oil on bread. Instead it’s the rather brutish and frankly disturbing snack of dried bull’s penis. It’s supposed to boost virility. We’ll leave the Sicilian guys to that.