Reality TV’s craziest crew is about to hit our country and we can only imagine the kind of partying that is about to take place. 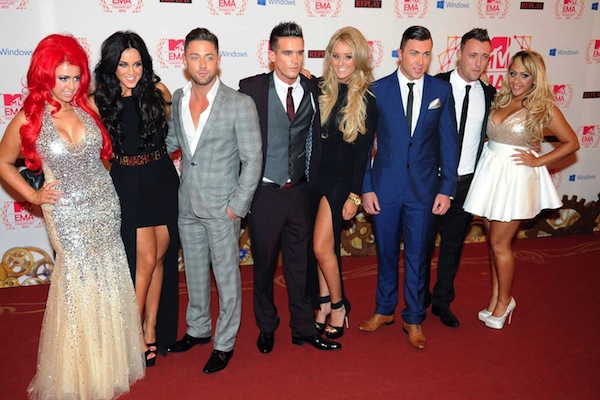 The opening episode will air on MTV tonight, ahead of the cast travelling to Oz this autumn. To mark the occasion, two of the main stars, Charlotte-Letitia Crosby and James Tindale, stopped in Australia with a visit to Wagga Wagga.

Crosby told News.com.au that Australia has always been on their bucket-list.

“It’s the perfect place. The beaches, the nightlife… It’s going to be better than Cancun [season three],” Crosby enthused to the news website.

One thing is certain, outrageous party dresses and wild nights will be featured on the show, but for now Crosby is focused on something a little more low key.

“Wagga Wagga looks like a good place to get a tan, I’ll be gutted if I don’t go back with tan,” Crosby said.

When pressed on what viewers can expect this season, the 22-year-old teased, “There’s going to be some sex, but can you guess who it’s between?” She did, however, assure News.com.au that it wasn’t going to involve her and on-again-off-again love interest, Gary Beadle.

“Me and Gary, we were never going to get back together. People need to stop wishing it,” she said.

First pitched as a spinoff from Jersey Shore, Geordie Shore has now earned it’s own popularity. It is MTV UK’s best rating show ever and is the most popular (subscription TV) show among 16–29 year old Australians.