One of our favourite talent show judges is leaving us for a stint on another TV show in America.

Mel B, aka Scary Spice, has signed a lucrative deal that has already led to her packing up her Sydney-side home and moving her family to LA. 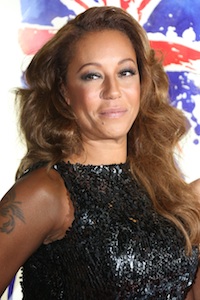 The sassy judge we know and love on Channel Seven’s X Factor, is set to take her critical eye to America’s Got Talent.

The hit US show officially announced Brown, who is believed to have signed a multi-million dollar contract, as a judge yesterday. She will sit alongside fellow judges Howard Stern and Howie Mandel, making what we think will be some eyebrow-raising commentary.

Mel B has virtually been adopted by Australians, who either applauded or were shocked by her honesty and witty feedback on the local singing show. There were also rumours of in-fighting with fellow judge, Natalie Bassingthwaighte.

We don’t, however, have to grab the tissues just yet, as Brown is understood to still have a deal with Channel Seven and will return to our small screens later this year for the third season of X Factor.

Brown will be filling the judge’s seat left empty by Sharon Osbourne, who quit America’s Got Talent in protest over the TV network’s decision not to recruit her son, Jack Osbourne, for Stars Earn Stripes (a physically demanding show) after he was diagnosed with multiple sclerosis.

The Osbourne matriarch is believed to be swapping continents with Brown, following rumours she may have a role on Australia’s Got Talent when Channel Nine refreshes it this year.

14 hrs ago
by Lily Shell